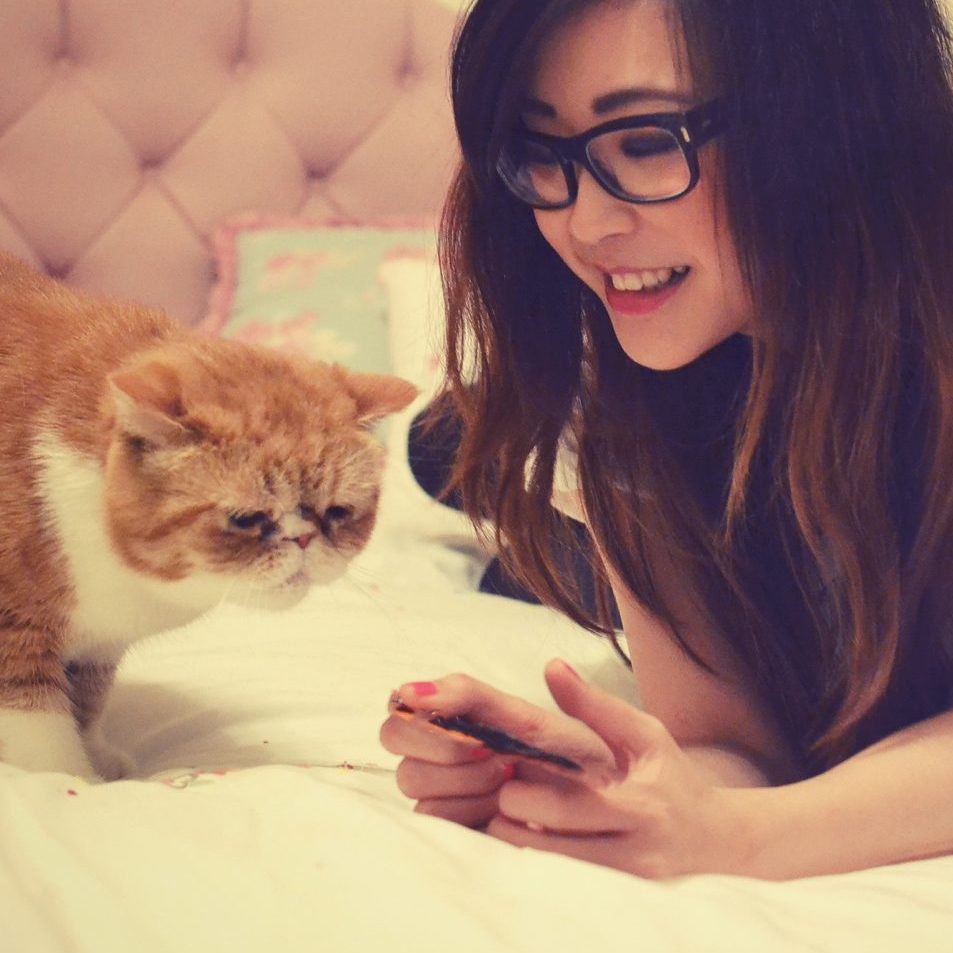 5 Reasons Why I Am A Cat Person

Are you a cat person or a dog person? That is the question!

Being asked if you’re a cat or dog person can divide opinions. As a nation of pet lovers, most of us will either have cats or dogs, or if you’re lucky like me, both.

Personally, being asked whether I consider myself a cat or a dog person, I would imagine is probably a bit like asking a parent to choose their favourite child. My pets are quite literally like my children, I care for them as if they were babies, so by default, I’d say I am both because I love cats and dogs equally! 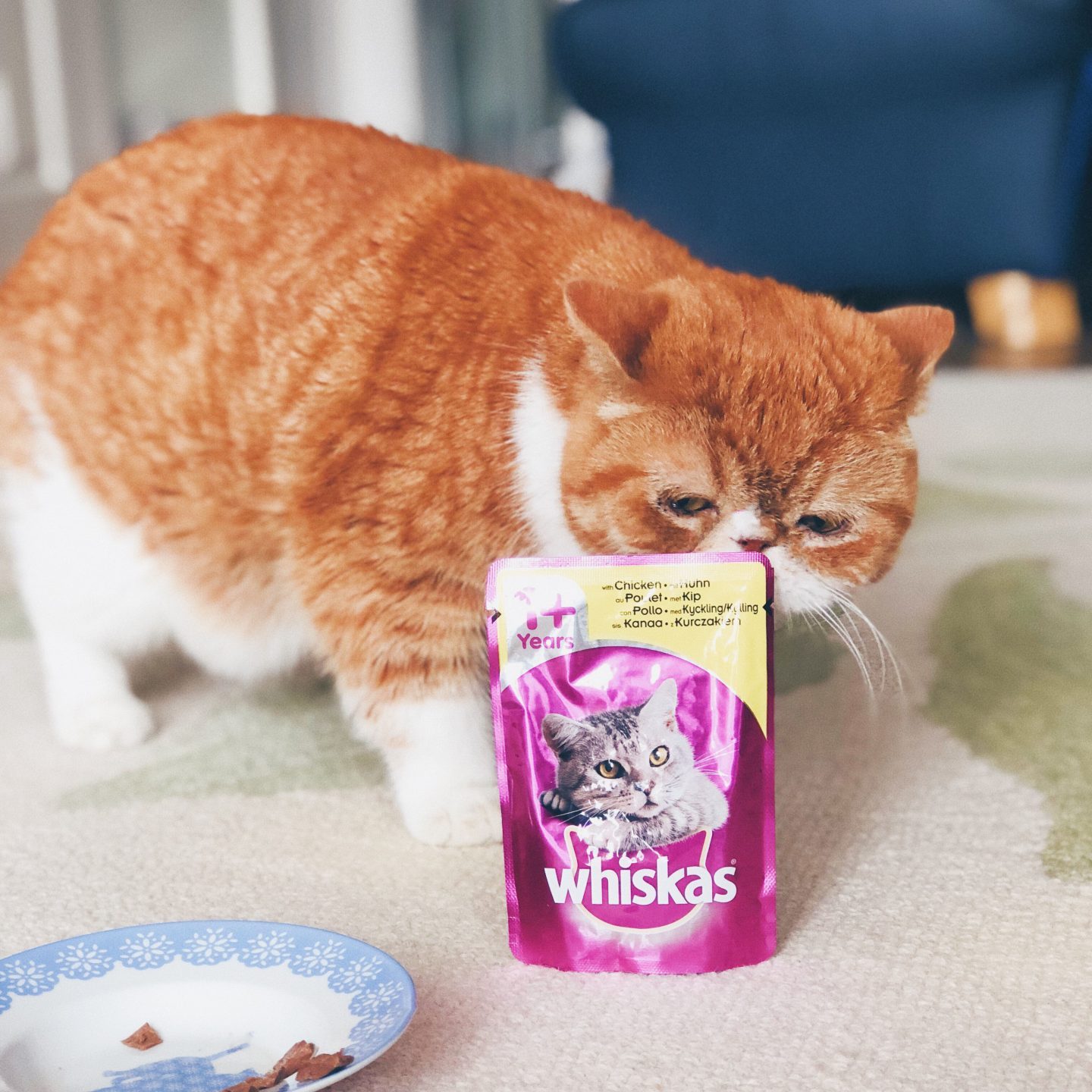 But if I really had to choose, I would say that my personality is much more suited to a cat. Now, that doesn’t mean to say that I favour Oscar (the cat) over Bonnie (the dog) but my personality is comparable to that of a cat. Quiet, really chilled, slightly introvert, and we’re both very smart… (debatable, huh).

However, get on the wrong side of me and I’ll hiss at you and I will (metaphorically) scratch if you get in my personal space. Other than that, I’ll happily lay next to a radiator all day long and run to anyone who has bought me treats. In what other ways are we similar? 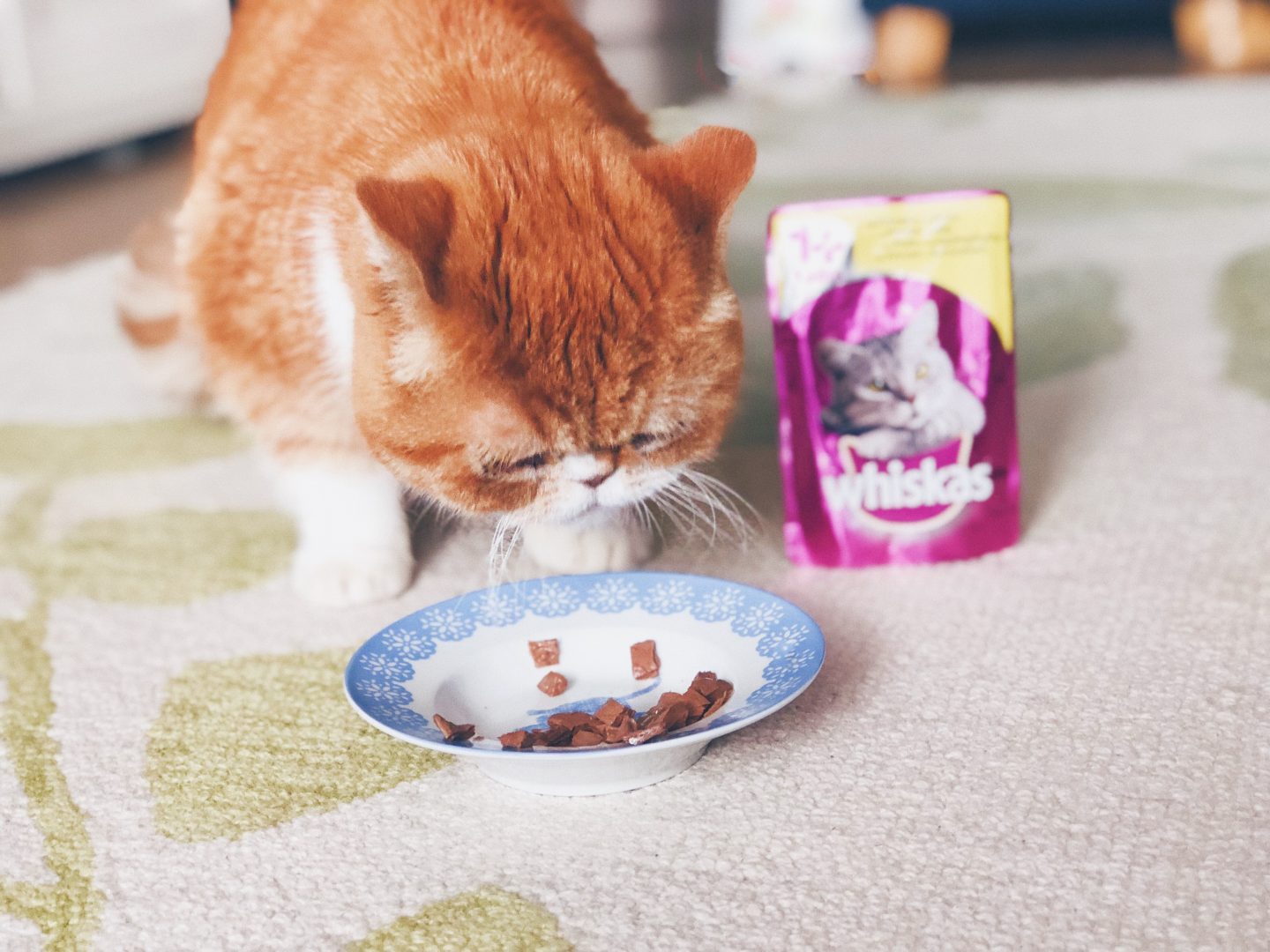 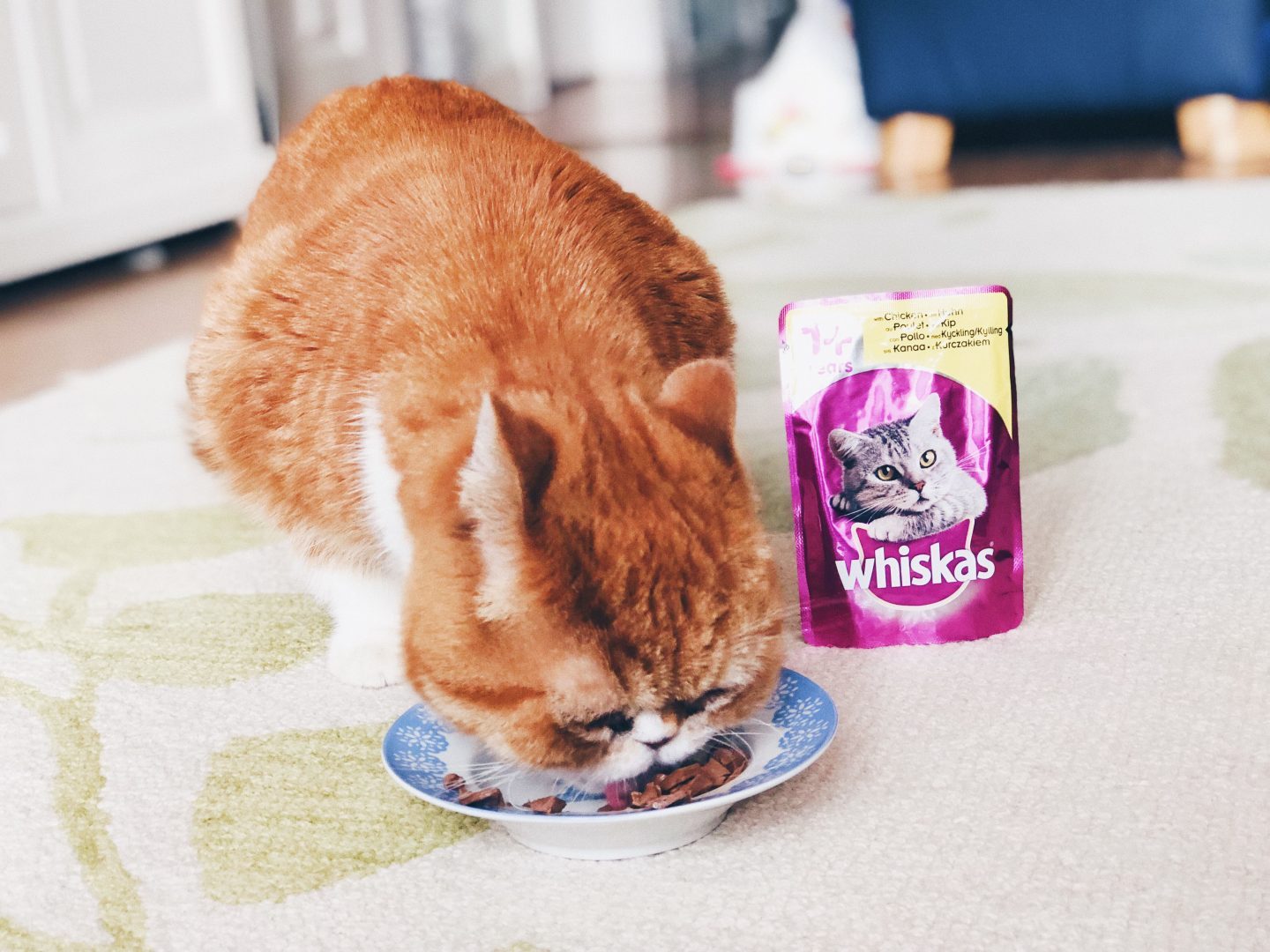 Um, well, yeahhhh. Goes without saying. My cat (all cats!) loves food and they take their time eating, whereas the dog will wolf it down in 3 seconds like she’s performing some kind of magic trick. I’m not annoyingly slow but I take time to enjoy meals, mainly so I don’t get indigestion because that is crazy painful.

Recently, WHISKAS® got in touch to introduce Oscar to their new range of Cat Casseroles.

And being his best human, I couldn’t decline a blogger gift to my one and only, especially if it involves food and treats! As the OG star of my blog who was featured in one of my first blogposts back in 2009, and used to have his own weekly features, he deserves to be treated to blogger gifts every now and then.

He’s actually a very fussy eater – he’s not allowed milk because he’s lactose intolerant and he turns his nose up at fish – so everything I learned about cats from the cartoons is total lie. He also doesn’t like to try anything new but actually, as you can see, he was keen to sample the new WHISKAS® Cat Casseroles and ate it a lot quicker than usual. Which can only mean that his verdict for WHISKAS® Cat Casseroles is a two furry thumbs up… I mean, if he had thumbs, that is. 🐾 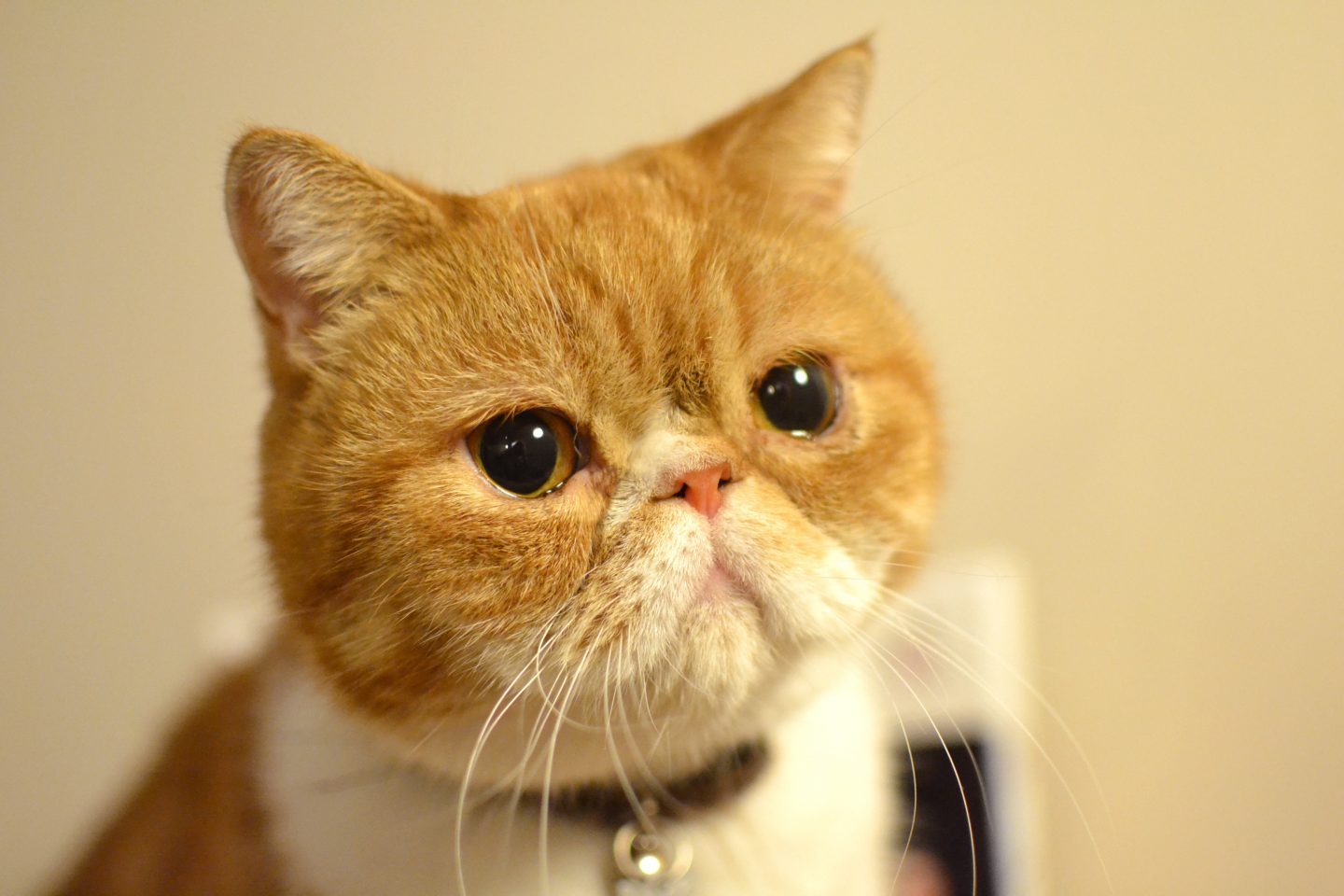 In the past, I would never have considered myself self-sufficient, but I’ve really surprised myself as to how independent I’ve become. I’m really quite proud of that!

Just like a cat, I’m fiercely independent, can fend for myself, and don’t need to rely on others… or thats what we lead you to believe. I mean, in my case, it’s absolutely true; 100% independent, can totally fend for myself, and I would rather eat my eyeballs than ask for help. But Oscar? I don’t quite believe the facade. He acts all cool about it, and that’s fine, because deep down, I know he knows that he needs us. He’s a house cat so has never been challenged but if he ever went out in to the big wide world, I’m not so sure he’d be able to look after himself.

We love our ‘me time’

It’s heart-warming when Oscar chooses to show his you love by sitting next to you or cuddling up with you when you’re watching tv. But once he’s had enough, that’s it. There’s no convincing the toerag to come back for extra snuggle time.

Once he’s decided he’s done with you, he’ll scoot off to his bed or a quiet corner. And you won’t see him for hours.

I’m petrified of living with someone again because I’m exactly the same. Depending on the situation, how many people there are, how well I know them,  and how much I’ve spoken, my ‘social battery’ drains very quickly. Once I’ve had enough of being around people, I’ll up and leave to find a place where I can be on my own for a bit.

I do this even when I’ve been in a club. By 2am, I’ll be sat in a toilet cubicle on my own to get 5 whole minutes of time to myself (listening to the cutest conversation from other girls in the toilet complimenting each other on their outfits). The anxious side of me that goes in to ‘fight or flight mode’, and 99.9% of the time, it’s flight, so I’ve got to recognise that as a way of being a bit stressed so I can take myself out of the situation and come back to it with a better mindset. Like, literally, if I ever feel this way, I’m bolting out and you’ll see a Sarah-shaped hole in the wall. Like, toodles, gtg, see you later. I wonder if Oscar’s the same?

My favourite thing in the world is ‘me time’, I think it’s really important for everyone to have this once a day for at least an hour. It’s a luxury that I’m not willing to sacrifice. Nope. Oscar can back me up on this one. 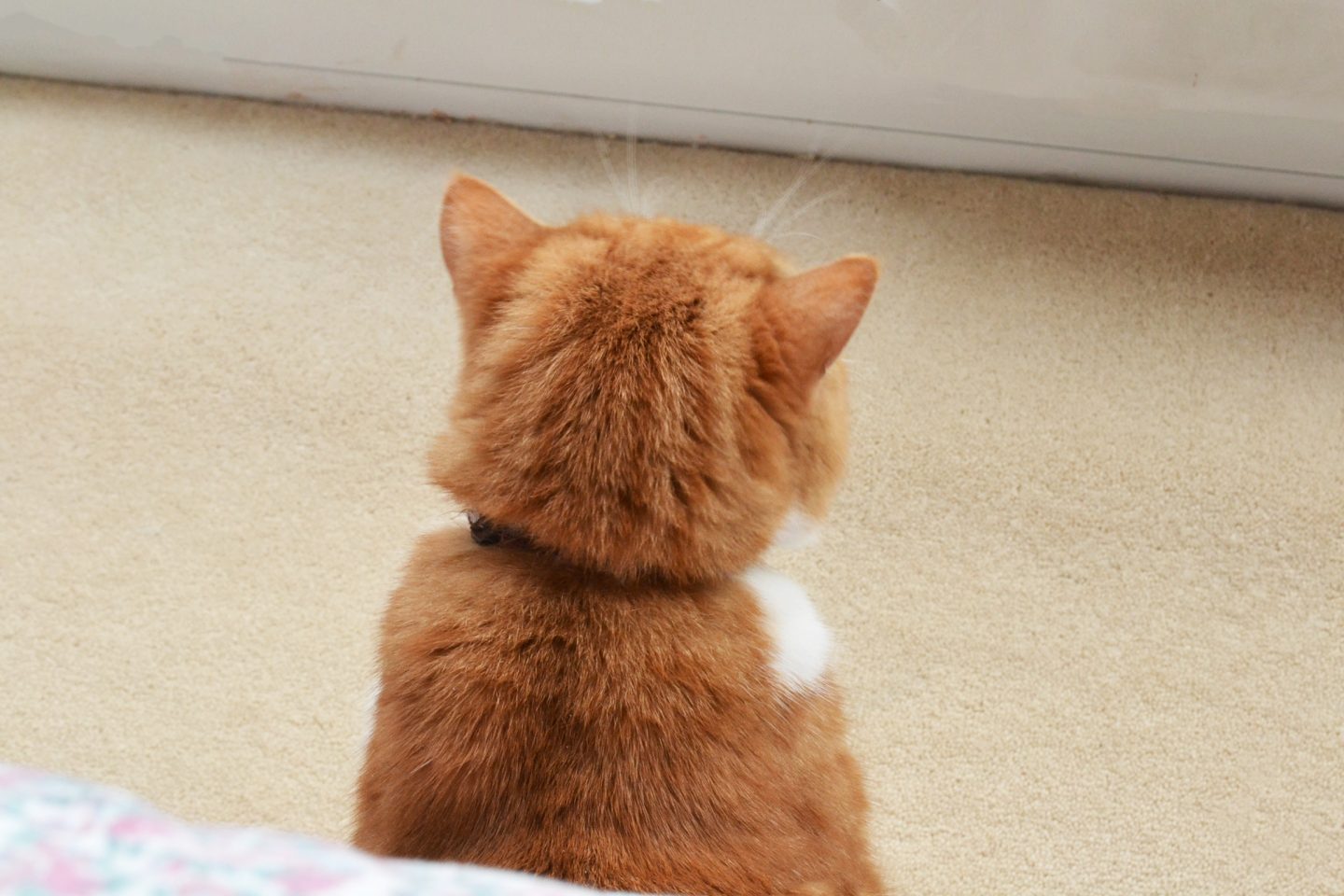 We have selective hearing

Would you just look at him in the photo above being all ignorant and stuff. Unlike our dog, Oscar has “selective” hearing and will only answer to his name when he feels like it.

As much as I hate to admit it, I also have selective hearing. I mean, I’ll answer to my name, I’m not that ignorant, but I will zone out if I hear a slight bit of negativity and this is something I’ve become really really good at this.

The key is to find something else to focus on something else and become temporarily deaf in order to ignore the conversation going on until the tone changes to something more positive.

It can be mistaken for ignorance but I swear, I don’t have time for negativity and my reaction to it is shut off and go temporarily deaf. I consider it a skill which has helped me live life with minimal stress. (Accidental) ignorance is bliss!

Ok, so I don’t necessarily enjoy routine but I like to have a bit of structure to my life. It always amazes me how animals adapt to a routine, they’re so good at it. Oscar knows what time we’re going to work when he gets a treat before we leave and he knows what time his dinner is served. He’ll be the kitchen bang on 8pm to sit beside his bowl until it’s filled with food.

We can’t stick to his routine every single day as we’re out on errands or have made plans at the weekend. He acts out and start being really naughty if we don’t stick to his routine, he pushes things off the work tops, feeds the dog butter, and obliterates the carpet. Hate to say it but I’m exactly the same! I have to plan things way ahead of schedule and if someone changes something at last minute, I find it difficult to adapt. If I was a cat, there wouldn’t be any carpet left!!

Are you a cat person?

One thought on “5 Reasons Why I Am A Cat Person”