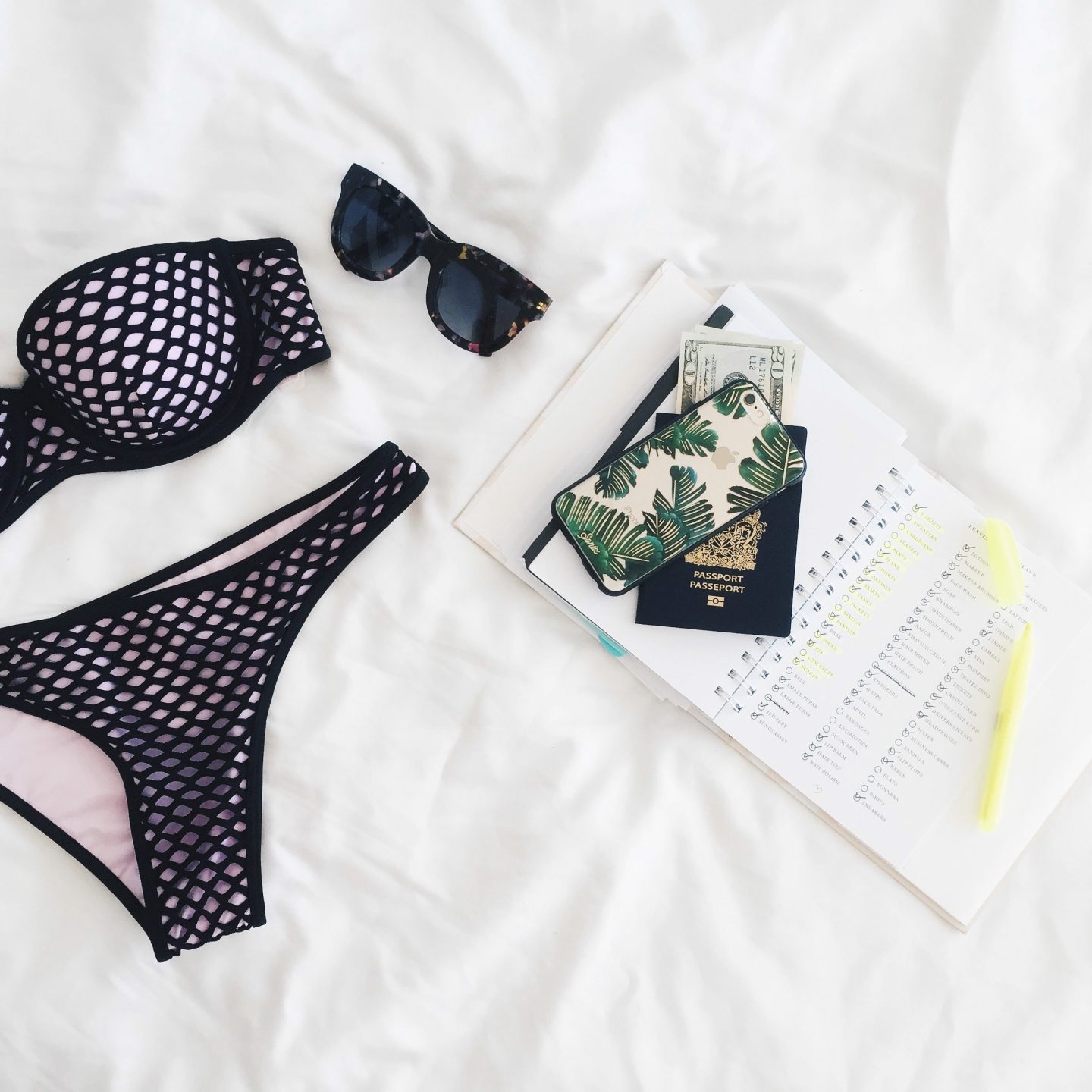 What would you do if you won a lottery bet?

That’s a question we’ve all asked ourselves before. How would you spend your winnings and what would be the first thing you’d do with all that money?

I’m a believer that money doesn’t buy you happiness, but it sure doesn’t hurt, does it?! Not if you’re sensible with it and if you’re looking for someone who’s ridiculously responsible with finances, it’s me! I would invest and accumulate or put it in an ISA of some kind but that kind of reality makes for a boring blogpost.

In fantasy land, if I won the jackpot, the first thing I’d do is go travelling for at least 6 months. I’d love to get it out of my system, see other cultures and return home as a different person.

And here are the destinations I’d want to travel to:

Everything you’ve heard about Thailand are true – it’s a dream destination for backpackers and if you’re thinking of travelling, this is an ideal country to visit. Of course, if you had substantial budget, you could travel to Thailand in style and stay in the most luxurious hotel. But I think it’s nice to experience it like a backpacker. Maybe I’d do half and half. Start off budget and then end up in a luxury hotel.

I’ve been to Thailand twice and both times were enjoyable, but the second time more than the first. Maybe it’s because I was older and appreciated it more. There’s a lot of places you could explore such as Phuket, Bangkok and Phi Phi. I’ve never been for a full week before so if money was no object I’d love to spend more time there.

Bangkok is my favourite, if you ever get a chance, I recommend The Grand Palace, floating market, Khaosan Road at night (where you’ll be dancing all night!), Chatuchak market and Terminal 21 shopping centre. 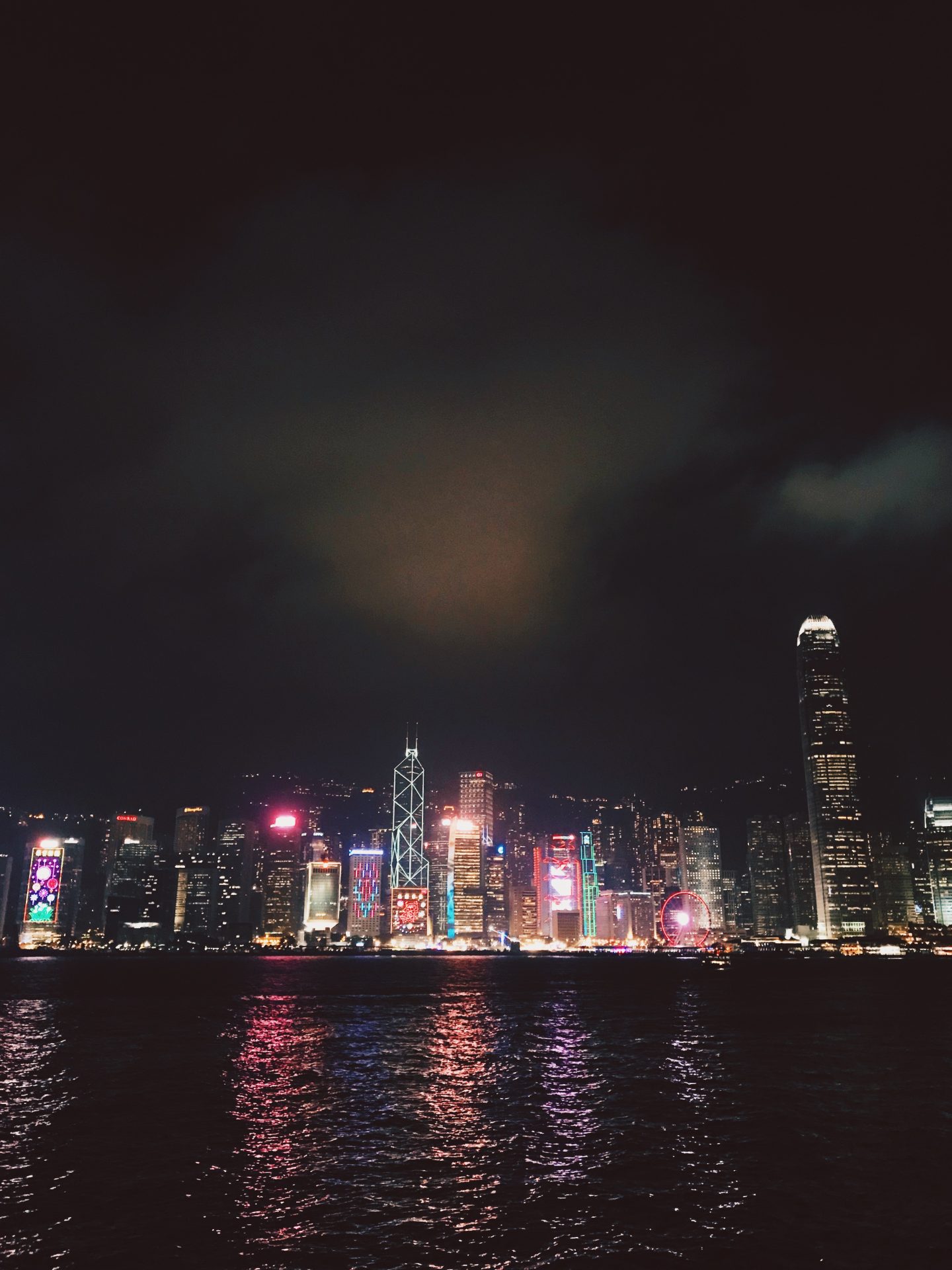 Hong Kong is my motherland, I’ll always be attracted to it. But Hong Kong is small. It’s claustrophobic, a little too crowded, and expensive more than ever. For those reasons, I don’t think I could stay in Hong Kong for more than two weeks at a time.

The longest I’ve stayed was a month and although you’ll never get bored, I had run out of money and I couldn’t wait to come home and ‘reset’. Perhaps Hong Kong is a place I could consider buying a ‘holiday home’ and travel there more frequently (if I won a large sum of money – because we’re in fantasy land here, remember). But as I’m careful with money, I’d still think twice about spending money (make-believe money) in what is dubbed one of the most expensive cities in the world.

I could talk about HK all day long and maybe I’ll do a post on it when I’ve got the time to sift through the photos I’ve got! If you’re planning a trip to Hong Kong, one place you have to visit is Victoria Peak.

Victoria Harbour at night is quite a sight too. Whilst you’re in Tsim Sha Tsui, you can browse the designer shops there and drop the dollar like you’ve won the lottery (obvs). There is a buzzing city vibe in TST (it’s pretty extra),  it is tourist hotspot so things are pretty expensive but there’s a huge choice of everything you can think of.

Other places worth noting are The Big Buddha in Lantau Island, New Town Plaza shopping centre in Sha Tin (in fact, all the shopping centre in HK!), Lamma Island, Admiralty and Central, Mong Kok Ladies Market, and Lang Kwai Fong for the party scene.

Like a lot of Brits (or for someone who was born and brought up here), London has a special place in my heart. I can’t describe how I feel about London. I feel so at home in our capital city but when I’m there, it’s not like anywhere else in England.

In fact, it feels a million miles away from the North East where I’m from. I have such fond memories and it’s like my second home. When I’ve not been for months, I develop a slight fear for it but once I’m there, I whizz around the city like I’ve lived there for years. I know it well and I bask in all it’s chaos. The fast London lifestyle suits me more than the slow pace of the north, but the living cost? Not so much. I’d move to London if I won a big chunk of money. Without a second though, I’d move there tomorrow if I could.

I’m trying to visit London more. I actually have a lot of opportunity to travel to London on a regular basis for work, but I’d like to make the effort to visit leisurely every 3 months at the very least.

I’d just come back from London (blogpost pending!) where I spent 4 days there, we stayed at an Air Bnb in Whitechapel and literally walked all around Zone 1 and 2. I clocked up some miles on the pedometer and I felt so healthy being that active, but my body felt the stress of it at the end of day 4. Which leads me on to my next wishlist destination… 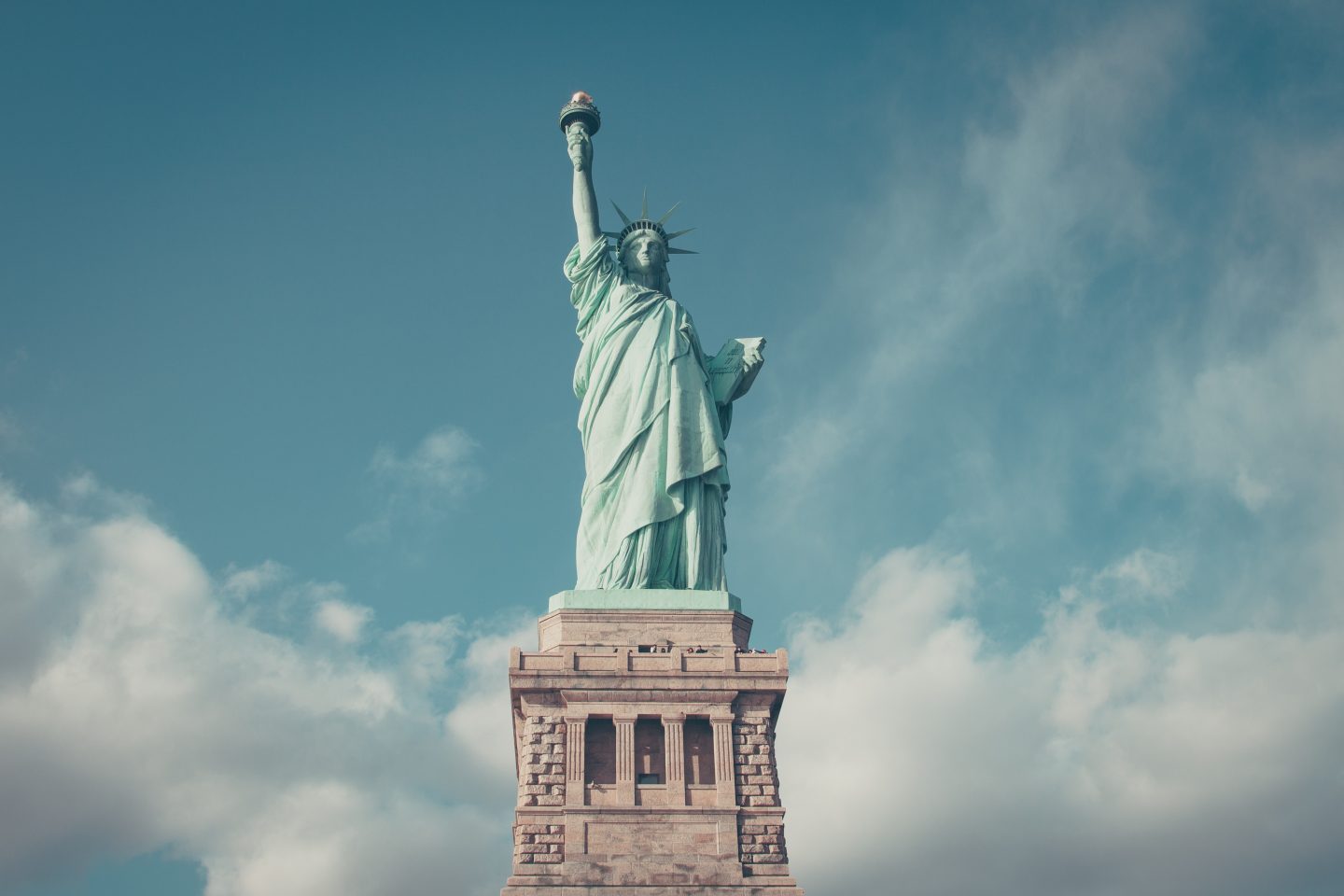 If I hit a big jackpot, booking a trip to New York is the first thing I would do! I’ve always wanted to go to NY and I thought I’d get the chance to go for my 30th birthday but things weren’t meant to be.

Since I’ve never been, I can’t recommend any places in particular but I’m always perusing Instagram to get a feel for what NYC is like.

When I was younger – I was probably about 7 years old – I had seen New York in the films and it always looks so magical. I begged my mum to take me there and she flat out refused because she said it was rough and dangerous. I thought how dare you talk about New York like that, it’s magical and I’m going to talk in an American accent until you take me there!

26 years later and I still haven’t been, so that trick obviously didn’t work! I’ve put it off for so long now, I don’t know if I want to go incase it’s not as good as I imagined it to be. But that’s impossible. It’s New York. Of course it’s going to be amazing. 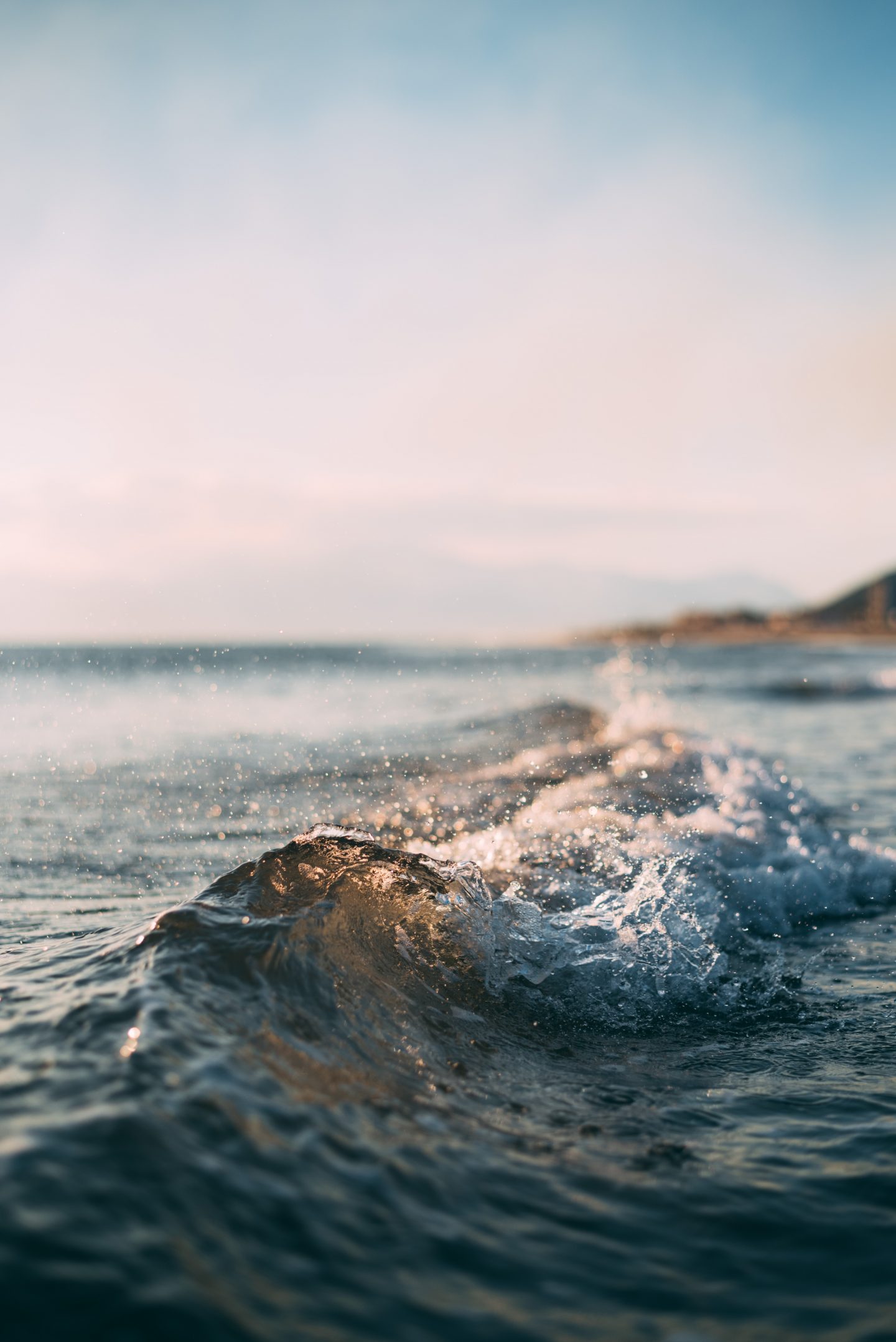 As you can tell from the above destinations, I’m not someone who finds it easy to relax. I get depressed if I sit and watch TV for longer than 2 hours and I have to find something to do every single minute. I don’t like switching off and I don’t like to sit and twiddle my thumbs.

It’s not because I don’t want to relax but I’m actually too scared to! I like to move 100mph at all times otherwise I start overthinking every stupid little things. My strategy is to just keep active so I don’t give myself the chance to panic about panicking.

I really do love being in the city. I enjoy exploring, I like being active, I secretly love the stress and the chaos – for the reason stated above. It might sound weird to some but the thought of a relaxing holiday or a ‘beach holiday’ fills me with anxiety. But after an intense 4 days in London, I know that I would, in fact, love a relaxing holiday and that there are plenty of things to explore no matter where you are in the world. Don’t get me wrong, I’ve been on sunny family holidays but I am surrounded by several family members. However, whenever I’ve booked a holiday, it’s always the city. I’ve never booked a beach holiday for myself / with partner.

Also, because I’m so frugal (with or without a big win), I’m not one of those people who likes the thought of travelling on a plane for hours and stay at a resort for the full duration of the holiday. I’m not particularly fussy with which sunny, beach destination I end up in – it could be Mauritius, the Caribbean, maybe Spain or even Cornwall! But I’d make sure I pack a lot of activities in and set a full itinerary (because I’m really fun like that…).

What would you do if you won a large sum of money? What are your dream destinations?

This post is written in collaboration with Lotto Land