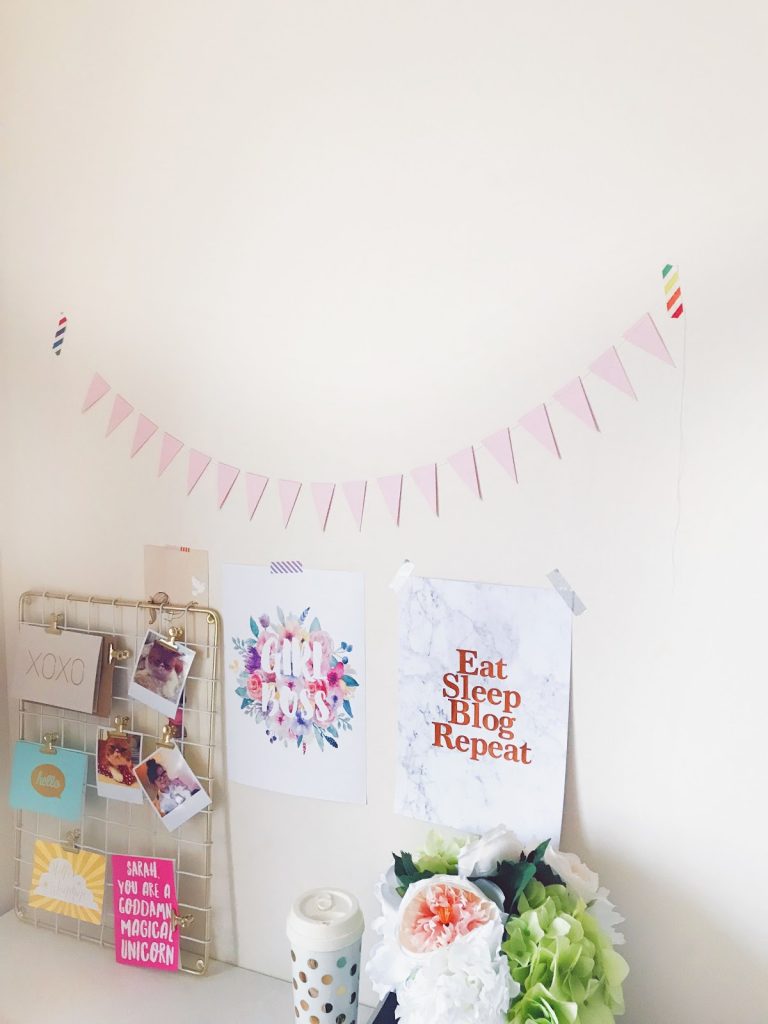 It’s normal to feel apprehensive at the start of the year, right?
I’ve had such a nice festive break (for once, NYE was better than Christmas) but I’m a little anxious about getting “back to normal”. I know it’s all in my head because I’ve spend the New year in a perfectly normal way; surrounded by family, surrounded by A LOT of food, cocooned in a protective bubble back in ol’ Yorkshire town. A perfect end to 2017.
For me, “normality” officially starts from tomorrow. I haven’t actually booked any time off throughout the festive season and I have been back to the office between Christmas and now, but it just so happens that the first day of the year that I return to work falls on the 3rd. A whole three days in to 2018. What am I so nervous about it?!…
…Well, I put a lot of pressure on myself each year, and that pressure lasts until my birthday (mid February) so this jittery feeling will last at least another 2 months; it’s ok, it happens every year. I’ve come to realise that my nervousness is more connected to my birthday rather than entering a brand new year. The ‘what am I doing with my life’ kind of nervousness. The controlling kind of nervousness that causes you to be nervous because you can’t actually be in control of a certain situations. (Whut?) Yep. That’s the chaotic situation in my brain right now.
But I am feeling more positive than the previous years, so I’m holding on to that.

This time last year, I decided that it was going to be a whole 365 days of working on myself, by myself, for myself – and I very much achieved that. I didn’t think I’d be able to do it but here I am.
After going through a break-up, I decided that it was enough of garbage people who 1) didn’t make the effort to be part of my life. 2) unsucceeded in bringing my down with their negativity. 2017 was very much a year to cut out negativity and unkindness, to distance myself from those kind of people and become my best self again. I just don’t have the time or threshold for that shit in my life. Truth be told, I never did.
I had a wobbly start (again, it’s that jittery two month time frame between New Year and my birthday) but once I got the birthday anxiety out of the way, I got myself a new job (which I actually really enjoy), met lots of new people (people who I actually connect with), reached a financial milestone, enjoyed more time spent with family, became more confident, and realised that I am mentally stronger than I give myself credit for – both personally and professionally. I was saying yes to more opportunities (and actually enjoying them rather than reluctantly forcing it) and this resulted in healthier mind and a healthier lifestyle. I also didn’t feel the need to rely on anyone, so I became more independent. In turn, I felt empowered, like I could take on anything. Nothing can get in my way now.
And all because I had dared to cut out the negativity that was weighing me down.
I intend to continue this way of life, so my New Years resolutions are going to be simple this yeat; 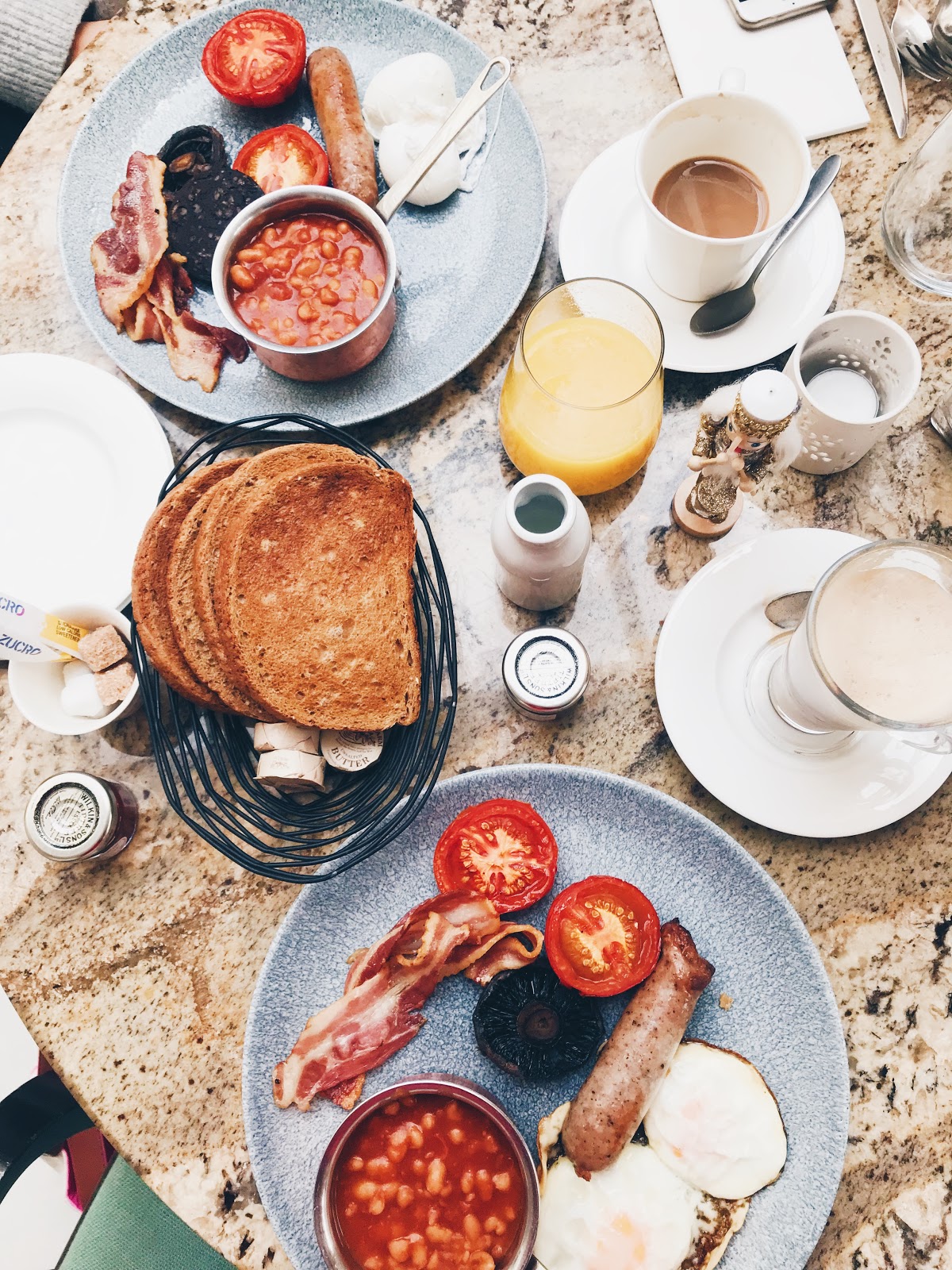 See my family (even) more often:
A horrible situation that happened last year made me realise that nothing and no-one matters more than family. There will be no more stupid excuses (like we’re too busy). I’ve started making plans, in fact I’ve been thinking ahead and have filled half of the calendar already with brunches, dinners, cinema dates, nights out, birthdays, celebrations, road trips and adventures.
Less social media, more books:
As a Christmas present to myself, it was between a designer handbag or books. I chose to buy myself a bunch of new books (the designer bag can wait until my birthday). Both my job as a self-employed blogger, and my day time job as a social media and content editor, I am always on phone. My focus on work doesn’t cut off as soon as the movie starts, or when my head hits the pillow. I can handle how overwhelming it is but it’s not healthy to be glued to it (honestly, it doesn’t stop). I am going to make an effort to switch off more… I say this every year, haha! But it’s a good start to read more, it’s a good distraction from work and social media.
A strict skincare routine:
I am REALLY good at this, so this resolution is a bit of a cop out. I might’ve missed a few days here and there, but this year, I want to stick to my skincare routine every single day without fail. It won’t matter how tired I am or how late it is, I WILL cleanse, tone, and moisturise twice daily (with added steps of oils, serums, eye cream, and mist) – with the use of an exfoliator and face mask twice a week.
Get back in to blogging:
Whilst I’ve been doing a lot of freelancing under the alias of ‘Tempsec’, I’ve taken a huge step back from my own blog. It’s probably one of the main factors of why I was so happy in 2017. Prior to that, I spent a lot of time fretting about my future as a blogger – was I going to be able to sustain this as career? Am I good enough? I’m not going to lie, I spend the evenings feeling guilty that I’ve not updated my blog but when the time was right, I’d bounce back. And that time is now. I’m ready to write the words and create the content at my own pace.
Get hench:
Ok, not really. But I am eager to get back to the gym like you wouldn’t believe. My appetite for food has always been linked to how happy I am. If I’m feeling stressed or sad, I can’t stomach food. So I must’ve had a happy 12 months because I’ve put on almost over a stone (most if is is from eating my weight in Malteser Teasers this Christmas). I think I look a lot healthier now but I’ve got to remember that I’m only 5”1, so I have to maintain the weight now but start working on keeping in shape. For the first time in my life, I will jump on that New Year cliche and aim for a goal of how much weight I want to lose (only half a stone) but I’m going to spend January detoxing and eating “clean” (or sensible, as I like to refer to it).
Dodge the negativity, inspire others instead:
Ask anyone; I’m a compassionate, empathetic person who will listen to people’s problems and find a way to lift them out of the situation they’re in. If you have a problem, let’s talk it out. A problem shared is a problem halved, let’s work it out together. But what I don’t like is seeing someone put other people down, day in, day out, grinding them down for no reason whatsoever. If I see it happening with my own eyes, I will call that bullshit out. NO ONE, absolutely no one, has to put up with that. Surround yourself with only the best. I swear, it’s life-changing.

HAPPY NEW YEAR, YOU MEGA BABES.
Love to you all.

What I've Been Up To: Celebrating Birchbox's 5th Birthday
Ice Cream Inspired Scented Candles From Kiss-Air
Things To Do In Newcastle: Visit The Great British Cupcakery
What I Got For Christmas This Year
Share this post: