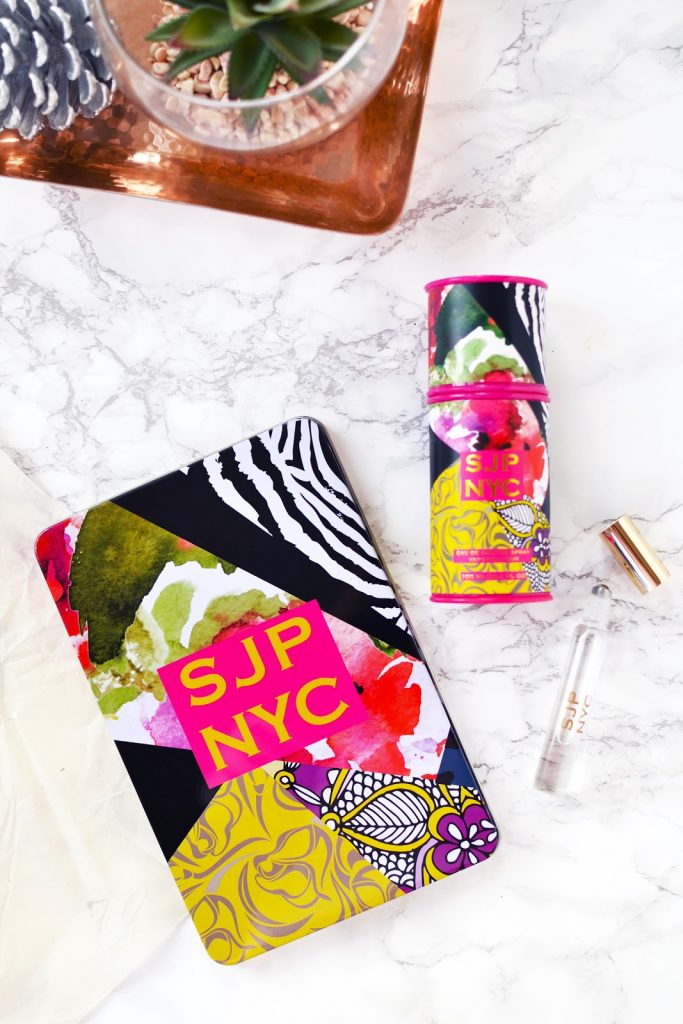 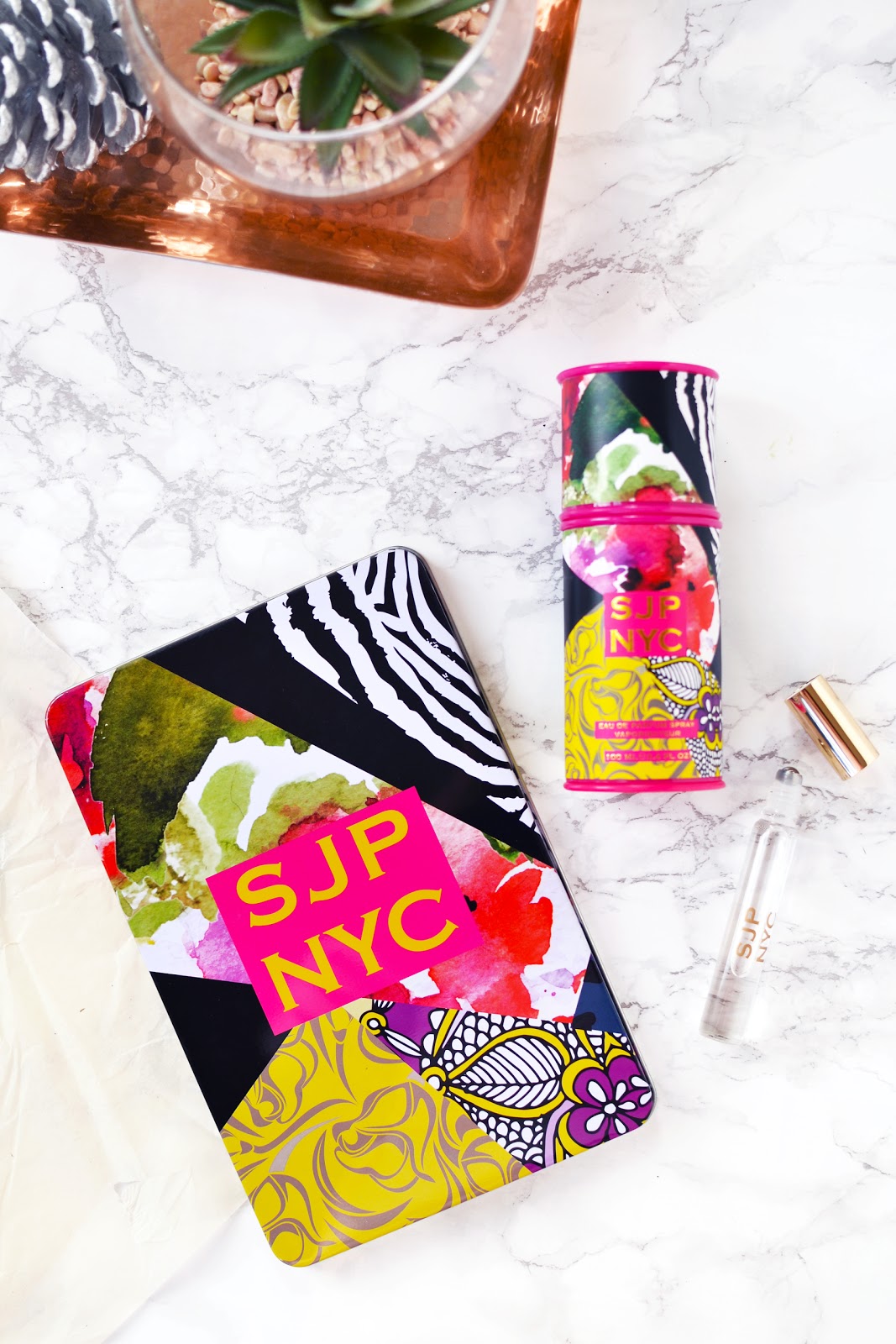 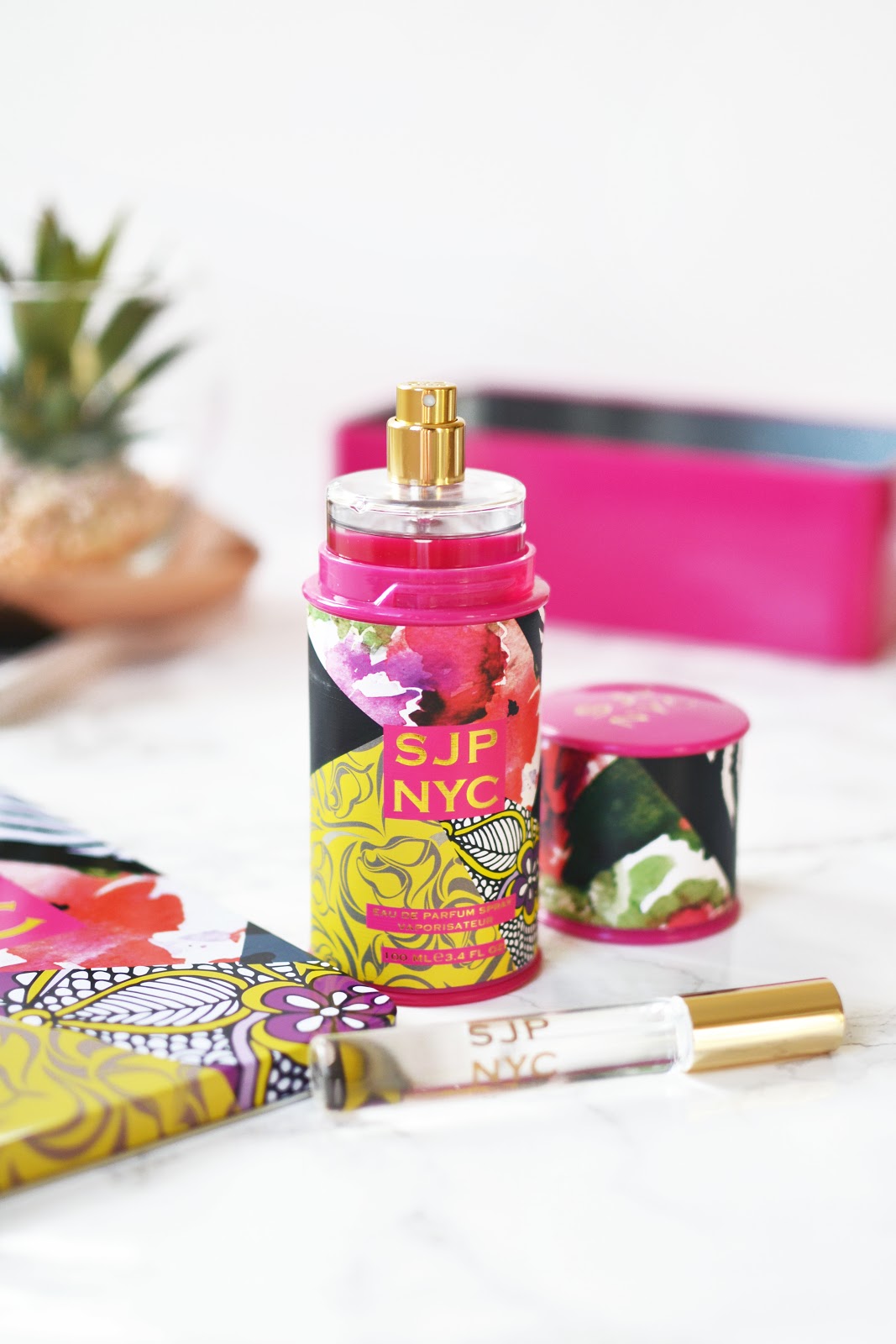 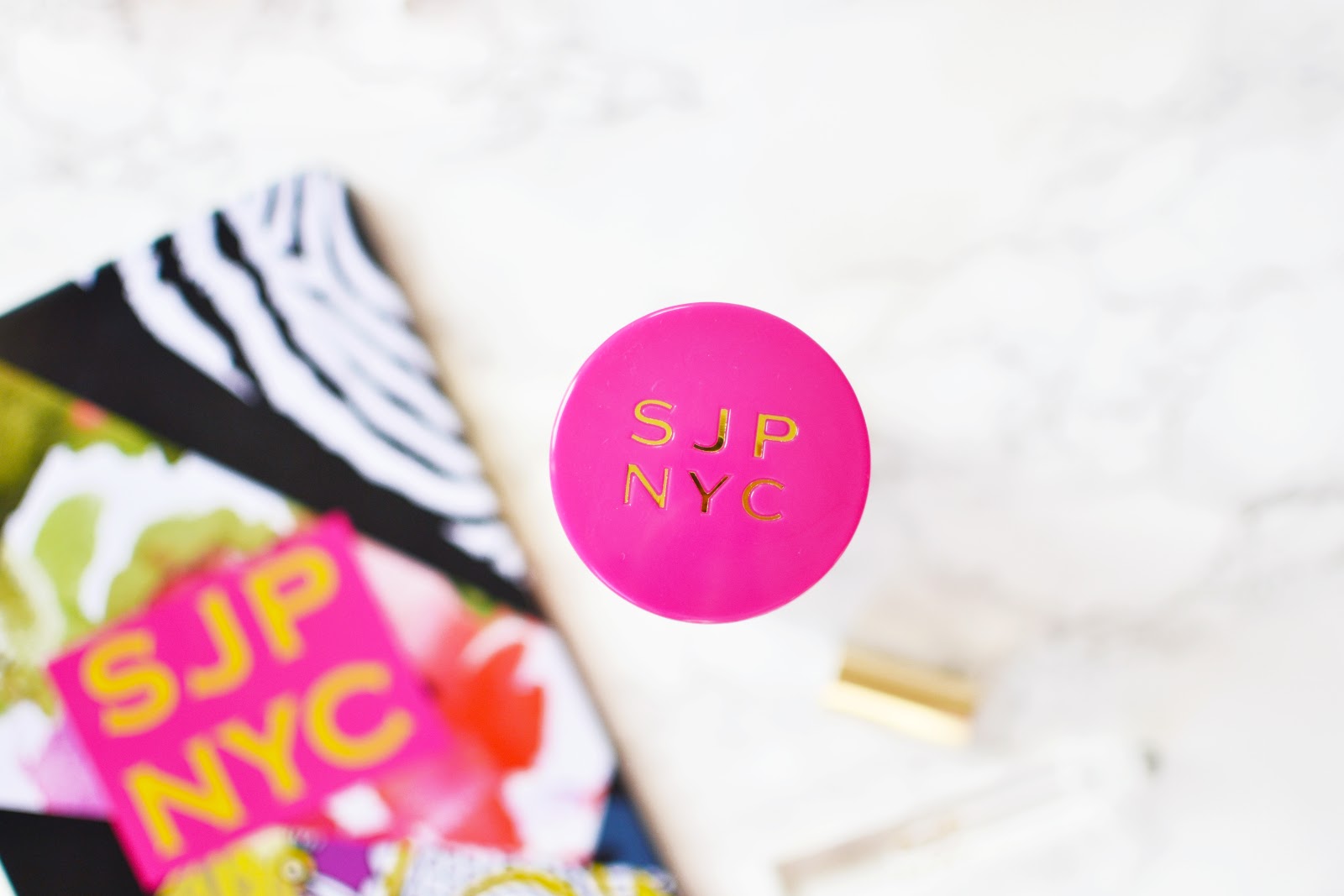 Before we talk about the scent, let’s take a look at the packaging design. I’m unsure if I’m drawn to it as much as I would if it was a simplistic, minimal, clear glass bottle but there’s no double that SJP NYC (first launched in 2009) is very colourful and eye-catching – and possibly geared towards the younger fans. It is inspired by Sarah Jessica Parker’s home city and not doubt by her character on SATC, Carrie Bradshaw, and I can definitely sense this channeling through!
This duo gift set includes a 100ml Eau de Toilette spray and a 10ml rollerball of the same scent. I thought there might’ve been a small chance that the 10ml bottle would be a spray, but I can confirm it’s a rollerball. Very hand for an on-the-go fragrance boost. 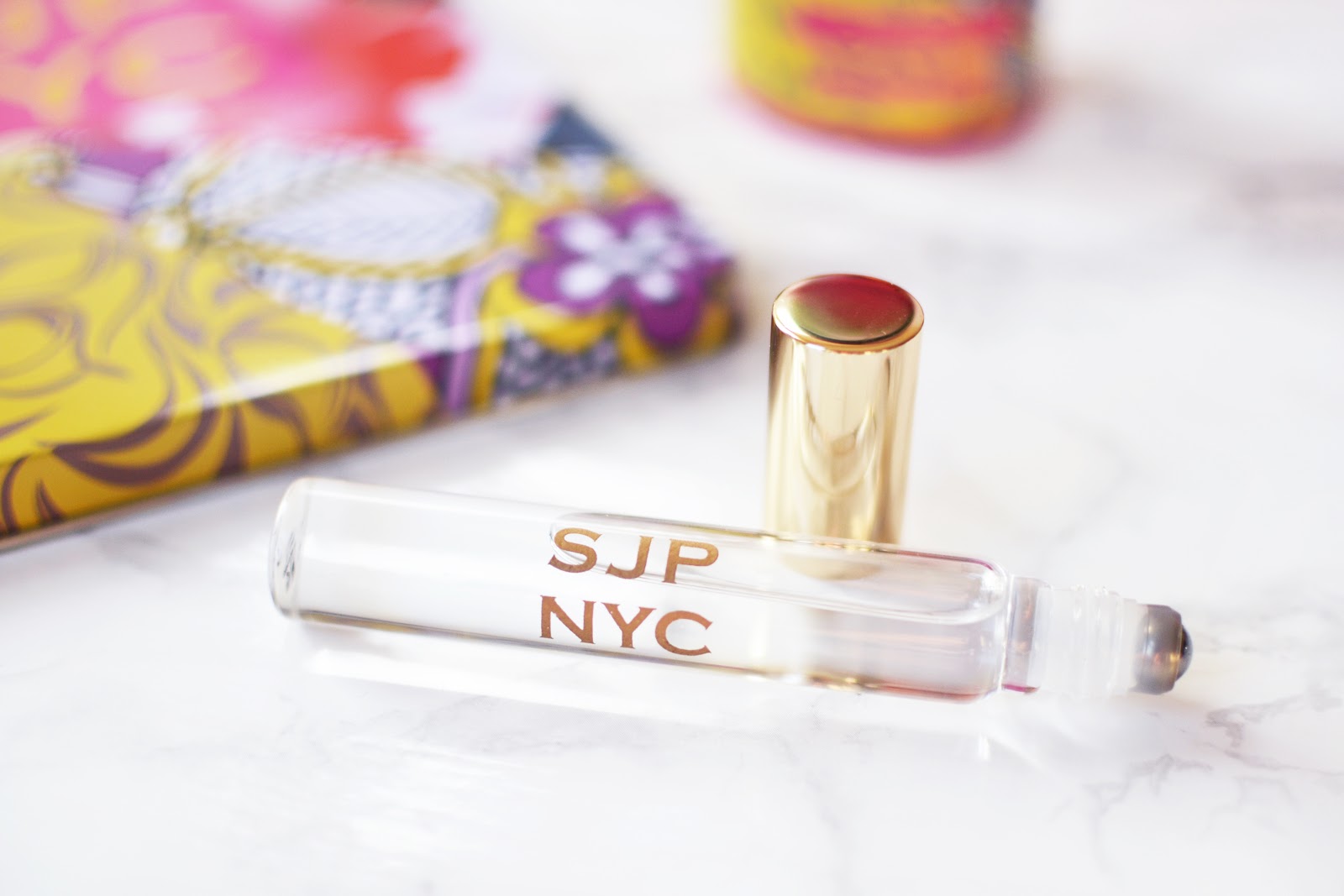 The fragrance itself is fruity and uplifting! The fragrance notes are:
Top notes: Italian mandarin, strawberry, and osmanthus.
Middle notes: Rose, mimosa, honeysuckle, and gardenia.
Base notes: Rum, sandalwood, vanilla, and musk. 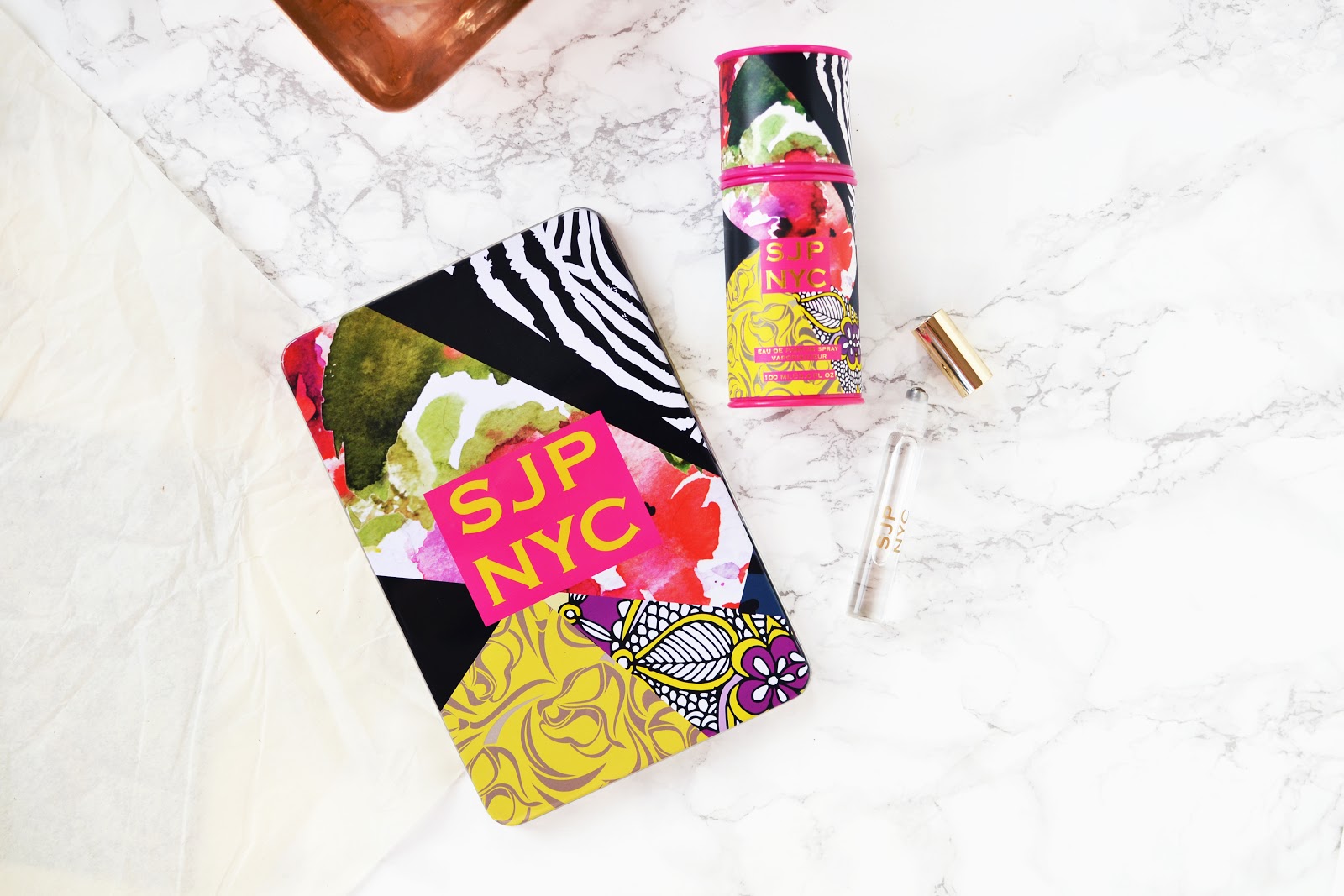