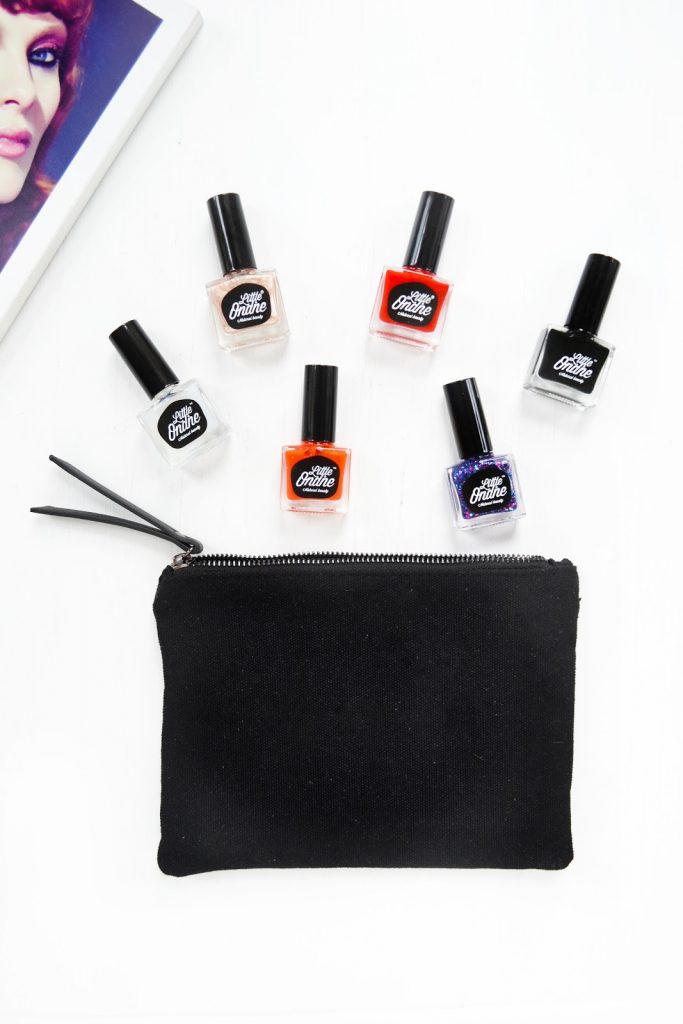 Little Ondine is a nail polish brand that have developed a non-toxic, water-based, peel-off formulation which totally reminds me of Tinkerbell nail polishes back in the 80’s.
Unlike those cute but nasty-smelling bottles from the 80’s, Little Ondine’s nail polishes are odourless. An odourless nail polish? I know, right?! That itself is pretty remarkable!

When my sister came round last weekend, she saw my small collection of Little Ondine and said that she had previously looked into these when she was pregnant. The brand describe their nail polish range as a natural nail colour composed of water, purified resin and organic colourants.

They contain no potentially harmful fumes and as I’ve said, does not give off a strong, toxic smell whatsoever. As they peel off cleanly, you can remove them without the use of a polish remover either. 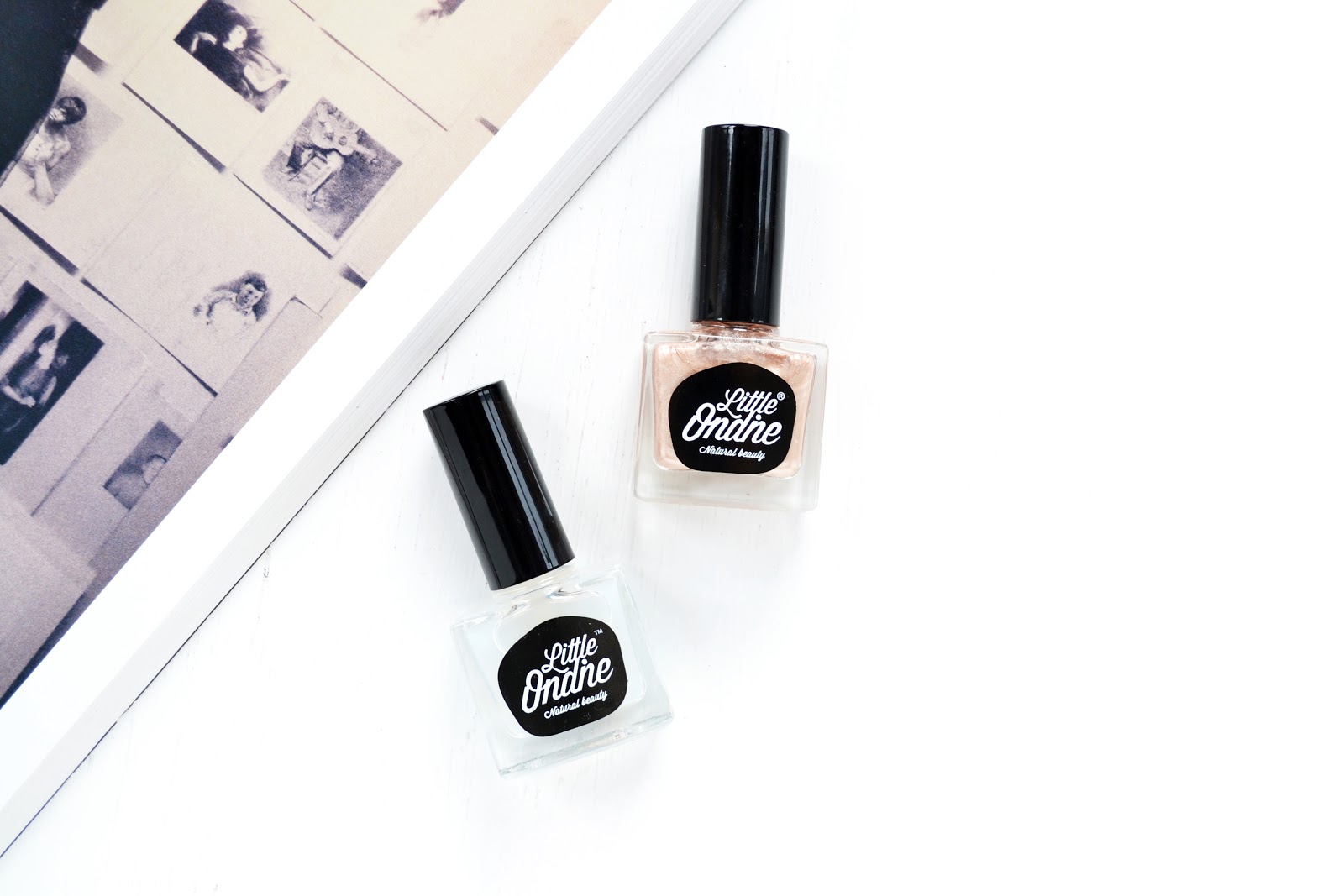 Initially, I was skeptical about the colour and pigment. Could something described as natural be opaque and strong in pigment? Or was it going to be weak, wishy-washy, and sheer? Upon the first stroke of the brush, I could tell immediately that the strength of the colour was as strong as any other polishes I’ve ever tried – if not better!

The red (shade L001 Fusion) and black (L100 Back To Black) was a sharp, bold and glossy. So opaque that there needs to be a new word for opaque! All you need is the one single coat of colour. The orange (L072 Ibiza) was slightly less so but still an impressive strength of colour. I also got a bronze nude metallic (L004 Obsession) which came out exactly as you’d imagine. Both the orange and bronze needed 2 coats.

And a glitter. Oh the glitter! We all know what an absolute pain the bum it is to remove glitter polishes from our nails, right? They’re pretty, but a pain in the arse! With Little Ondine, you don’t have to worry about getting the hammer and chisel out because when you’re ready to remove the glitter polish, you simply peel it right off.
Now on to the staying power. Because of the formulation, it stays chip-resistant. And lasts for up to 4 days before the cuticle edge starts to curl and peel away. 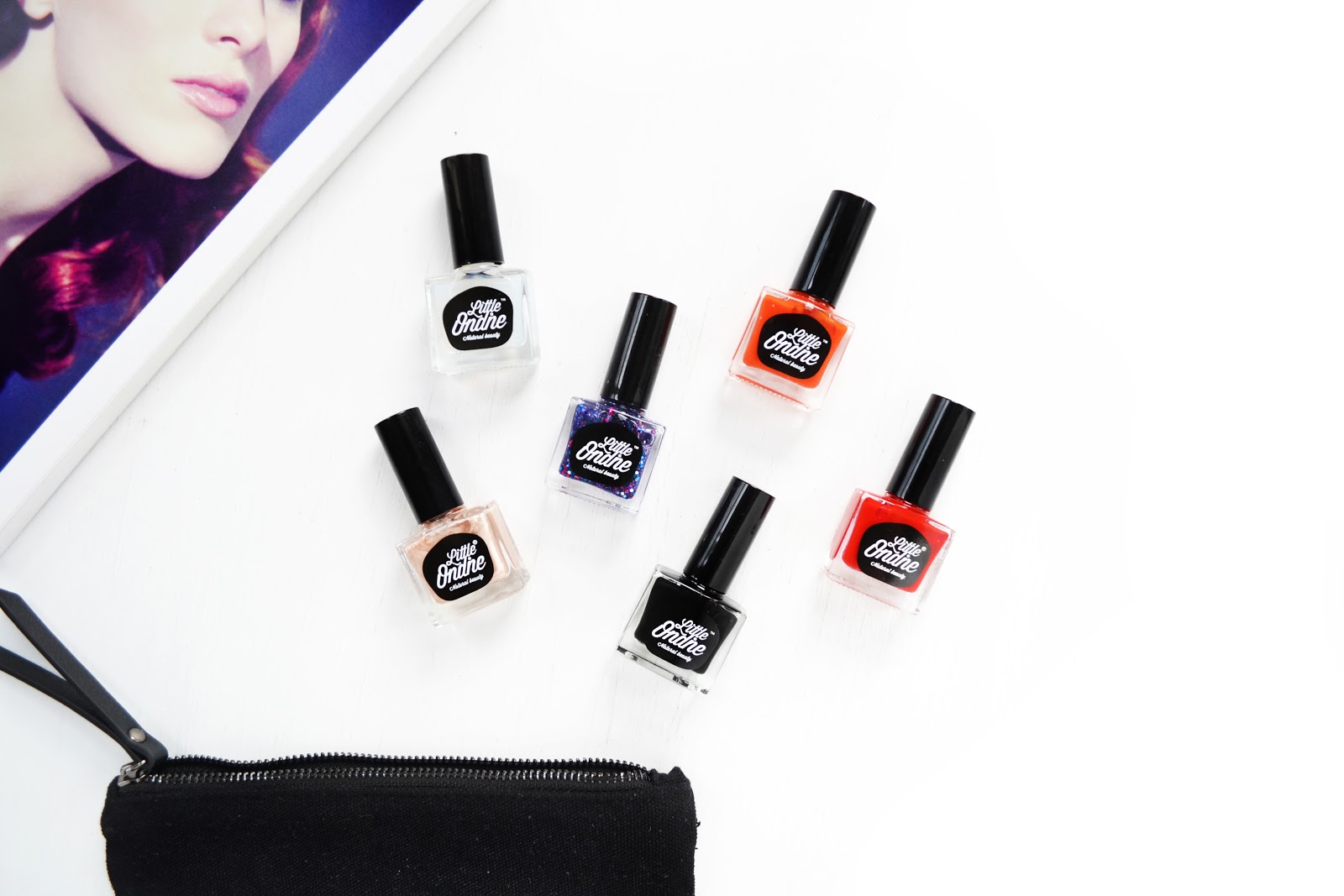 Applying them takes me no time at all, though. But what you need to do before application is thoroughly clean the surface of your nails from oils and dust. Then simple apply Little Ondine’s secret polish as a base, followed by one or two coats of colour, and another coat of the secret polish to bond it together.
Each bottle retails at £8.40 each (Secret based/top coat cost £7.80) and there are a lot of shades available!