The other day, I made a Lush wishlist from their latest collection which just so happens to be their Easter range. I normally just buy bubble bars but I wanted to treat myself to a couple of bath bombs, so what better way to try a mix of product than to buy one of their gift sets.
I spotted one Good Egg gift set, a Humpty Dumpty shaped box, sitting on one of the shelves at Lush and knew I had to have it!

I thought it was the cutest thing I had ever seen, until the next day when he was sat in my room, I noticed how creepy he looked. Especially at night when I convinced myself he would come to life (horror-movie style) and haunt me for the rest of my life. It doesn’t help that the TV switched on by itself that night either. It has never ever done that before!…
Anyway – I thought to myself that it’s inside what counts. So I took everything out and gave the box to a friend who wanted it for their work studio. Glad he has been taken off my hands! Now on to the bath stuff that was hiding inside!
There are six bath products inside, and the contents of Good Egg gift set are:

Humpty Dumpty Bath Bomb
When I read about Humpty Dumpty bath bomb online, I expected it to smell citrusy because it has bergamot and Brazilian orange oils in it. But it’s actually like caramel, it’s sweet and I love it! As I mentioned in my Lush wishlist, this huge bath bomb can be cracked in half to reveal a miniature fried egg bath bomb.

Golden Egg Bath Melt
This looks like a sparkly potato, ha! And as predicted, the mass of gold glitter goes everywhere – but it’s toffee-vanilla scent is loooovely. It’s smell delicious and it’s made with Fair Trade Columbian cocoa butter to give your skin a luxurious moisturising experience. 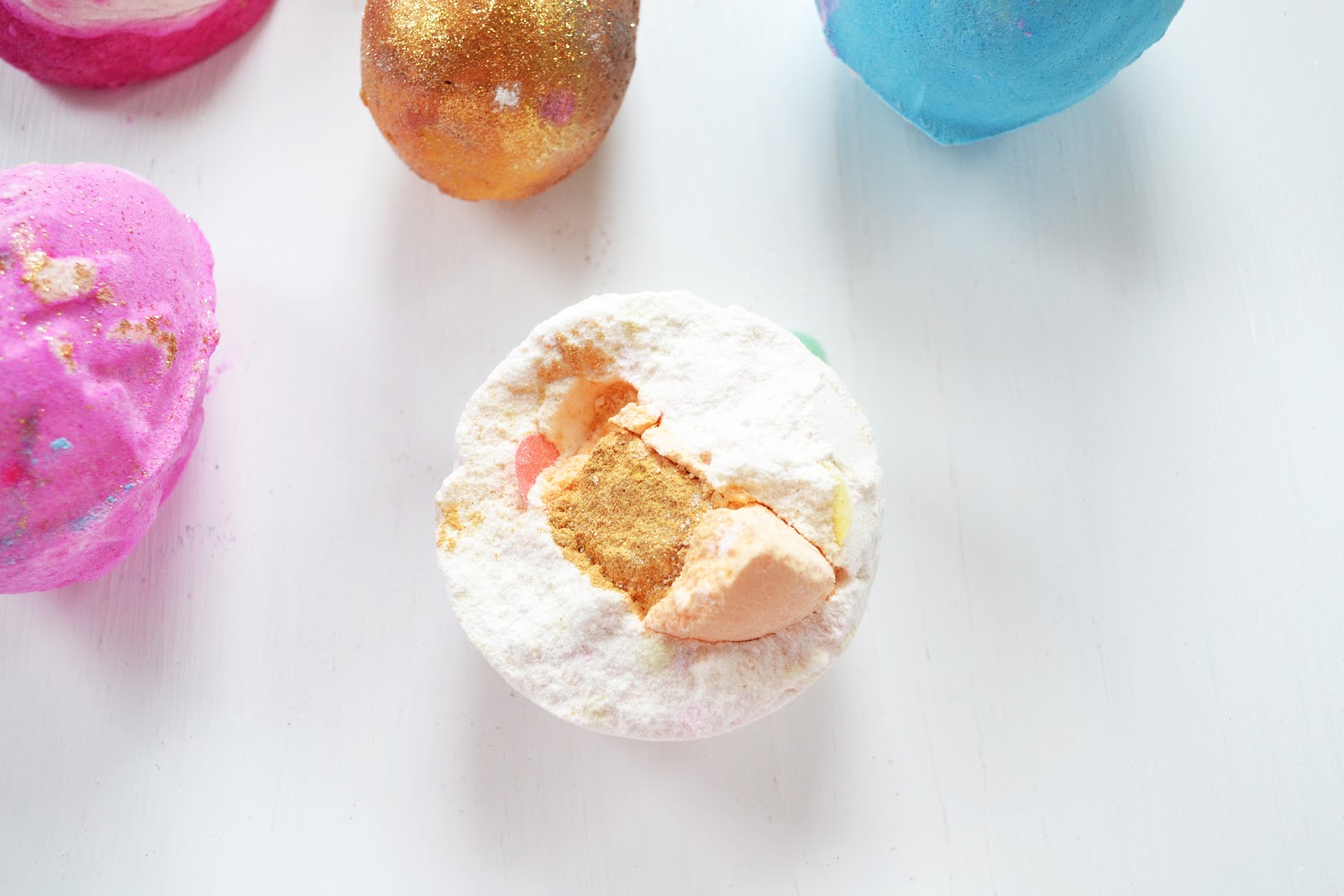 Dragon’s Egg Bath Bomb
Aw, this tumbled right off my coffee table and smashed in half. You could say that it the Dragon’s Egg had a great fall, and I certainly couldn’t put Dragon’s egg together again. I think this smells very similar to Humpty Dumpty bath bomb and maybe that’s why they included it in this gift set?

Fluffy Egg Bath Bomb
This has a similar fragrance to Flamingo Bubble Bar and Snow Fairy. It’s girly, turns your water bright pink, and is candy-scented!

Mini Comforter and Brightside Bubble Bar
These are my absolute FAVES, especially The Comforter which smells so much like Ribena. I’m really sad that they’re miniature, I didn’t know until I opened the box up. If you’re new to Lush, I would recommend buying The Comforter as your first Lush purchase!
▴ Follow Me On Twitter ▴ Like My Facebook Page ▴ Follow Me On Instagram ▴