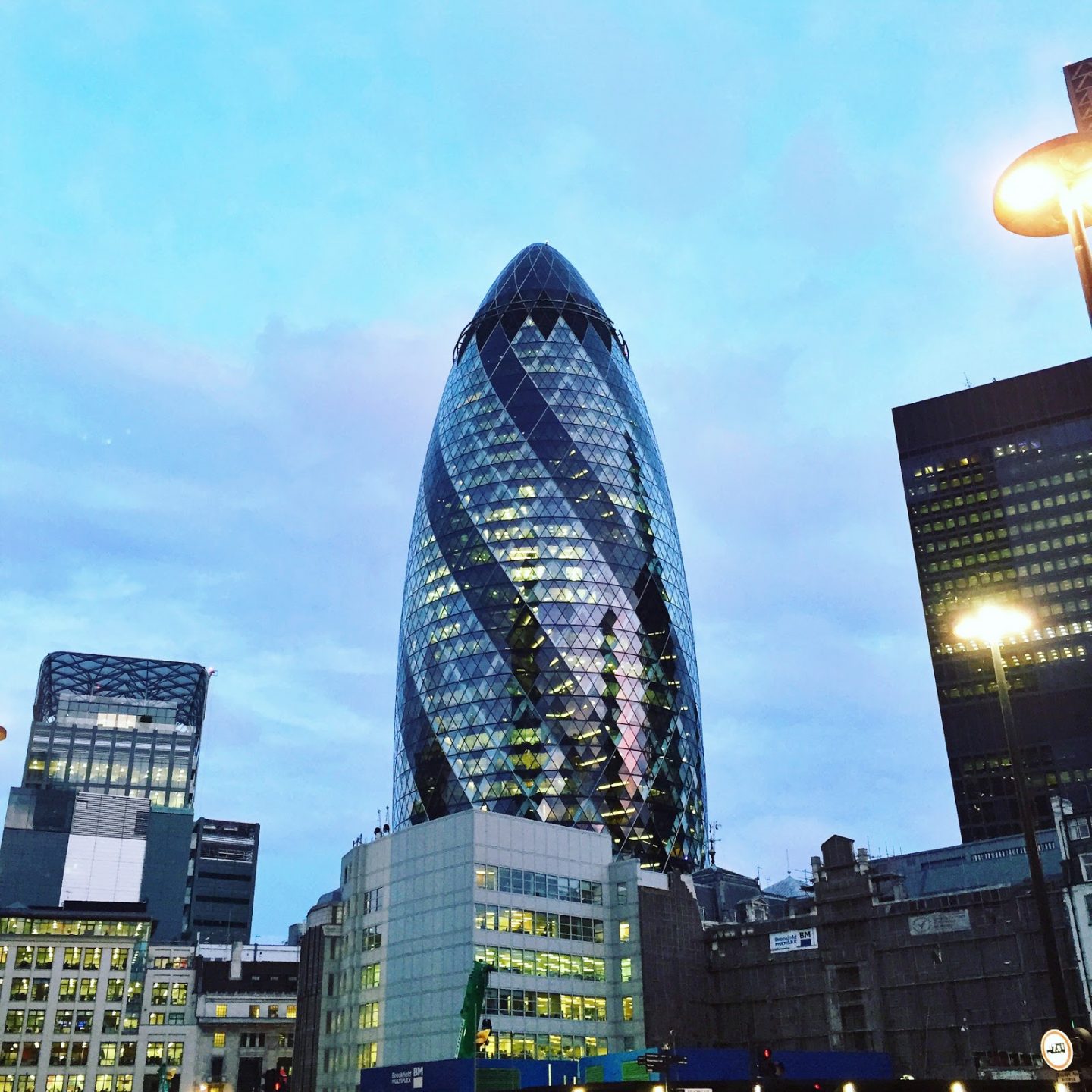 Can you believe that after all of these years of using a computer, I have only just started saving my files in an orderly system. You know, a tidy system where I can actually find the file I need without turning my computer upside down. I’ve made a start on (one of) my external hard-drive so I will soon have things saved in the correct year and the correct month. 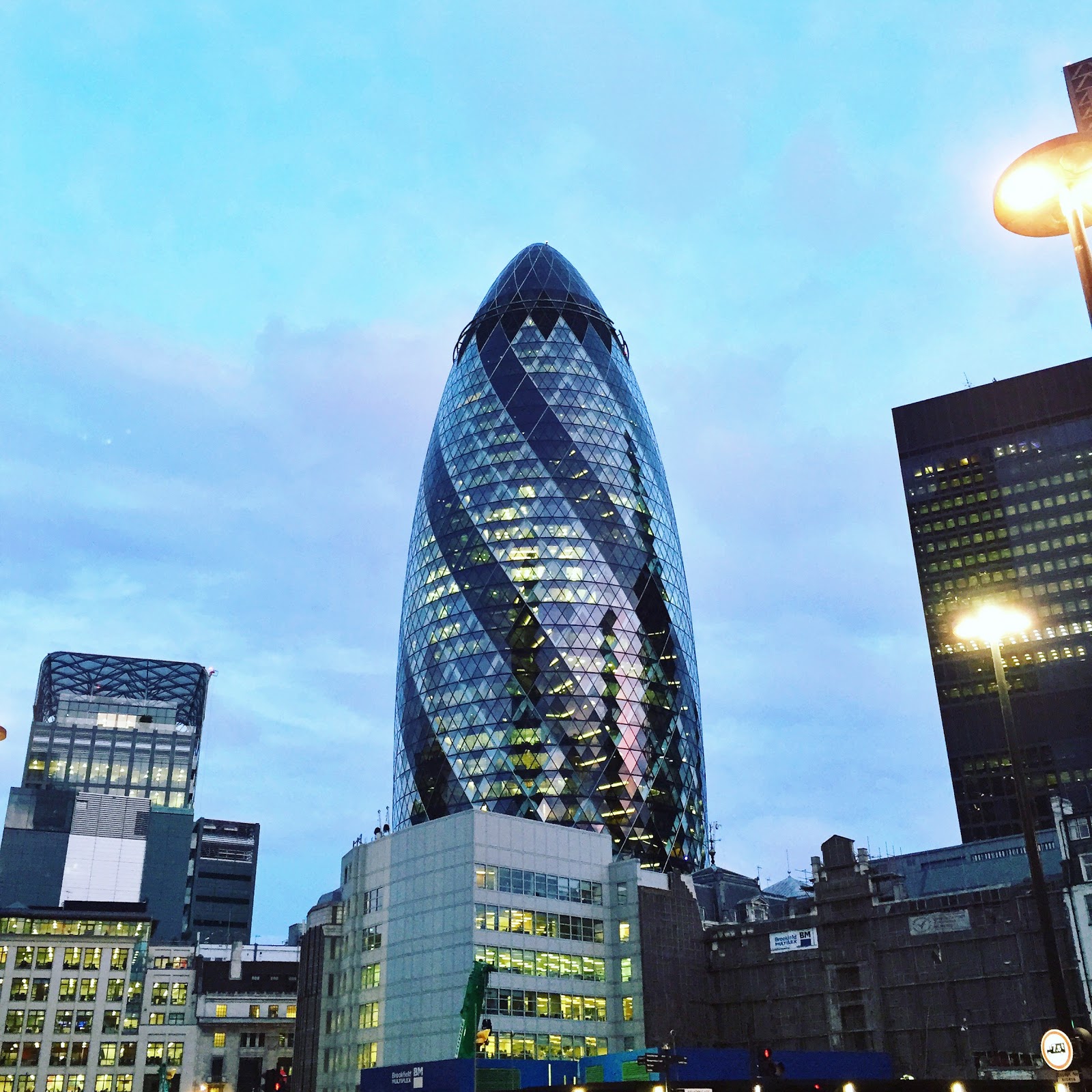 And that when I found the photos I took in London. I have been looking for these photos for ages, I’ve been meaning to share these on my blog for months. They’re nothing amazing, though – just photographs I took from my phone – but I still want to share them on my blog so that I can look back on them one day and remember the good old memories!

Wahaca
I couldn’t afford to do this every single weekend, but I spent most weekends eating. That’s what weekends are meant for, right? I had Wahaca for the first time, which I know for some people Wahaca is old news, but we don’t have this where I live up north. The closest is probably Manchester and that’s about 3 hours drive away.
I went to the one in Canary Wharf a couple of times as that was the nearest one to me when I lived in East London. I like the vibe at Wahaca, and the food is good and affordable too. I love it when you can order loads of small plates and share with friends. It’s probably not a good idea to go if you’re not in to spicy foods. The first time I went was with my sister and she can’t cope with spice and chillis! Oops. 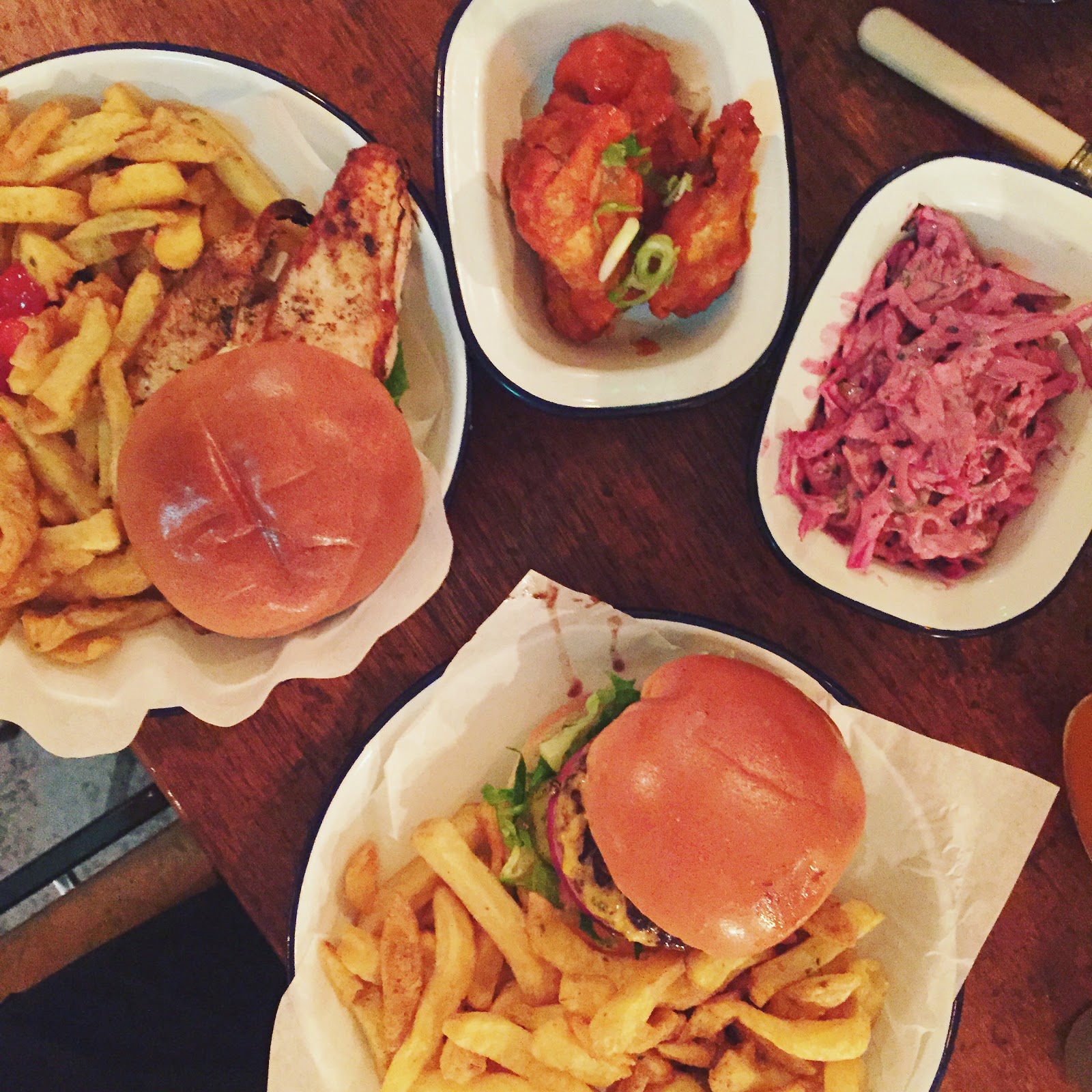 Honest Burgers
I expected a lot from Honest Burgers because I’d seen it on blogs, Twitter and Instagram. But, I don’t know, perhaps it was the expectation but it didn’t really wow me. It was nice but it didn’t come close to Patty & Bun which is still fave burger joint!

Lola’s Cupcakes
Every journey back home to the north, I would buy a box of these for my Mum and sister. They have a stall at King’s Cross tube station so it was really convenient to nip underground quickly before catching my train.
I couldn’t pick a favourite flavour, I like them all! The mini cupcakes are a lot easier to eat than the regular sized ones, of course, so I’d also go for a box of 12 mini’s.

Spitalfields Market
I love this market. The best thing to do is go to Sunday Up Market (on a Sunday, obvs) and take a short 5 minutes walk to Spitalfields Market where there’s lots of stalls and MORE food to eat.
When I posted this pic on Instagram, people were shocked that these doughnuts cost £2. Those people were typically northerners – I mean, I getcha. I get where you’re comin’ from. And normally, I’d be bit iffy about it too but the size of these doughnuts were huge!!! HUGE.

Crumbs & Doilies
This small shop is hidden in Kingly Court on Carnaby Street. It’s where you can come to escape the busy, bustling noise of Oxford Street and Regent Street.
It is well worth the visit, they do delicious cakes but the choice isn’t as wide as Lola’s Cupcakes. We had a sprinkles cake, peanut butter and jelly mini cupcake, Salted Preztel mini cupcake and a PB and Jelly biscuit!

MORE CAKE!
We stumbled upon this cafe by accident. We had just been to the park, it was freezing and we wanted a couple of hot drinks. Sweet Things in Primose Hill is the cutest! Just look at that table… how cute is that!
I couldn’t resist the S’mores fudge bar which was a digestive biscuit base, chocolate fudge in the middle, topped with a layer of toasted marshmallows! 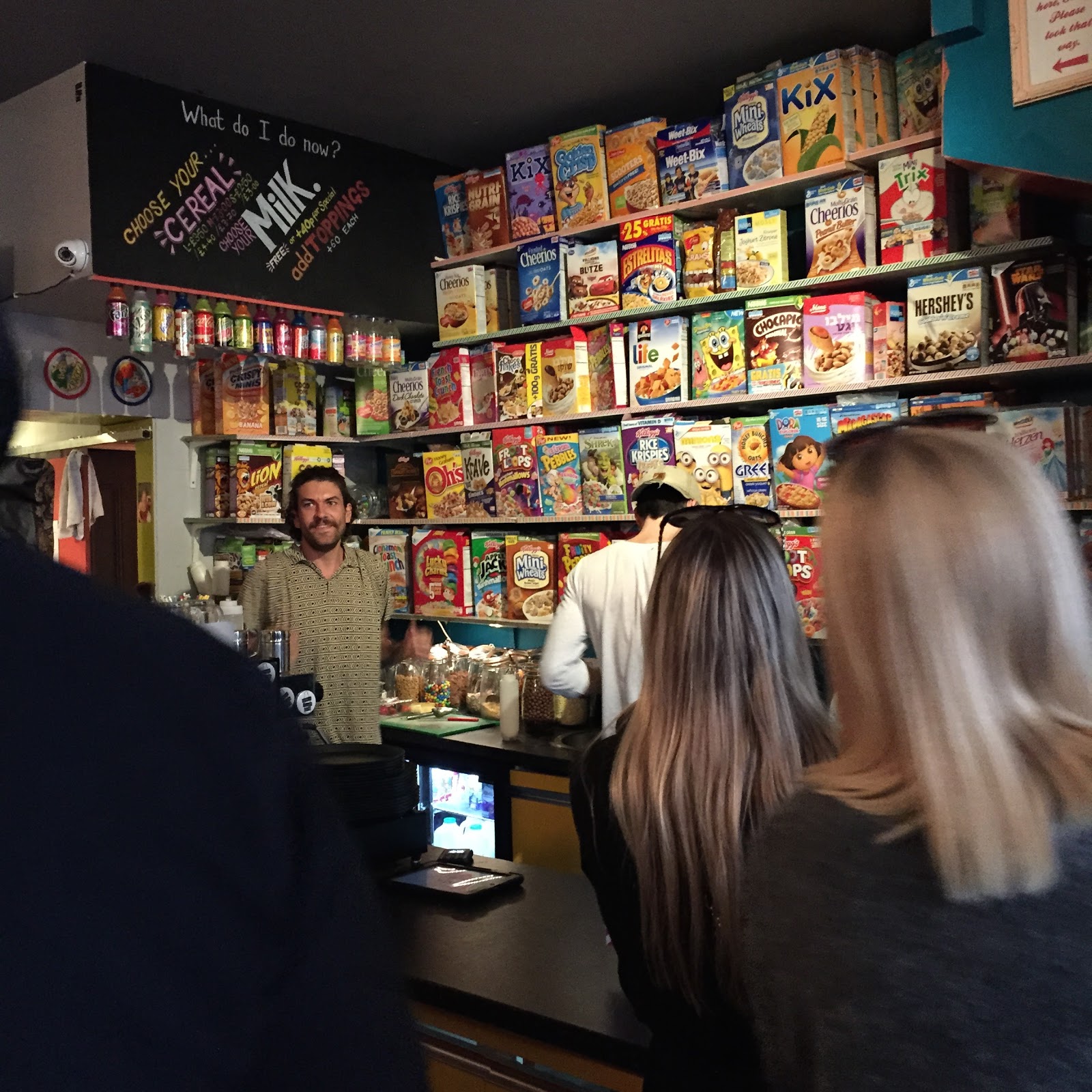 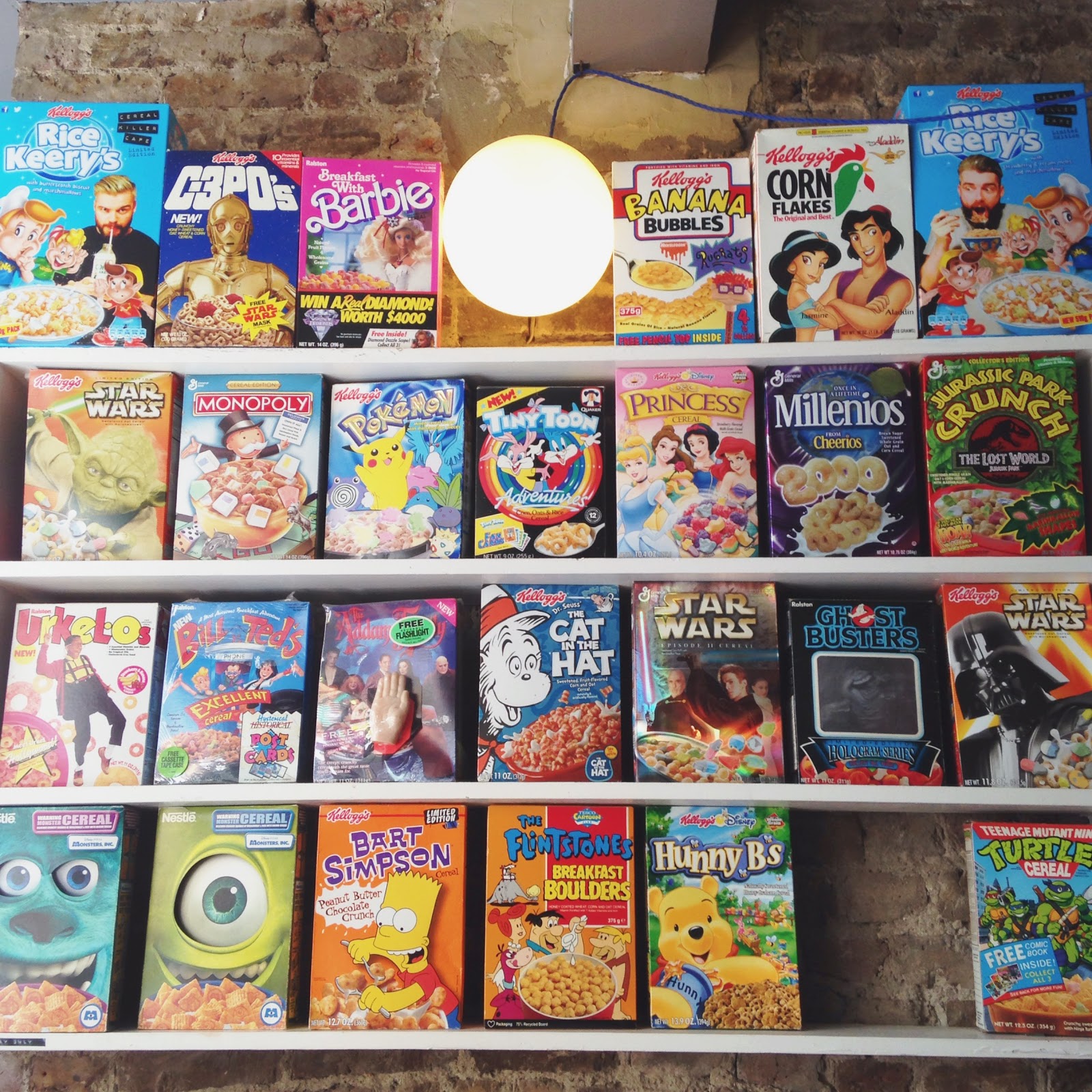 Cereal Killer
I didn’t actually eat here, I just went in for a couple of photos as I had heard SO MUCH about Cereal Killer. I don’t like cereal but if you’re a fan, you’ll find a lot of different variety at Cereal Killer, most of them are American cereal that you can’t buy anywhere else in the UK. 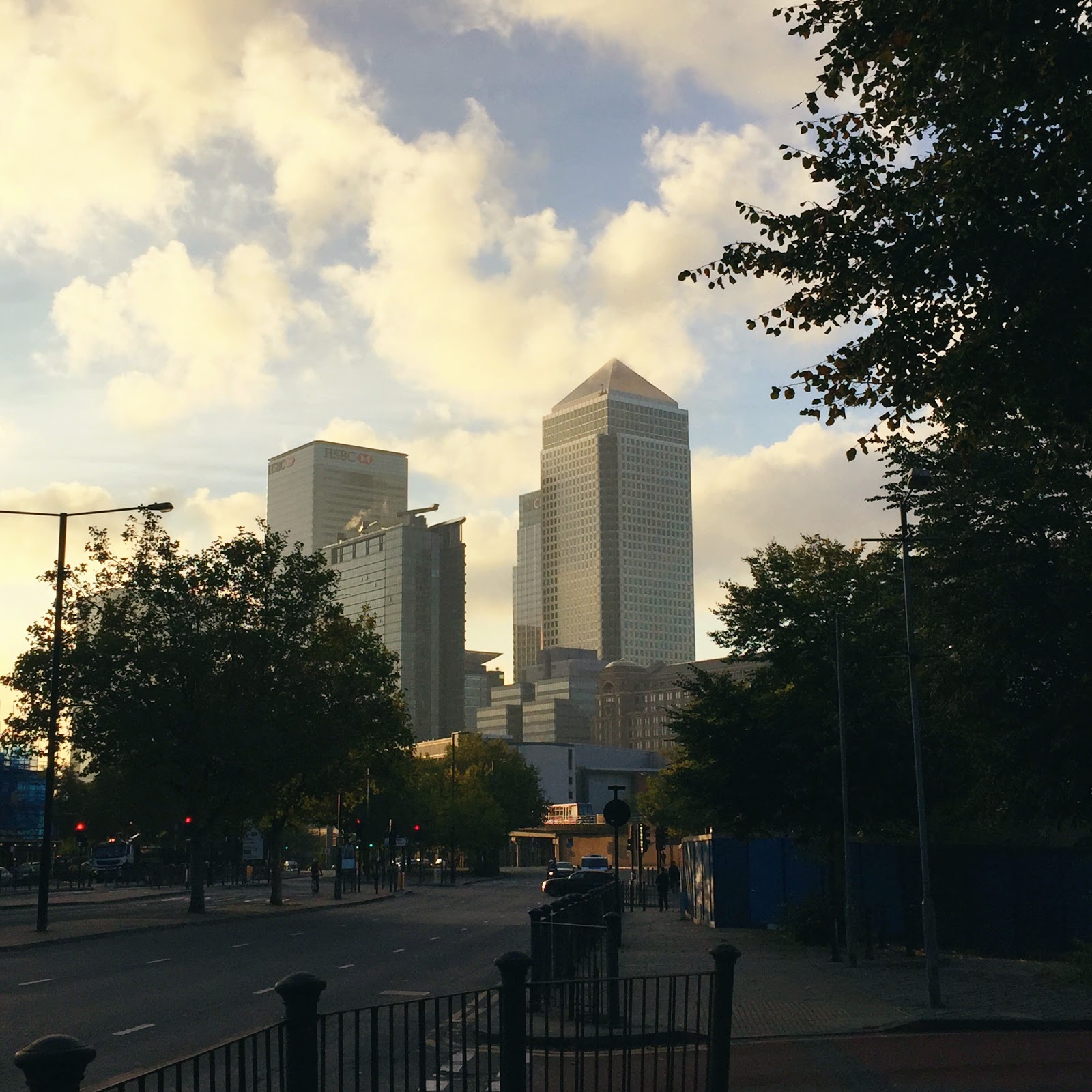 Where I actually lived was an absolute shit hole but on my route to work every day, I’d see this view of Canary Wharf which made me feel like I was in London! 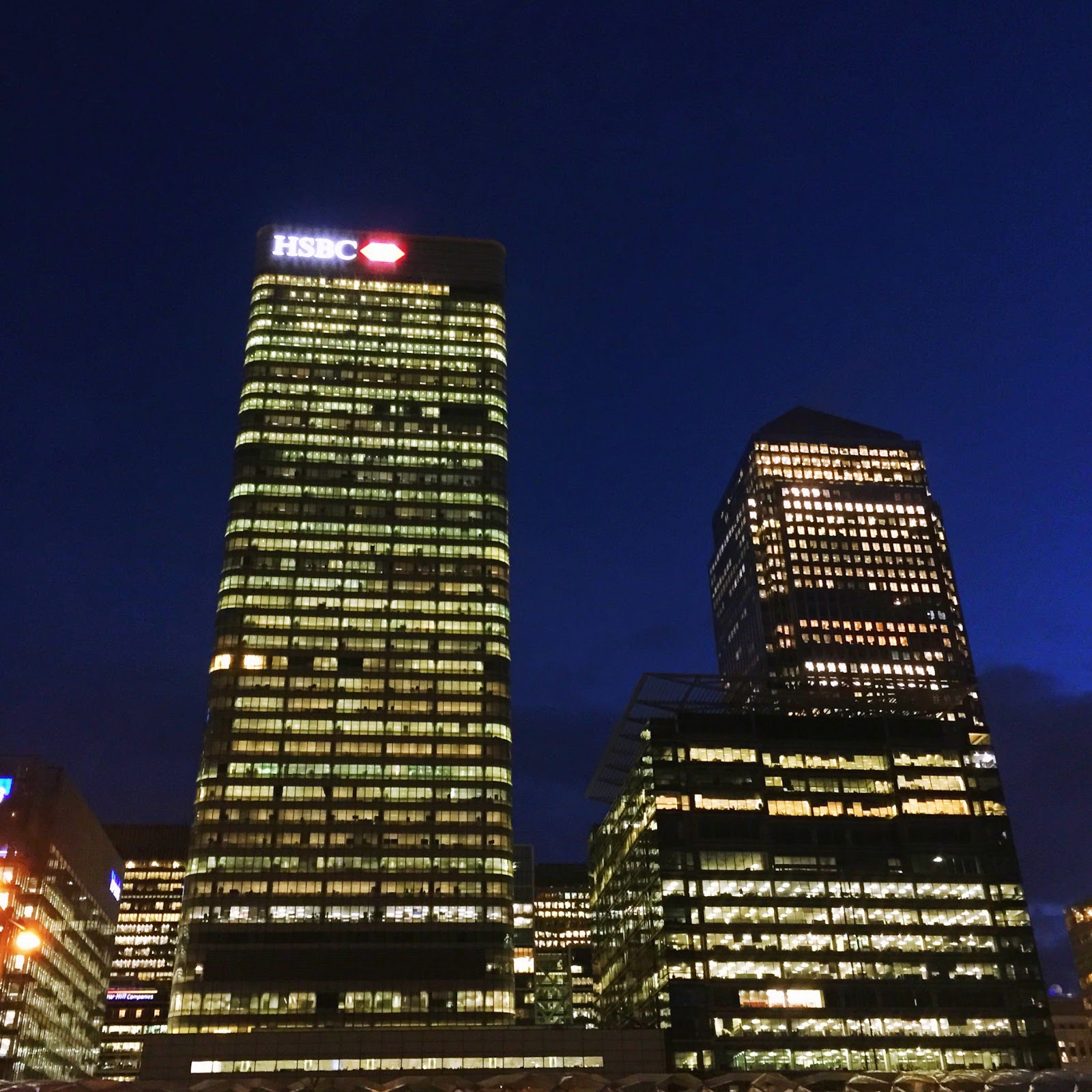 Which looks even better at night! 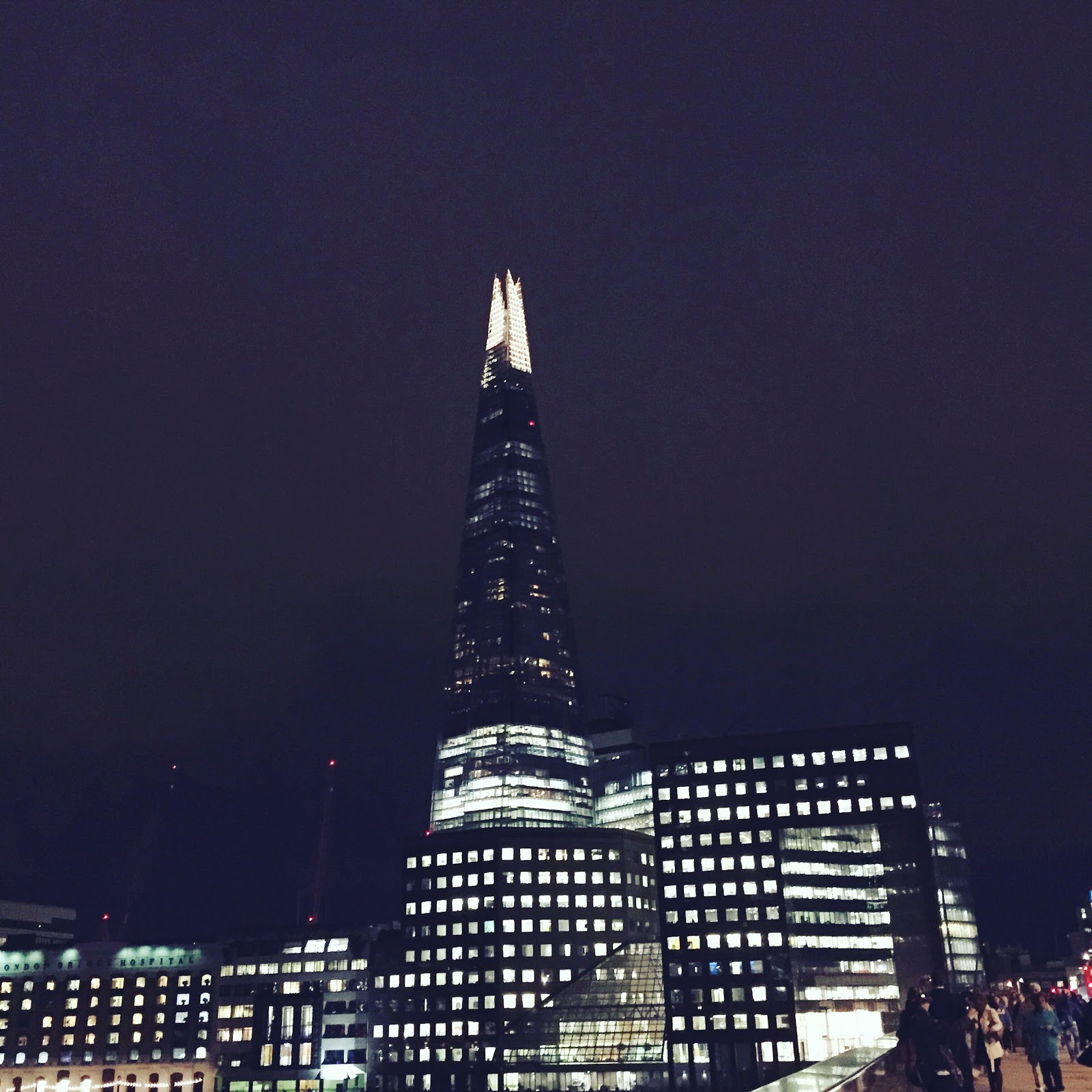 Took a walk on a very cold evening just to get a photo of the Shard. Glad I did though. It looks a lot better in person, my photo doesn’t do it any justice whatsoever! 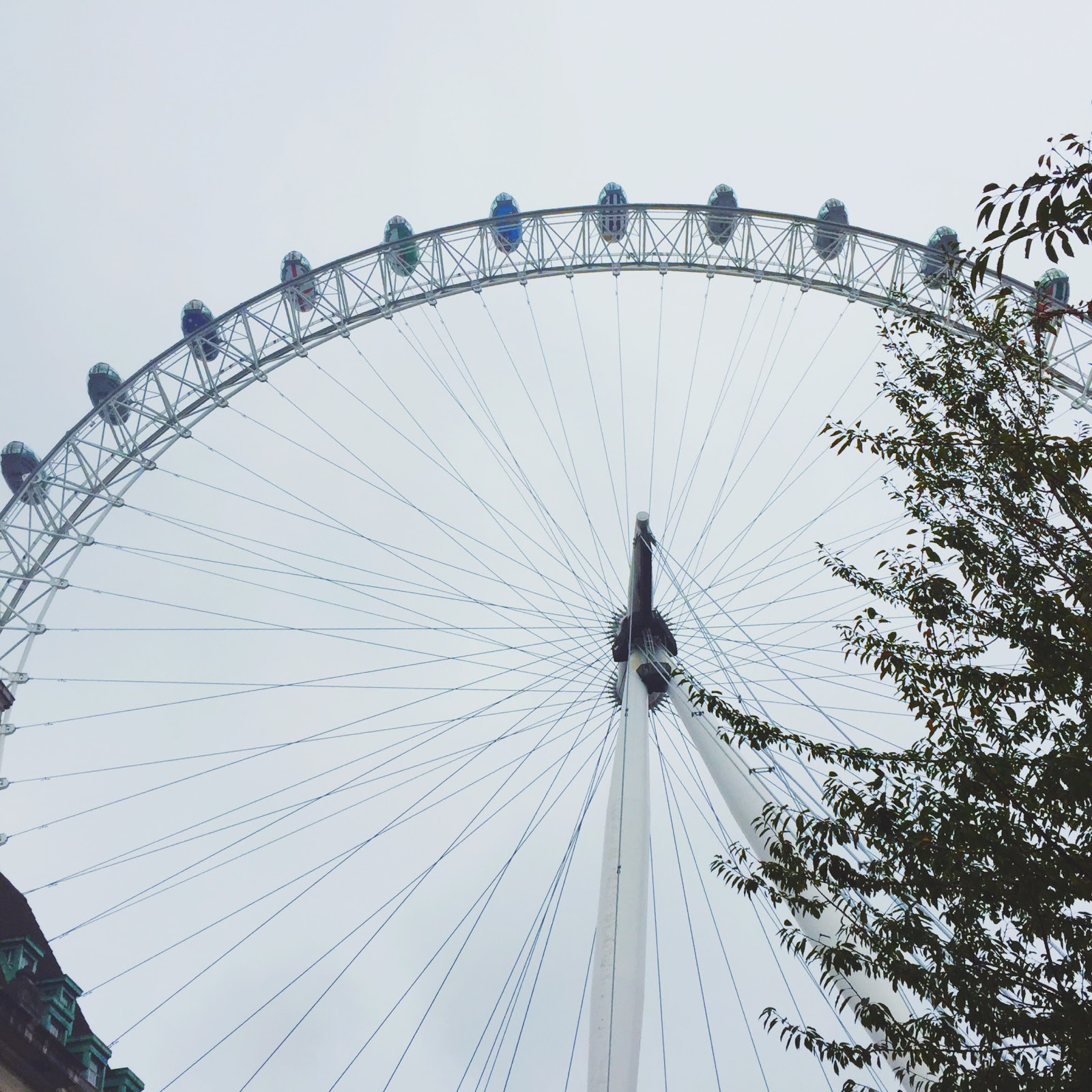 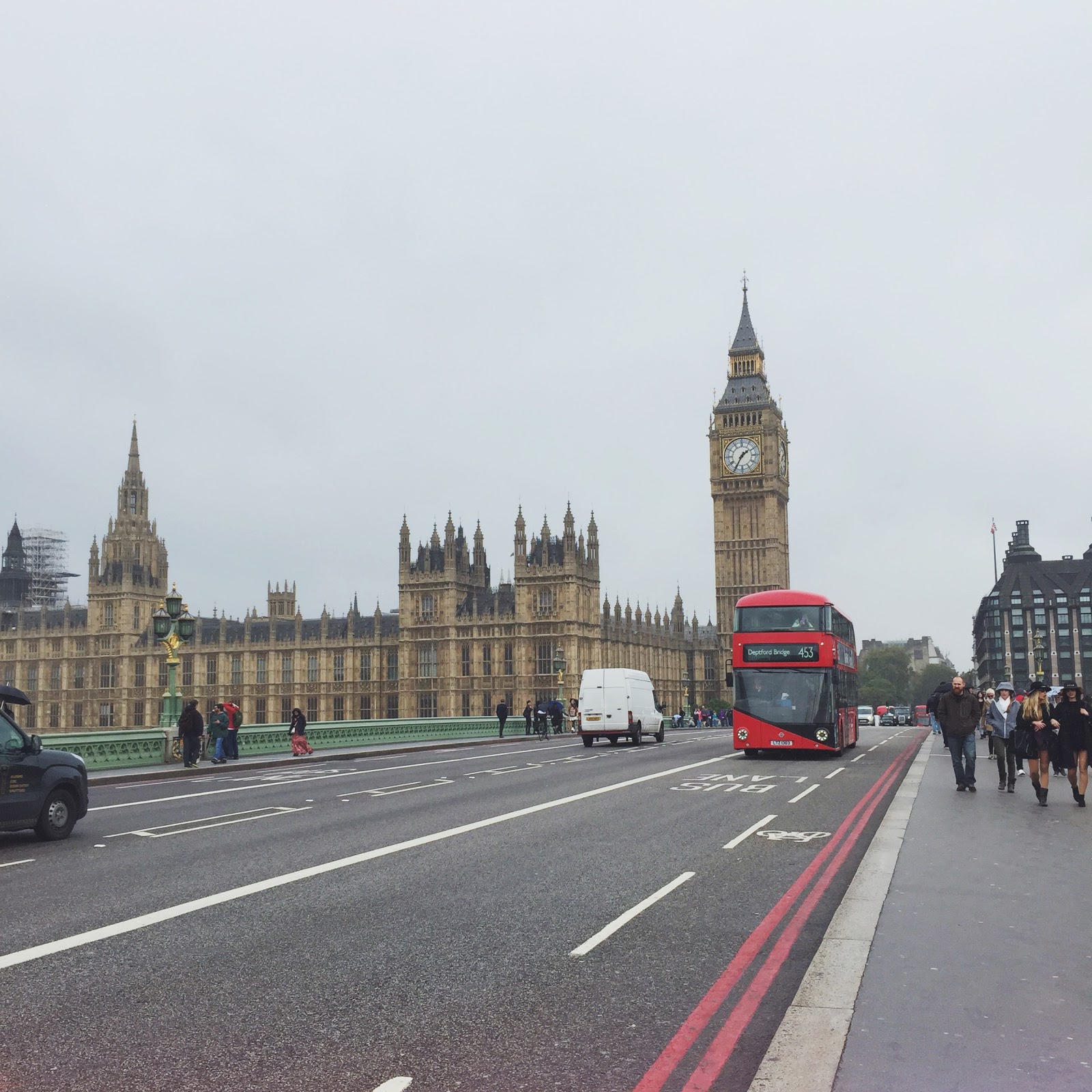 I think you will recognise these sights! Oh, look at that grey sky. I had so many things planned this day – and we did it all – but as soggy human beings imitating wet rats. 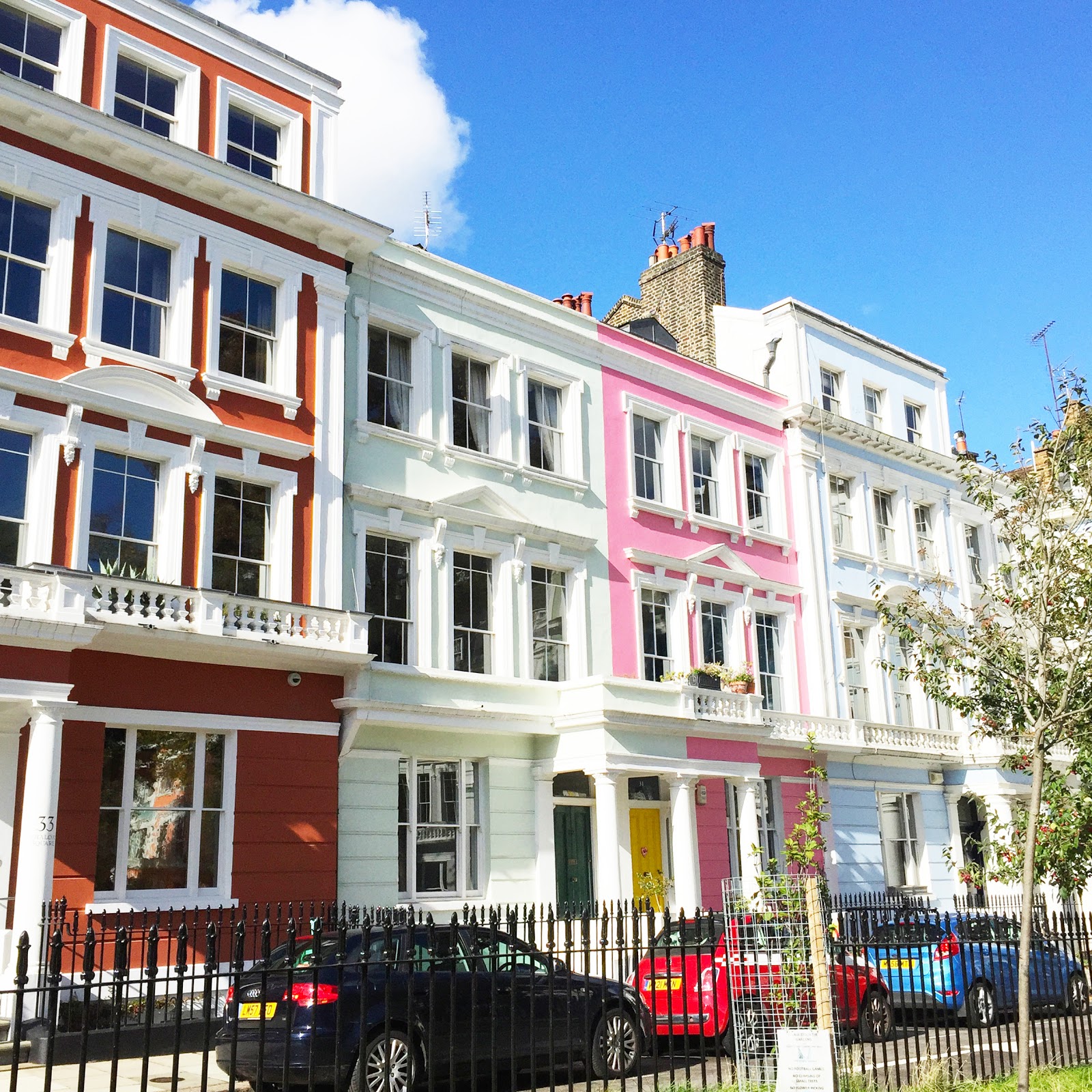 How much do you wish that you lived in one of these coloured houses? Finding corners of coloured houses in London and imagining I live there is one of my favourite things to do. Haha! 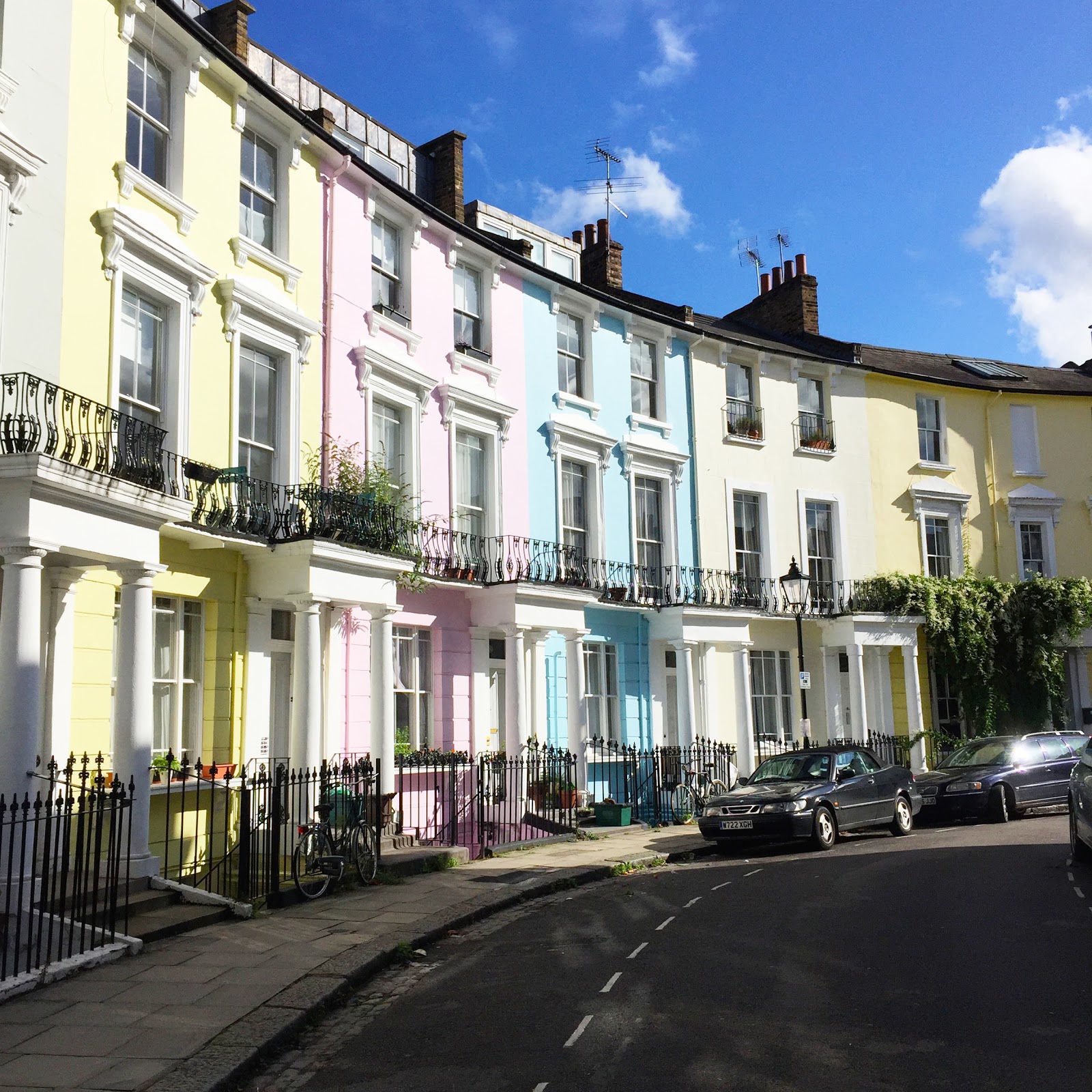 This is Chalcot Crescent where Paddington Bear was film. It is the most prettiest road ever! 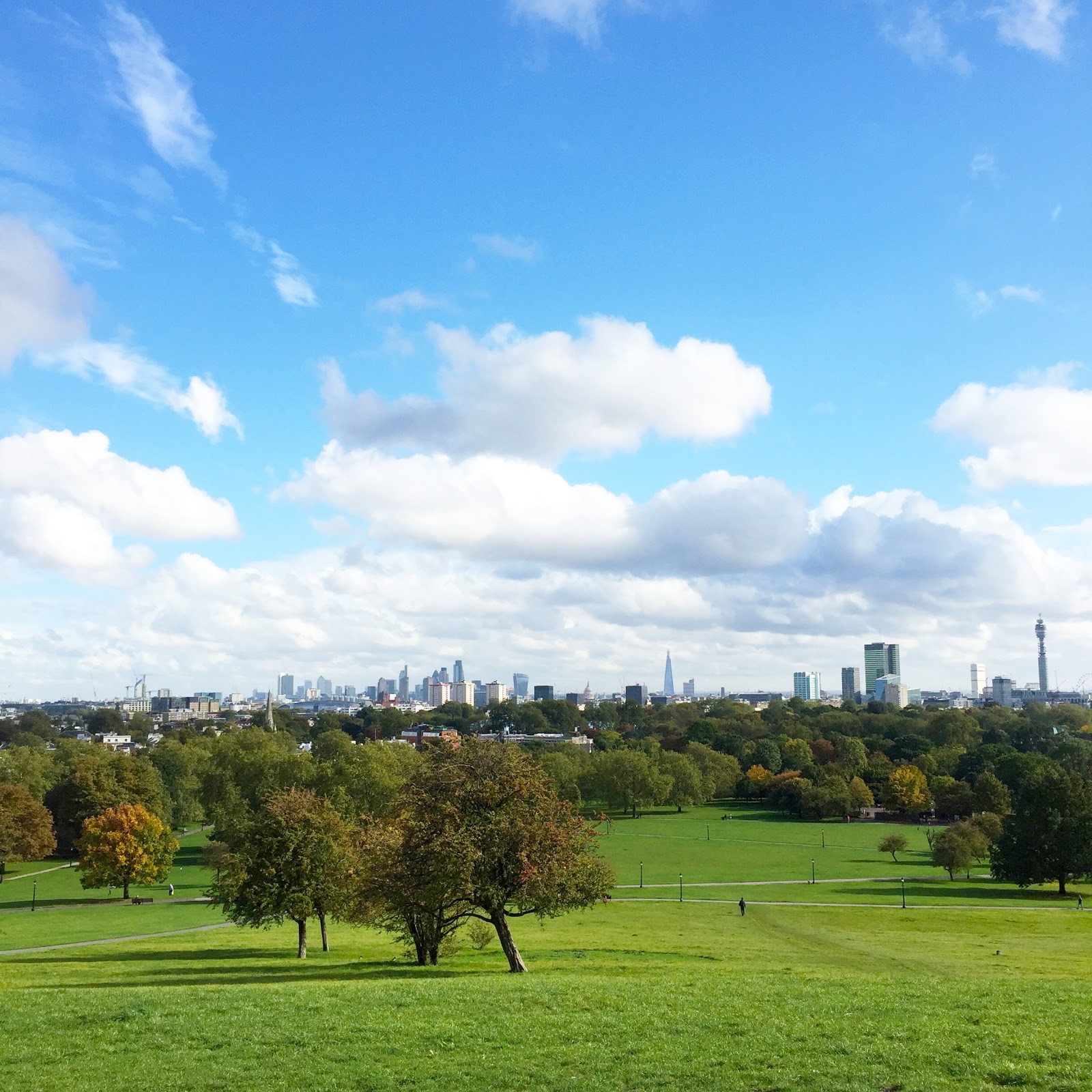 Primose Hill was so peaceful at the time we were there. Again, it was actually very cold despite the blue sky! It must be so lovely to spend time here during the Summer. 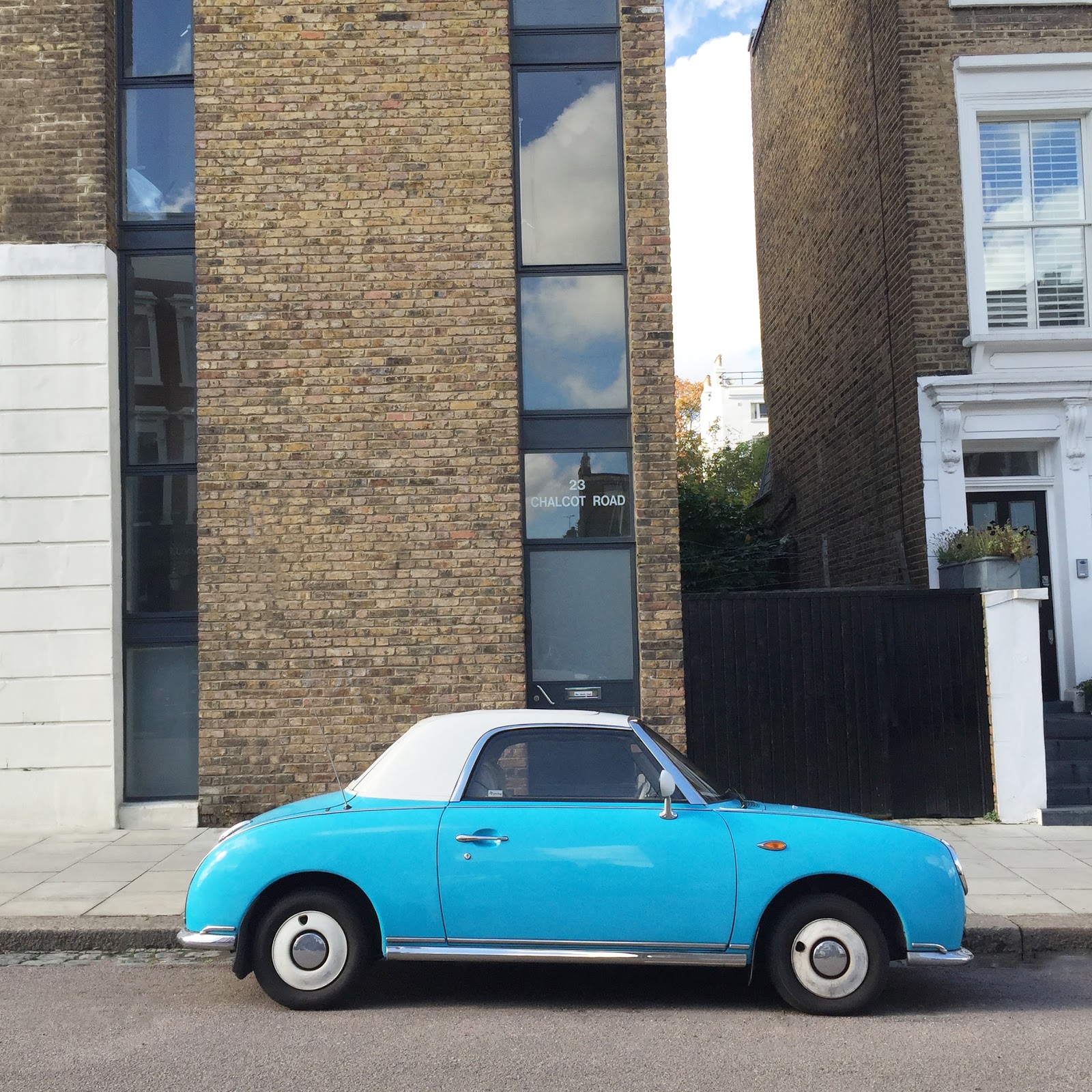 I mean, of course. 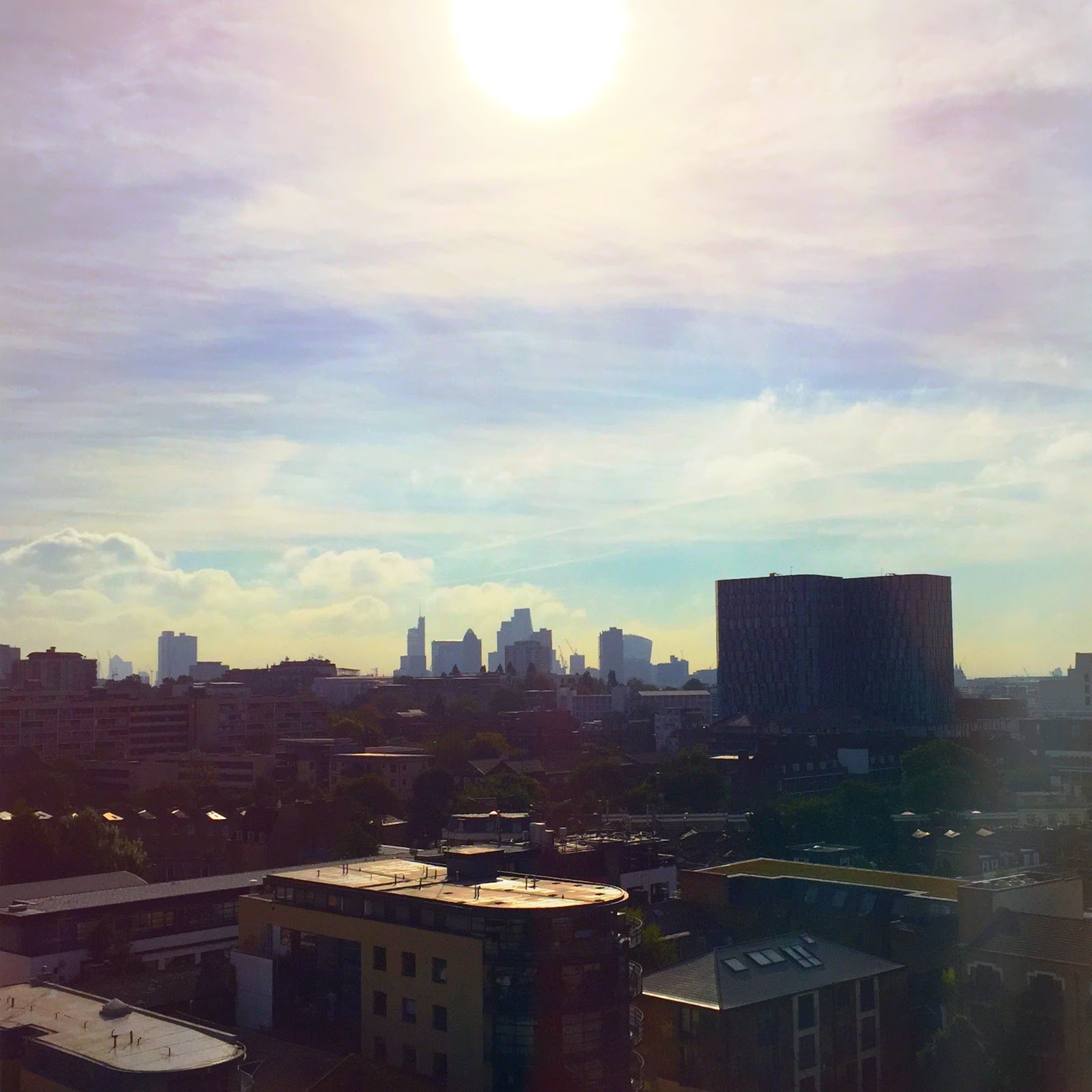 An office with a view! I’m not sure if you can make it out in the photos but you can see a lot of the London sights from all angles of the office including The London Eye, BT Tower, The Gherkin, and St Pauls Cathedral. 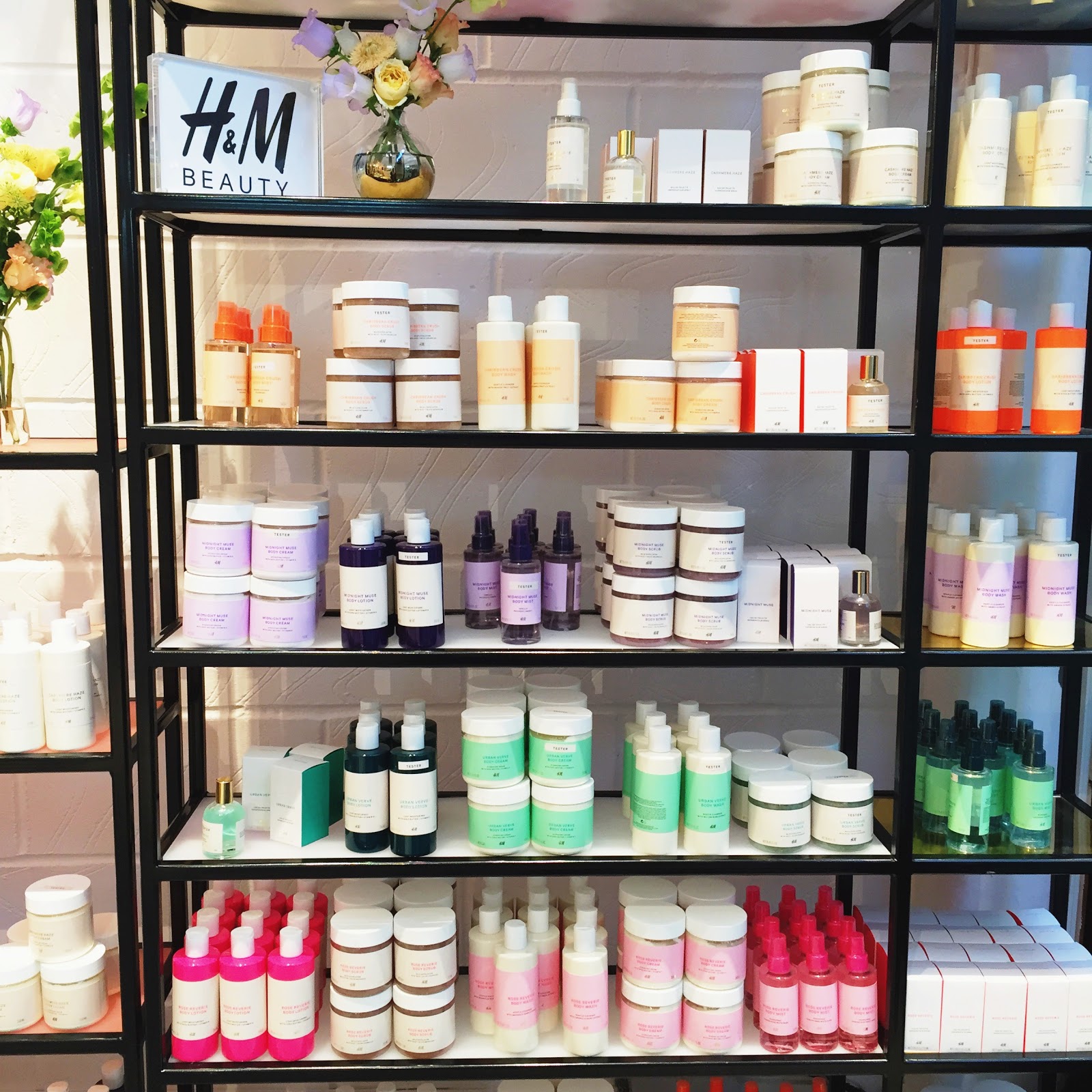 WHERE I SHOPPED:
After spending most of my money on food, it didn’t leave me a lot to go shopping often. I bought all the necessary living essentials (boring!) and after paying rent, bills, travel expense and grocery, I didn’t have a lot left over so shopping for fun was totally out of the question. 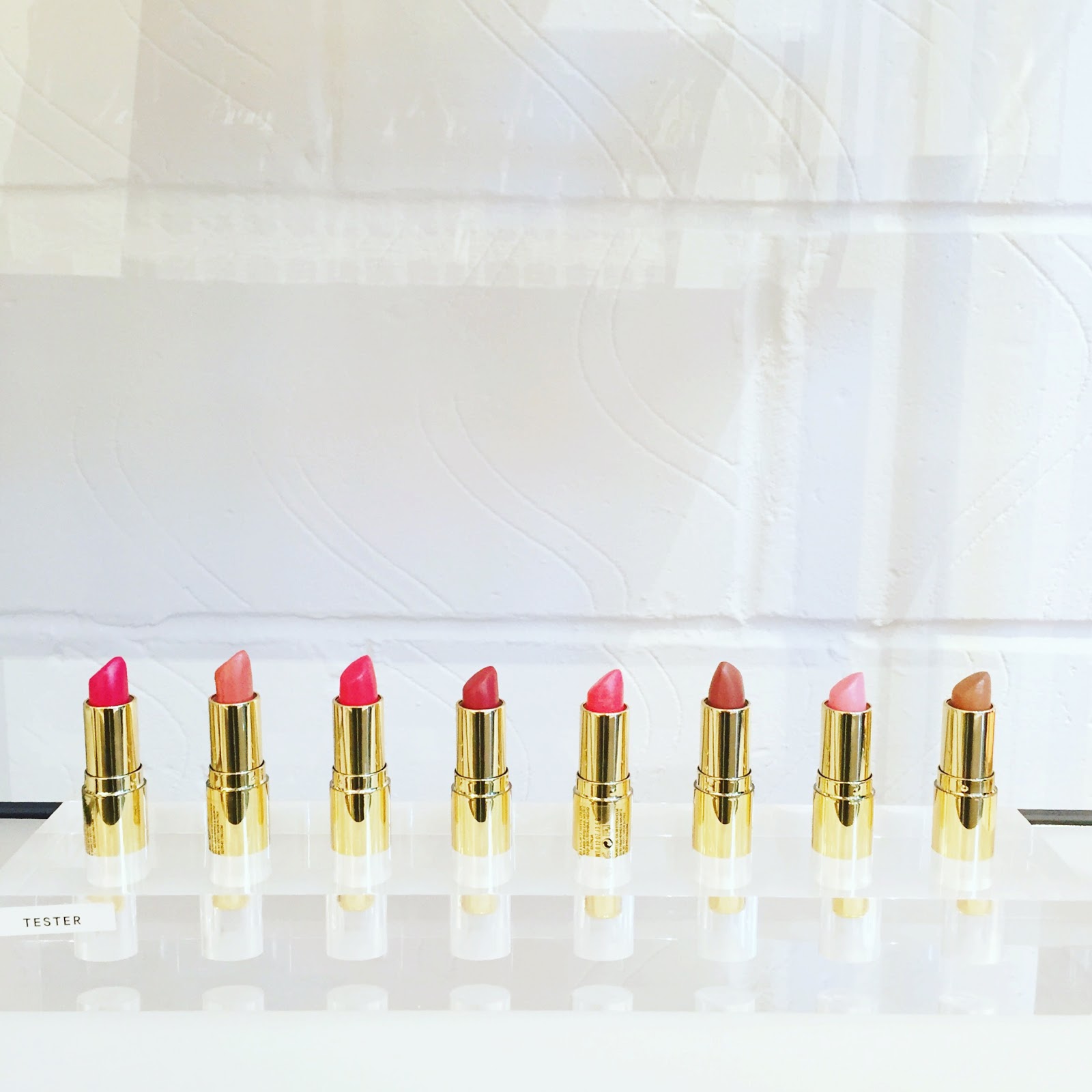 But that didn’t stop me from browsing! I stumbled across the H&M beauty pop-up shop which I don’t think is there anymore. I didn’t even know that H&M had this much in their beauty range! I don’t regret not buying anything, though. I don’t think I *need* more make-up for now!
Check out my other London blogposts to see what else I got up to!
▴ Follow Me On Twitter ▴ Like My Facebook Page ▴ Follow Me On Instagram ▴

Countryside
The £25 Homeware Haul
From Yorkshire With Love
Super Lovely Christmas Gifts For Under £5
Share this post: