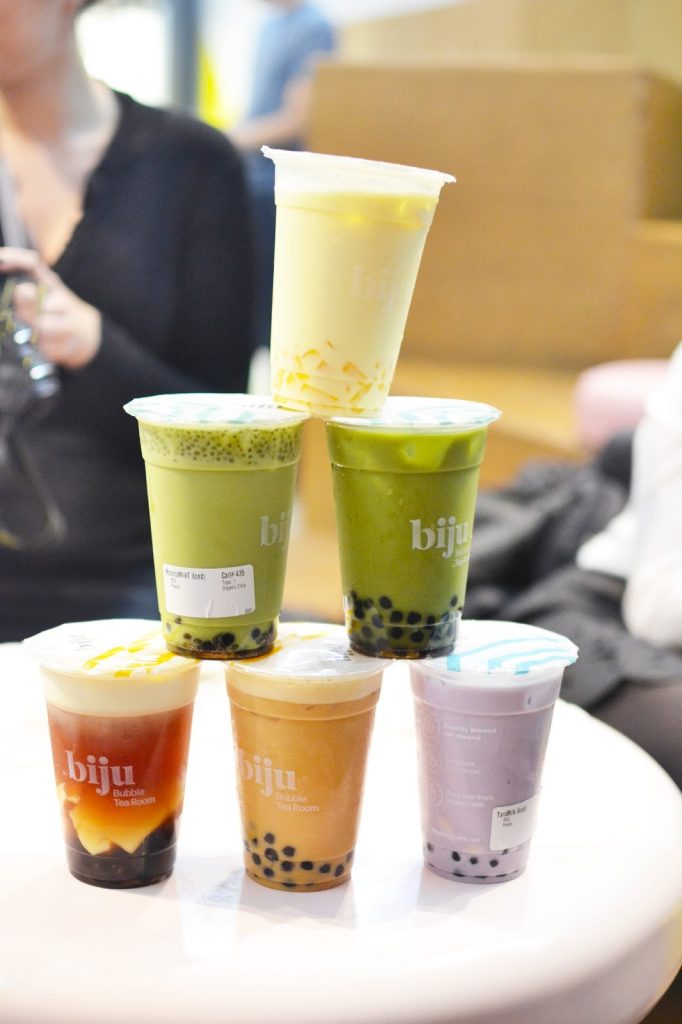 WHAT IS BUBBLE TEA?

Being asian ’n’ all, I’ve always known what bubble tea is, but I know that there’s not that many places in the UK that sells bubble tea. However, it is slowwwwwwwly making it’s way here.

Bubble tea originates from Taiwan and is very popular in the Far East. It’s still fairly alien to many people across the UK but in the past few years, bubble tea has become the new (ish) craze in London, and of course, thanks to Bubbleology, it has been bought to a wider range of consumer (Yay!). 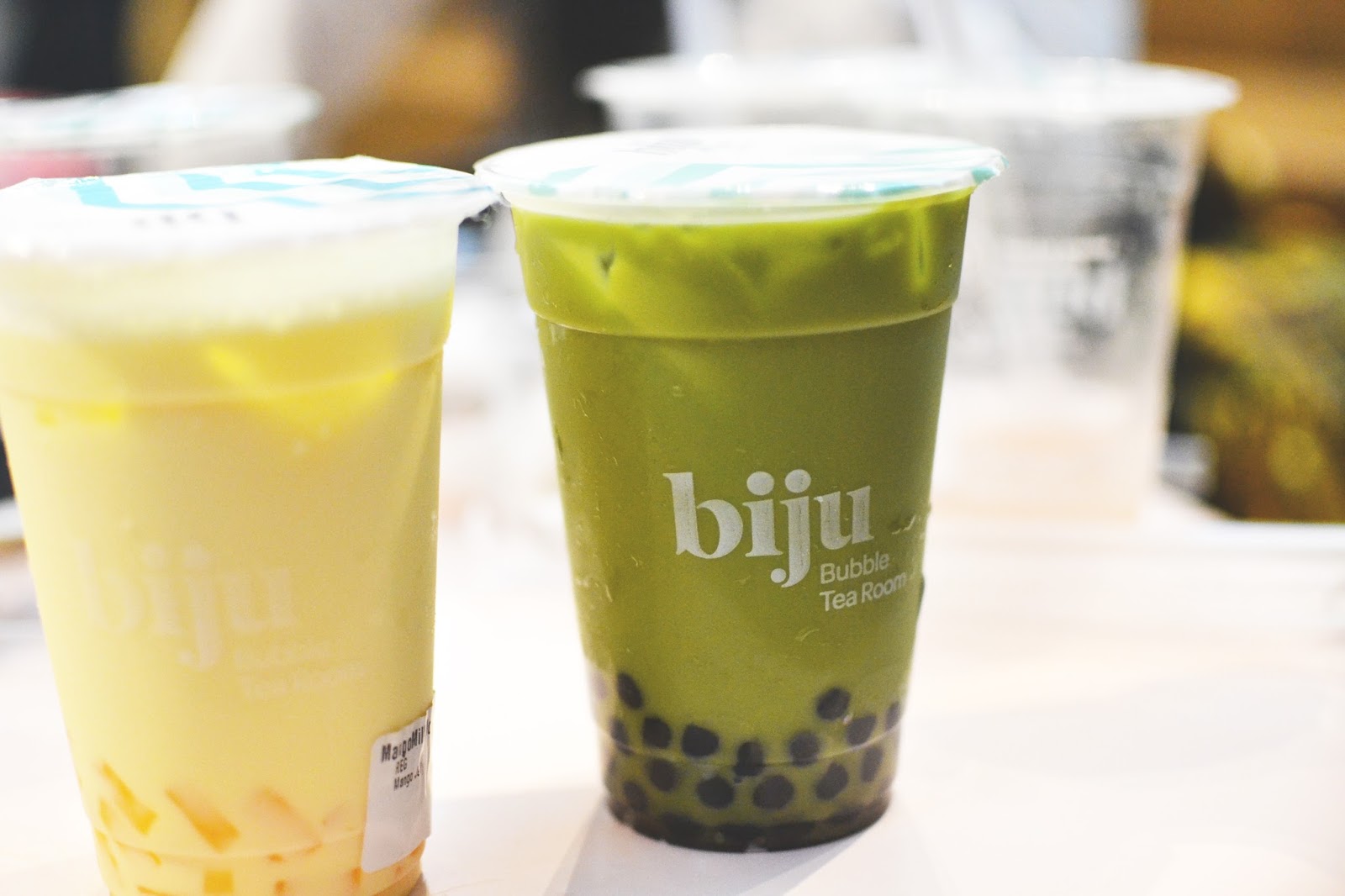 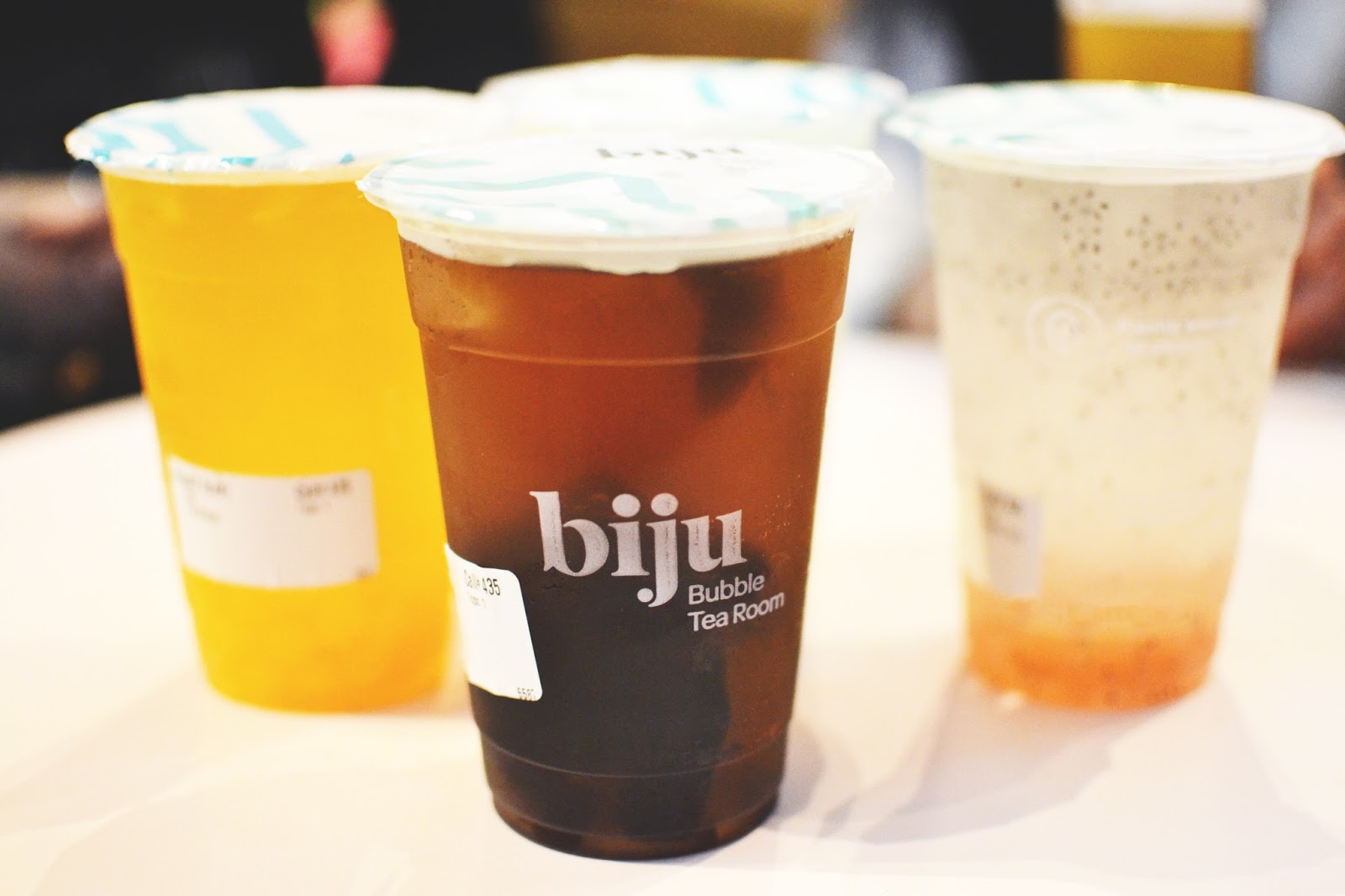 As great a concept Bubbleology is, there’s just something I don’t trust about it. As cool as their concept and branding is, I much prefer a more authentic introduction to bubble tea with a Far East vibe to it.  To me, Bubbleology doesn’t seem authentic and that puts me off slightly. And it’s too sweet, anyway. Sorry, Bubbleology! 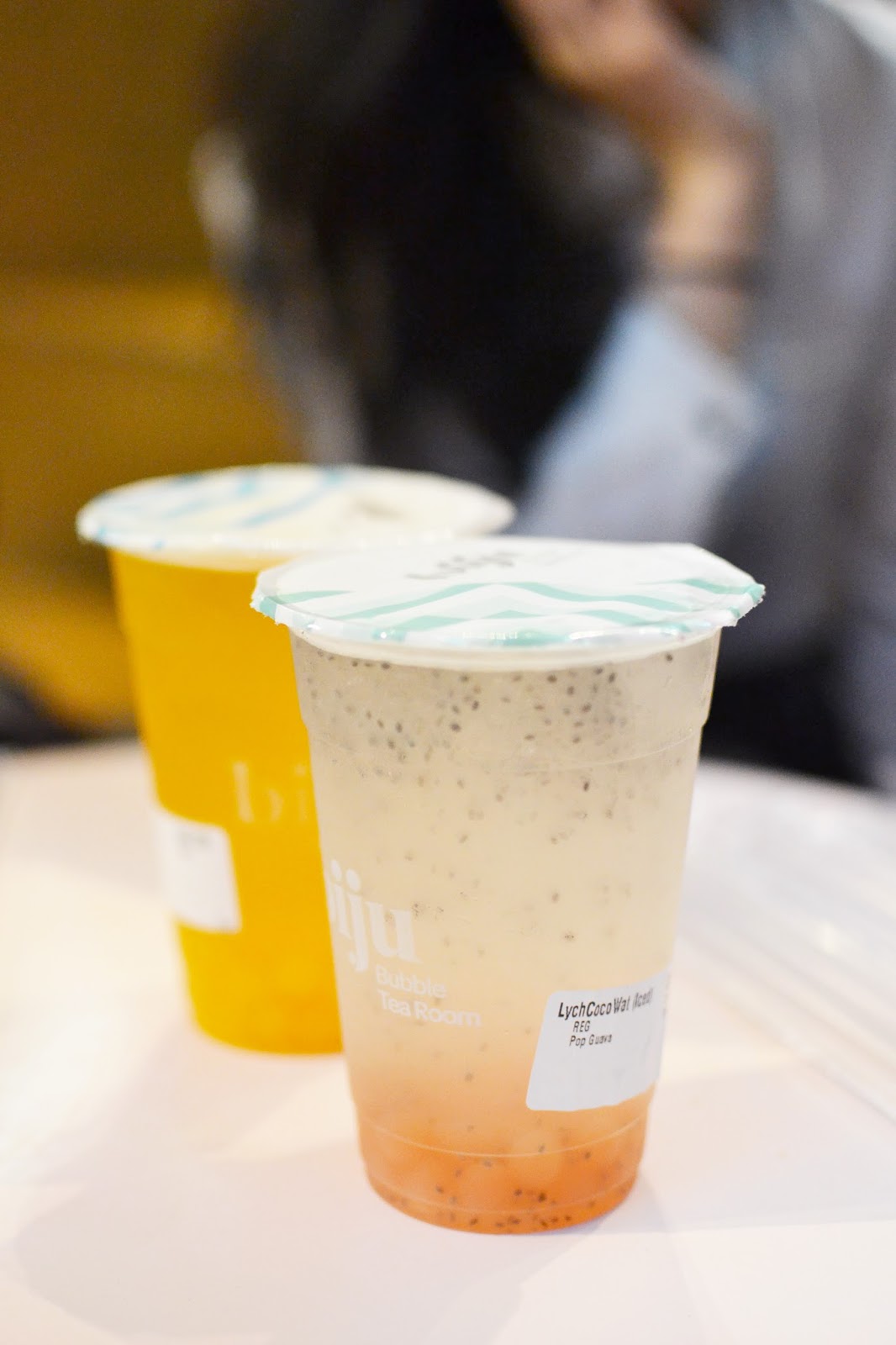 Recently I was invited to Biju, an independently run bubble tea cafe on Old Compton Street in Soho, London. We had a bubble tea tasting session and we learned a lot of things about running a business in one of the busiest areas in the country. Nick, the founder of Biju, kept us entertained with anecdotes of running a business in Soho. He wasn’t short of funny stories, that’s for sure! 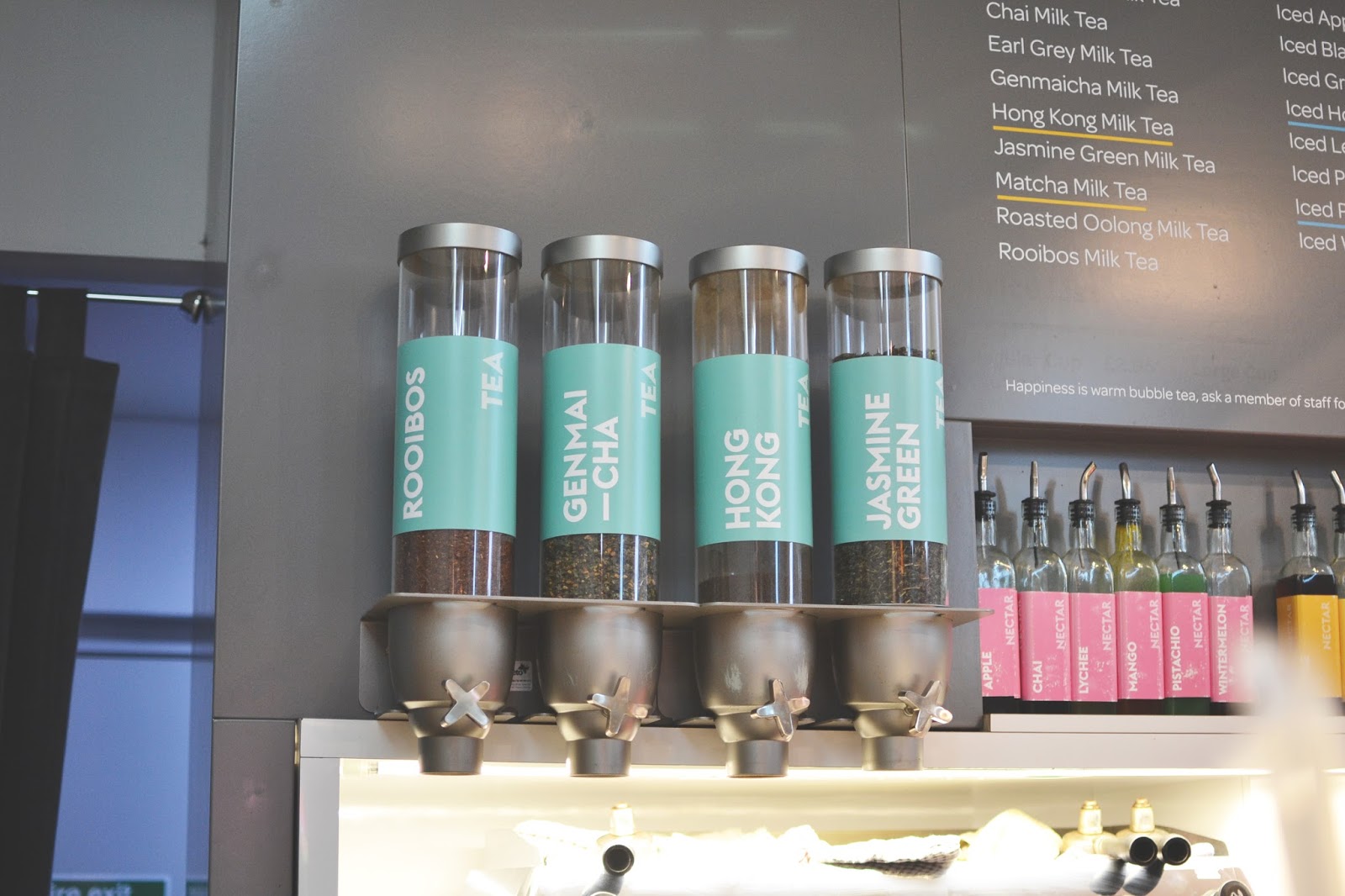 One thing that makes Biju stand out from all their competitors is that they use freshly brewed teas instead of using artificial powders which are filled with a lot E-numbers, and they only use fresh organic and soy milk too for a healthier and tastier option. The sweetness is a lot more controlled so it’s not as overpowering as most bubble teas.
Now, I know a lot of people in the UK are apprehensive about trying bubble teas. If you can, make experience your first bubble tea in Biju. The Soho-based cafe has got a buzz-y atmosphere to it, the customer service of Starbucks, and the fun, quirky vibe of SNOG. Nothing to be intimidated by! 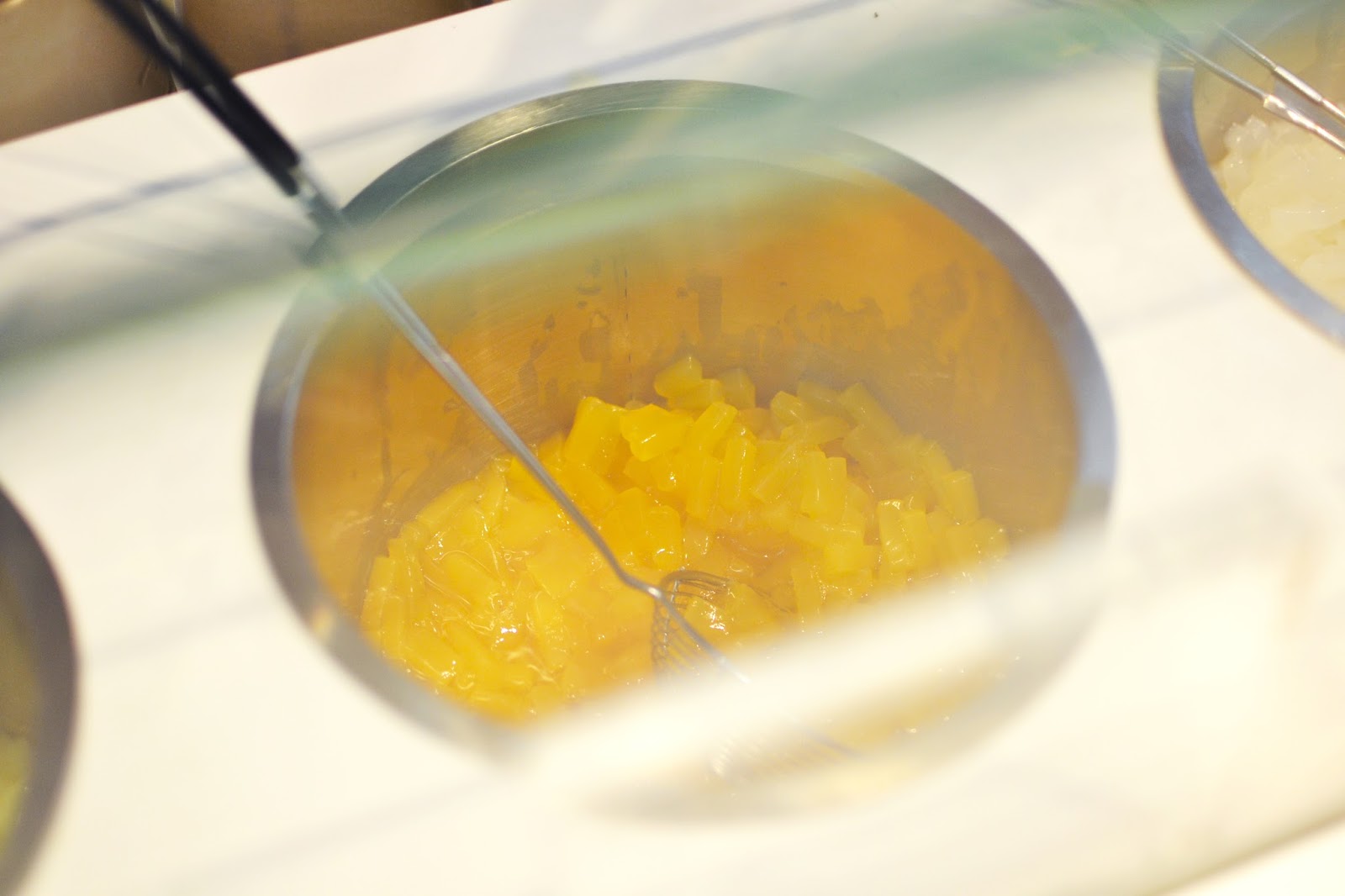 Firstly, you pick the tea and then the type of ‘topping’ such as tapioca pearls, jellies, popping bobas, chia seeds and even caramel pudding (the flan kind, not the sponge type).
They will accommodate to your taste so don’t be afraid to ask the Biji staff to help you create a bubble tea that suits your taste buds, or if you’re a bit more adventurous, pop in and ask for something off-the-menu. 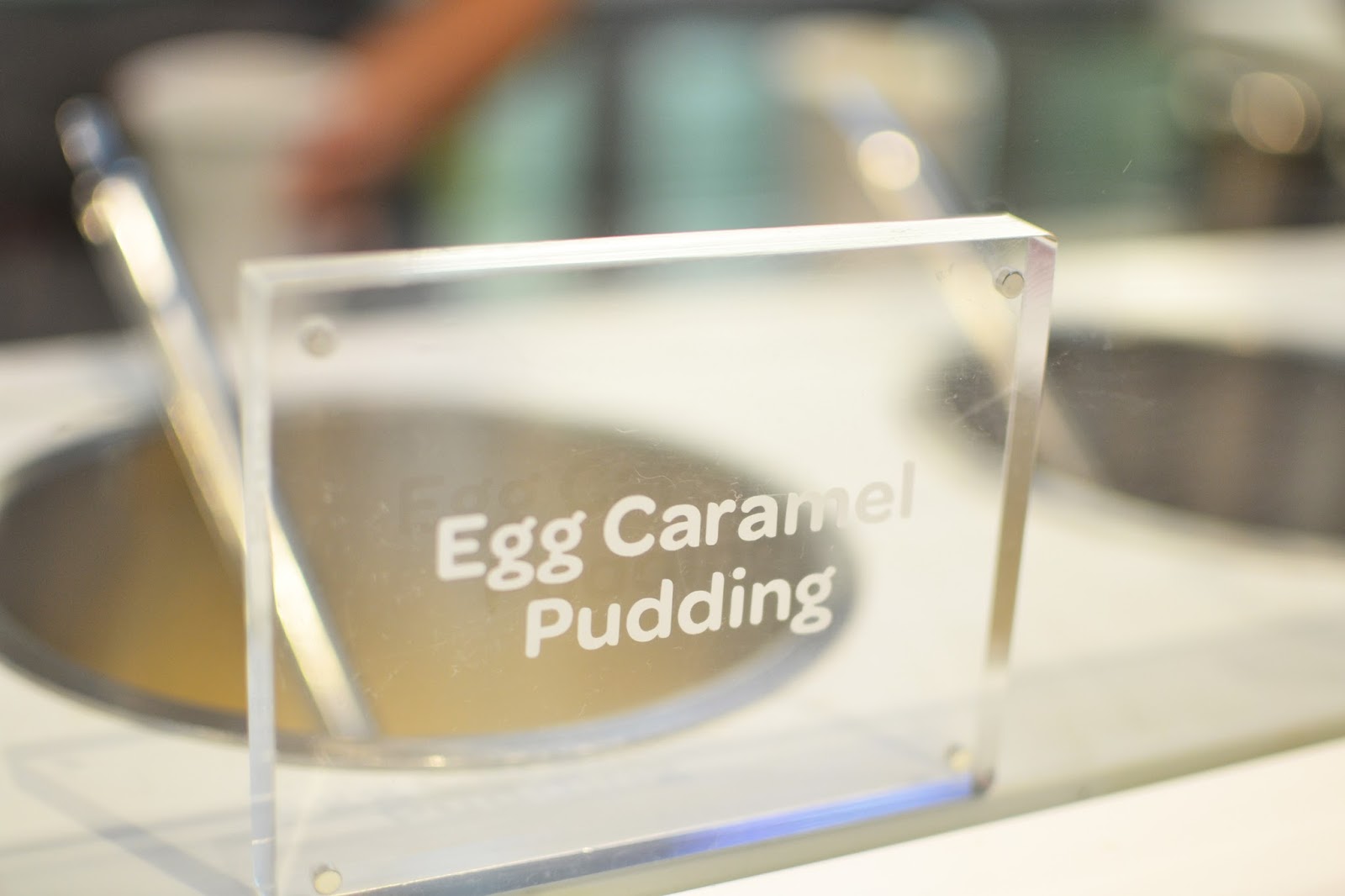 There are actually no ‘bubbles’ in bubble tea. Classically, it’s Assam tea with a topping of black tapioca pearls which are is like a sweet, chewy jelly. Or you can try the new style boba which lightly bursts in your mouth. They contain fruit juices and syrups, and are quite the novelty to begin with! Biju also offer a range of flavoured jellies and even caramel egg custard pudding – it’s so yum! 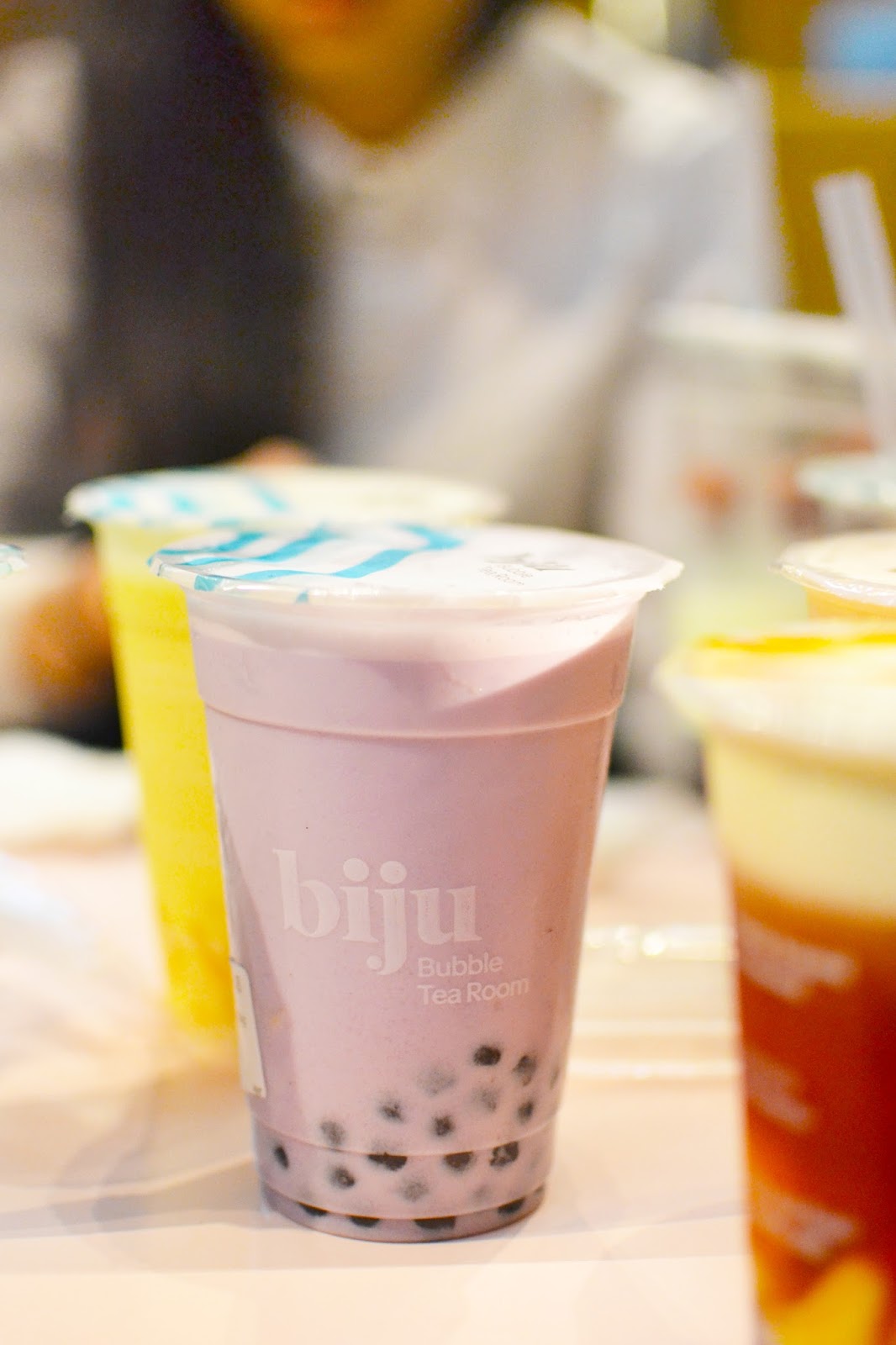 The classic is Assam which is what I always go for – but only because I get overwhelmed with the menu and out of panic, I end up ordering what I am most familiar with. Which is why I accepting this invite to taste bubble tea because I wanted to learn more and taste different flavours. I met with a group of lovely food bloggers and we had a really good time at Biju. I woke up the next morning craving it, and to be honest, I’ve been craving a Biju bubble tea ever since!

We were given a huge selection of hot and cold drinks to try including coconut water with lychee popping bobas and chia seeds, pistachio tea, honeydew, mango milk, Hong Kong style tea, taro milk, matcha, and black mousse tea which was my FAVE. It was sweet with a slightly savoury taste – very unusual and contains a secret ingredient but if you like flavours such as salted caramel, I recommend the the mousse teas, they’re great! 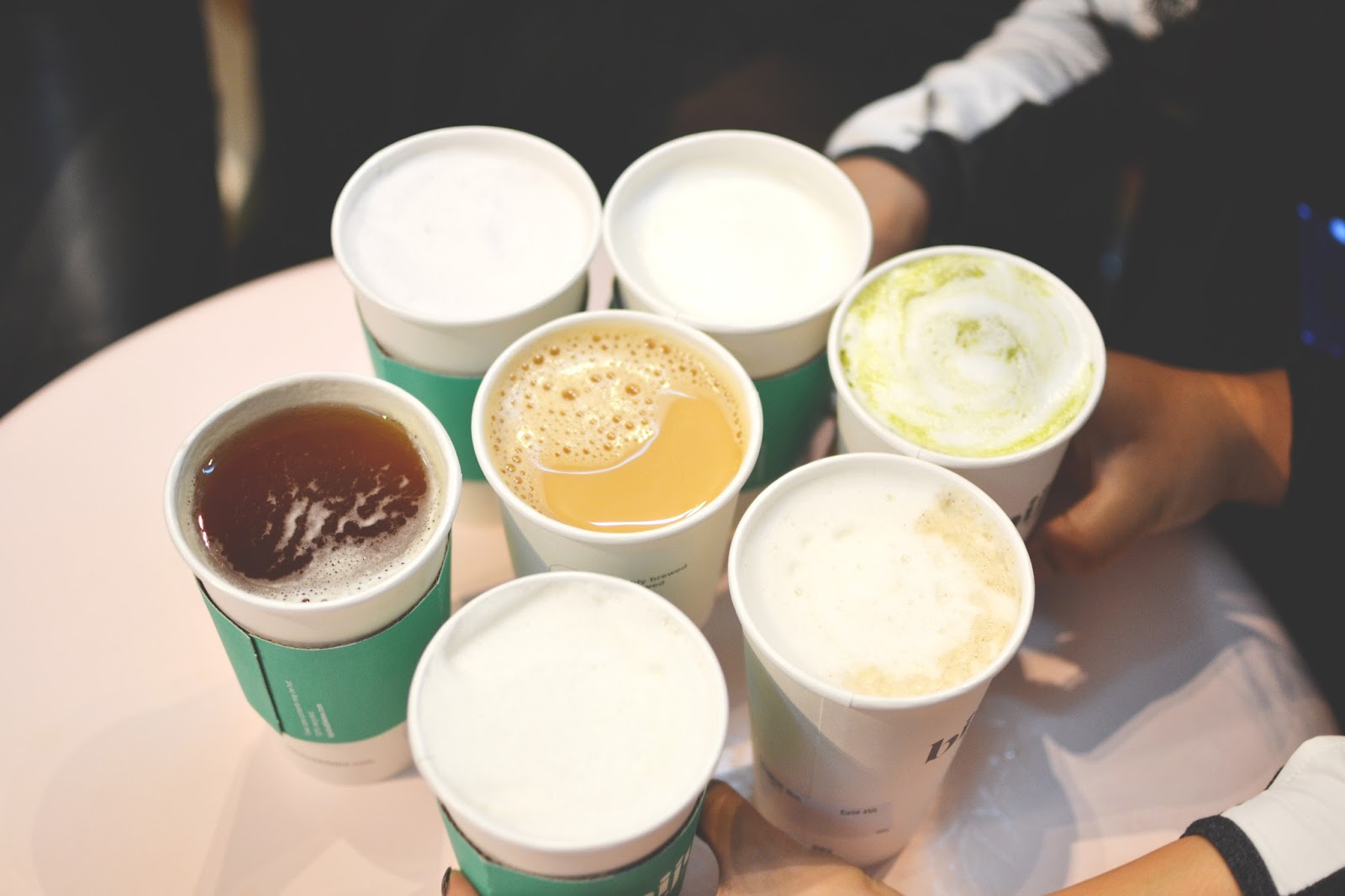 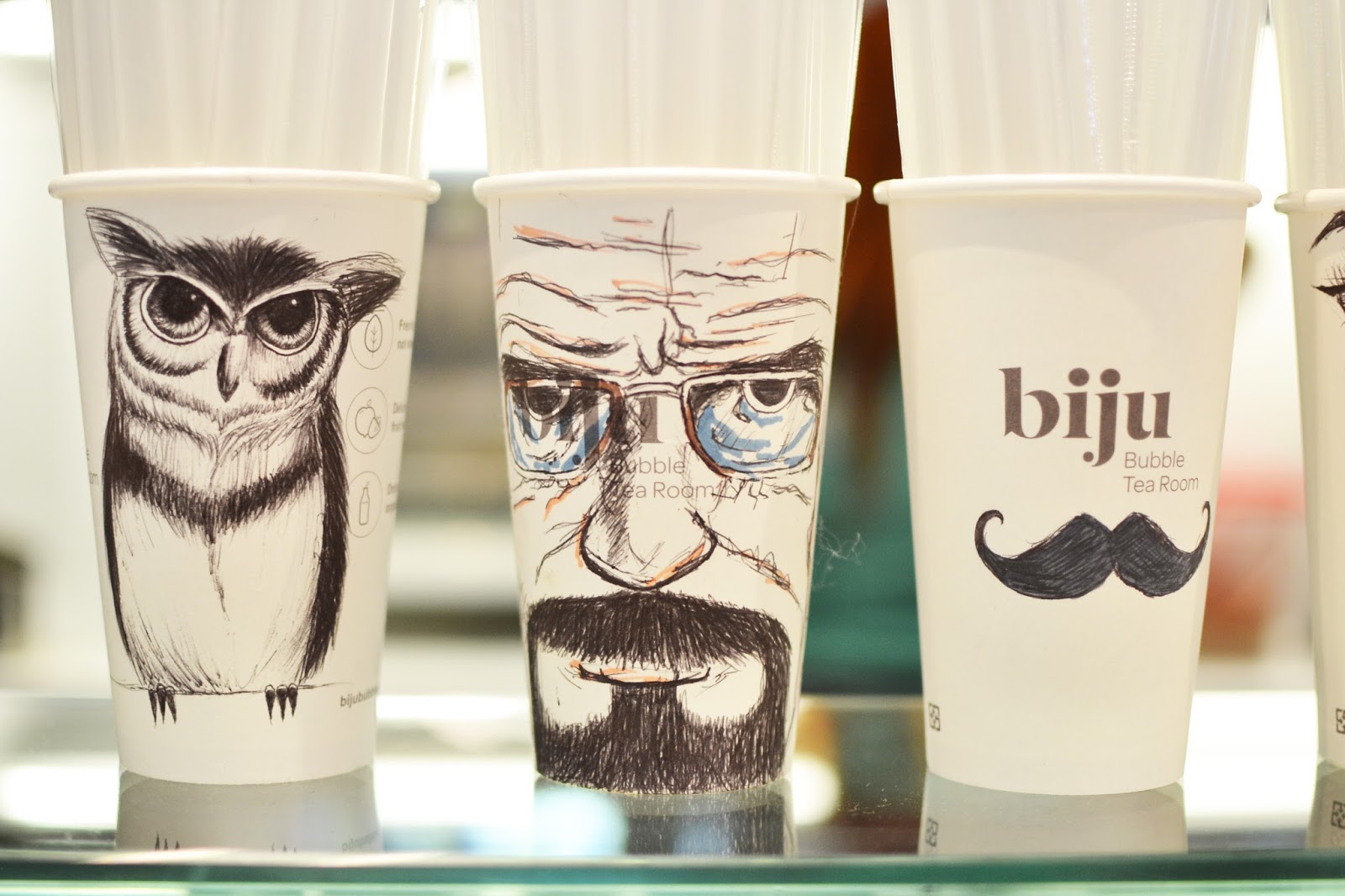 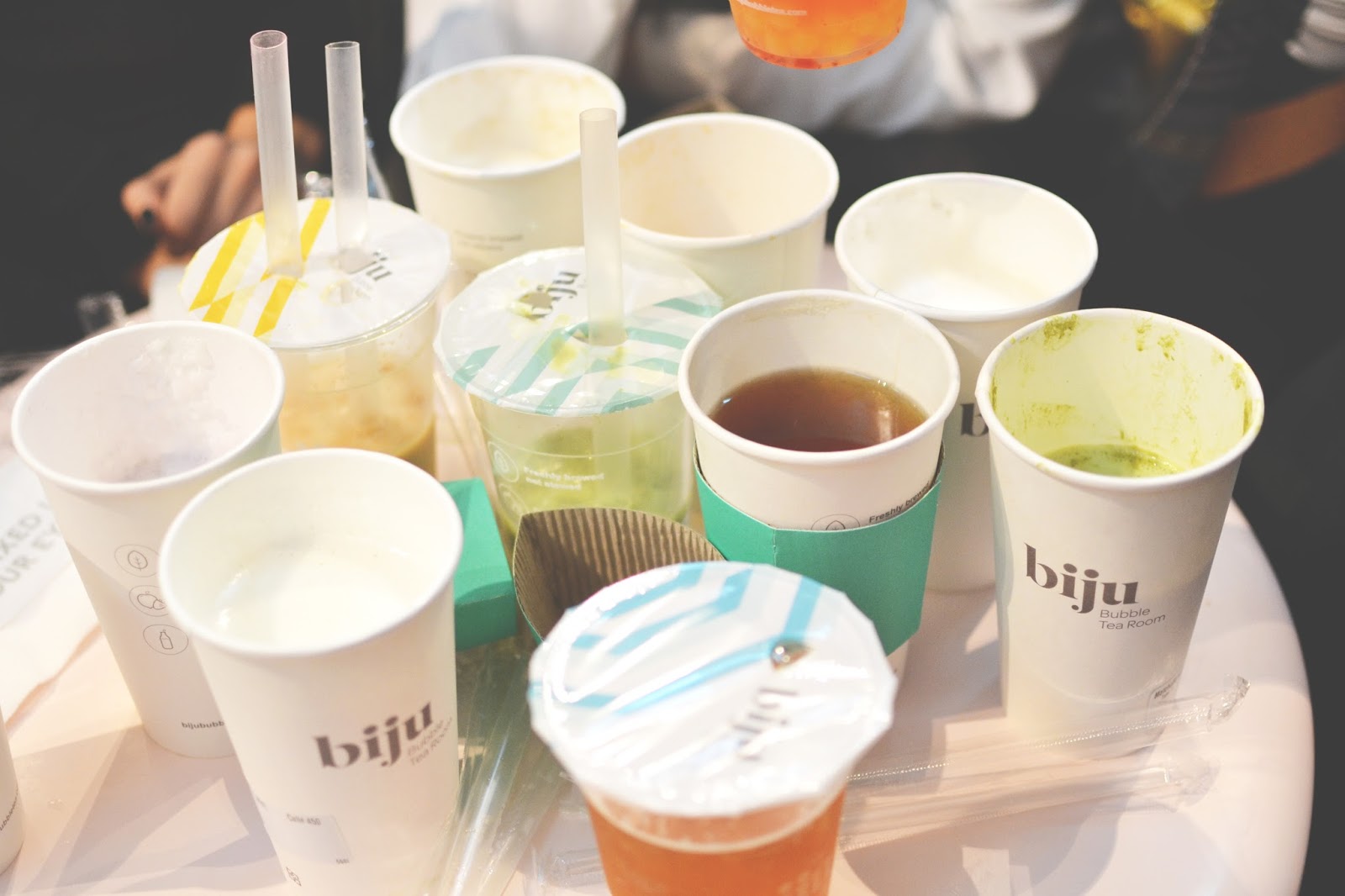 Biju is located at 45 Old Compton Street and the nearest tube stations are Picadilly Circus or Leicester Square. See more on their website, including the menu, or follow them on Instagram.

Have you tried bubble tea yet?

17 thoughts on “What Is Bubble Tea? | Bubble Tea Tasting at Biju”