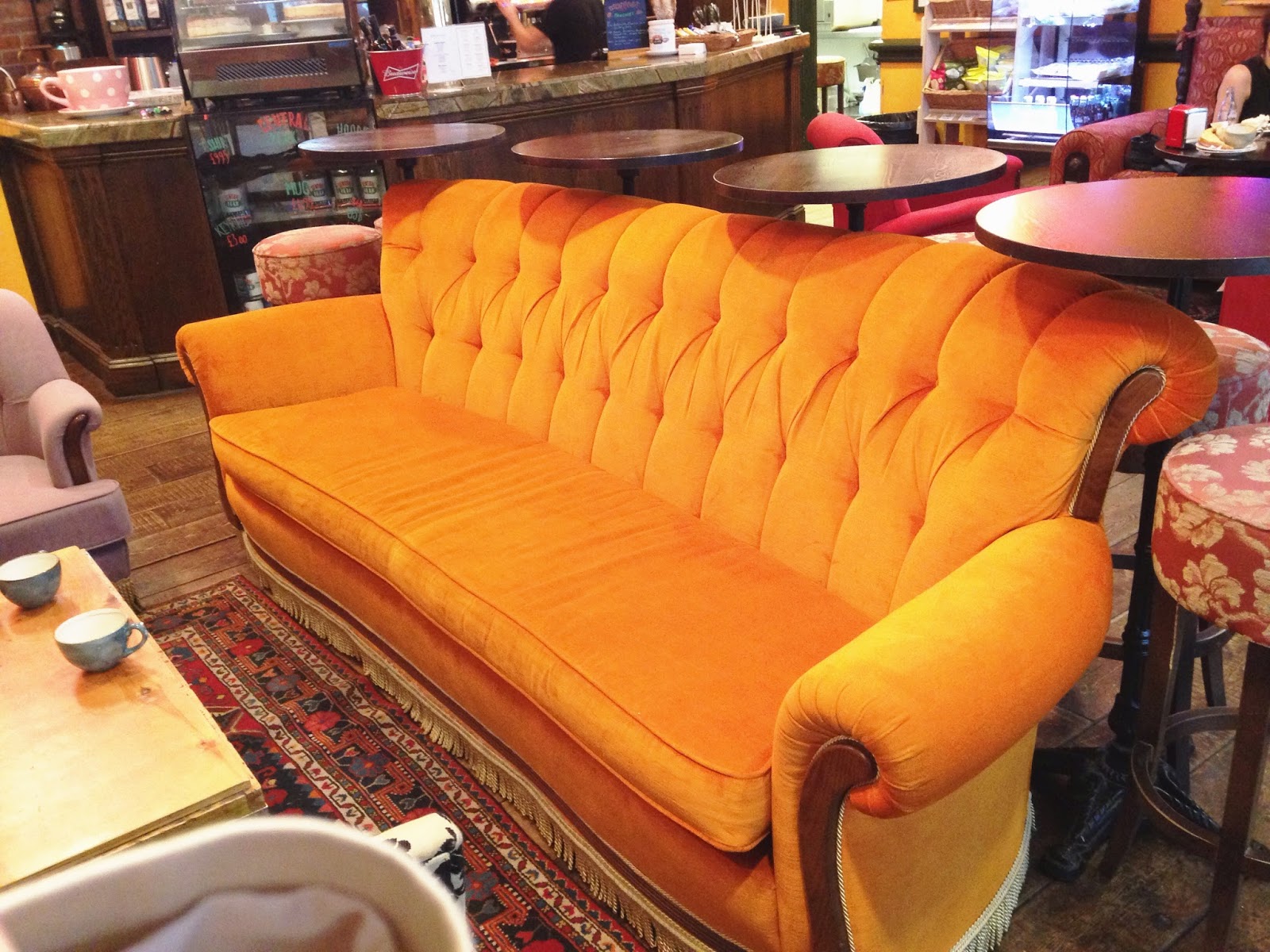 If you’re a Friends fan, you’ve got to visit Central Perk in Liverpool, it is the cutest cafe in all the land! It may not be the real thing (well, d’uh) but it’s pretty close to it!

I’ve been to my fair share of cafes and tea rooms, and they’re usually either hipster or shabby chic. But Central Perk, as you may have guessed by now, is a New York style coffee shop completely inspired by Friends.

I have always been a fan of Friends, ever since the mid 90’s, my mum’s friend used to come round on Fridays and I’d sit there and watch it with her. She never missed an episode and neither did I.
Being 9 or 10 years old at the time, I didn’t get all of the jokes but I grew up watching Friends and it remains as one my ultimate favourite TV show (along with Sex And The City). I was sad when it ended but it was actually possible to watch the re-runs 8 times a day when e4 aired it and I have the box set so it’s like it never even ended.
Even now, not a day goes by without unintentionally reference and quote Friends – yeah, I realise how annoying that must sound – but something always reminds me of an episode of Friends! When people say they’ve never watched it before or that they just don’t “get it”, I look at them like WHUTTTT? R U FROM MARS? 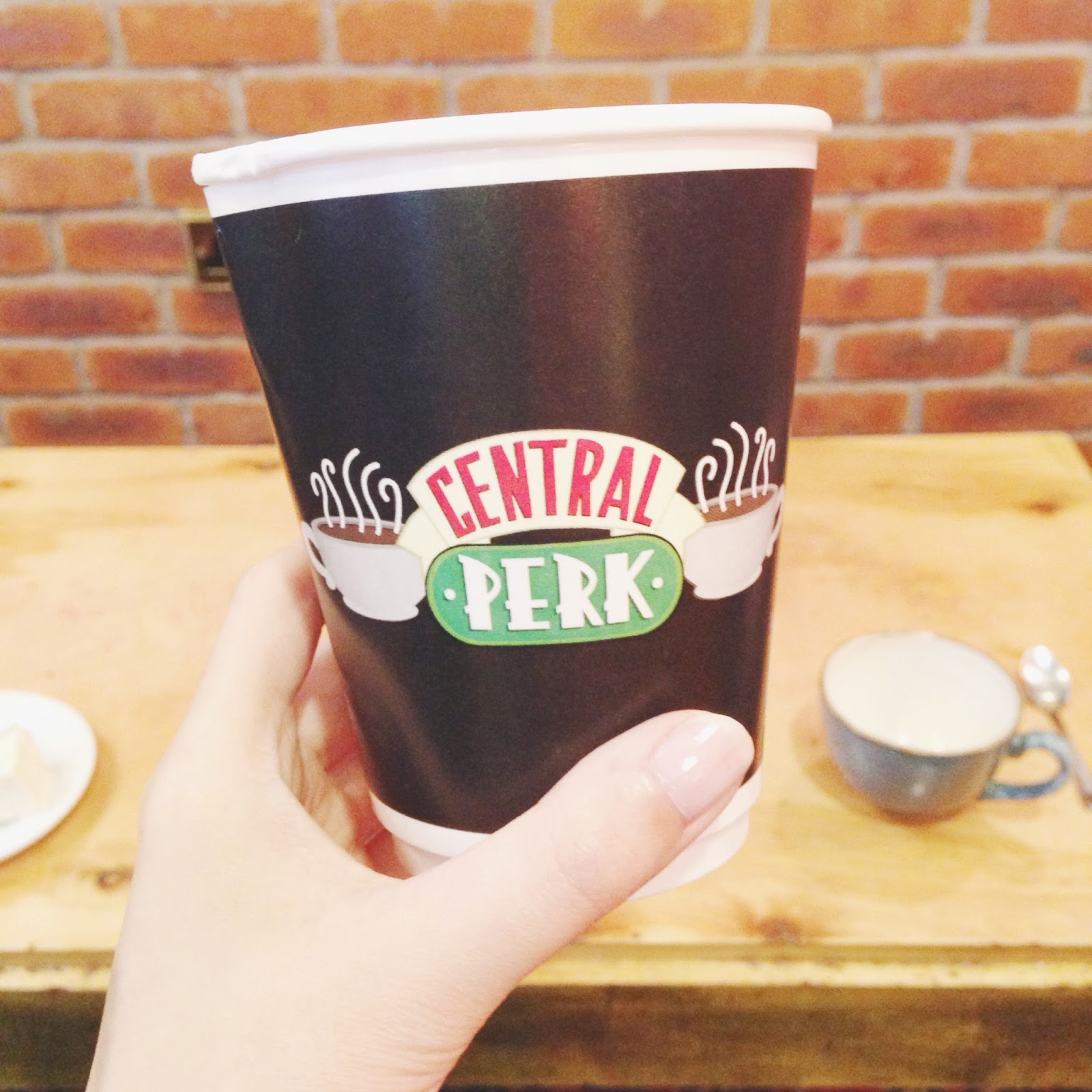 Anyway! Back to the cafe! Central Perk in Liverpool is on Hatton Garden. Conveniently located opposite Travelodge Liverpool Central hotel we were staying at. I heard about the cafe through Instagram and blogs, and I wanted to continue the chain of word-of-mouth. If you’re a Friends mega fan like me, you will LOVE it!! 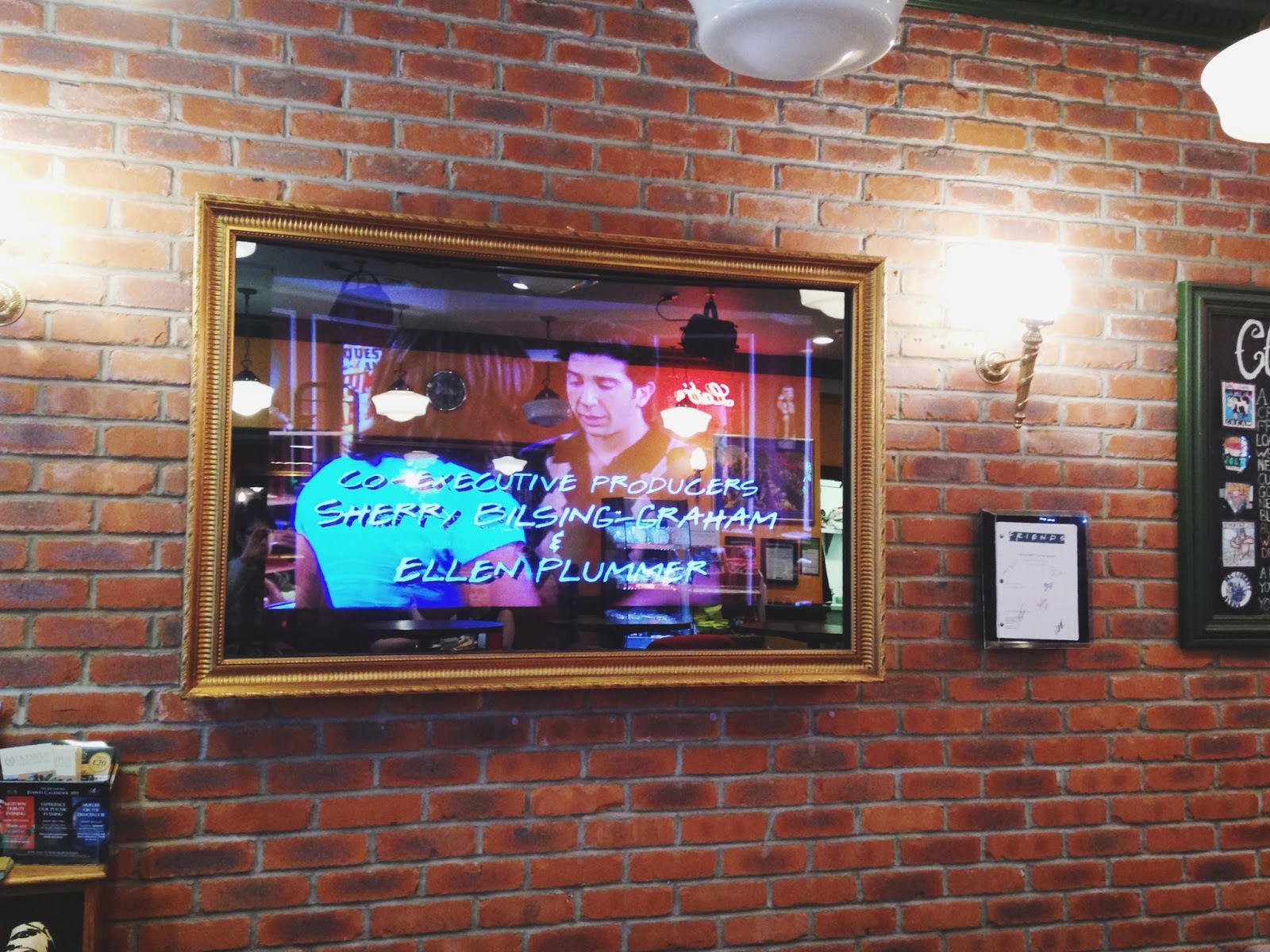 The front of the cafe has all the recognisable Central Perk logo, and when you walk in, the first thing you will notice is the sound of the Friends playing on the large screen TV’s which have large gold frames around them. Then you’ll probably notice the big orange couch which everyone fights to sit in – the main couch is never empty.
The cafe is a cute replica of the one in Friends. It is small and compact but it has all of the right details in all the right places. My favourite thing about the cafe is that they play episodes of Friends, it adds to the theme and overall experience. 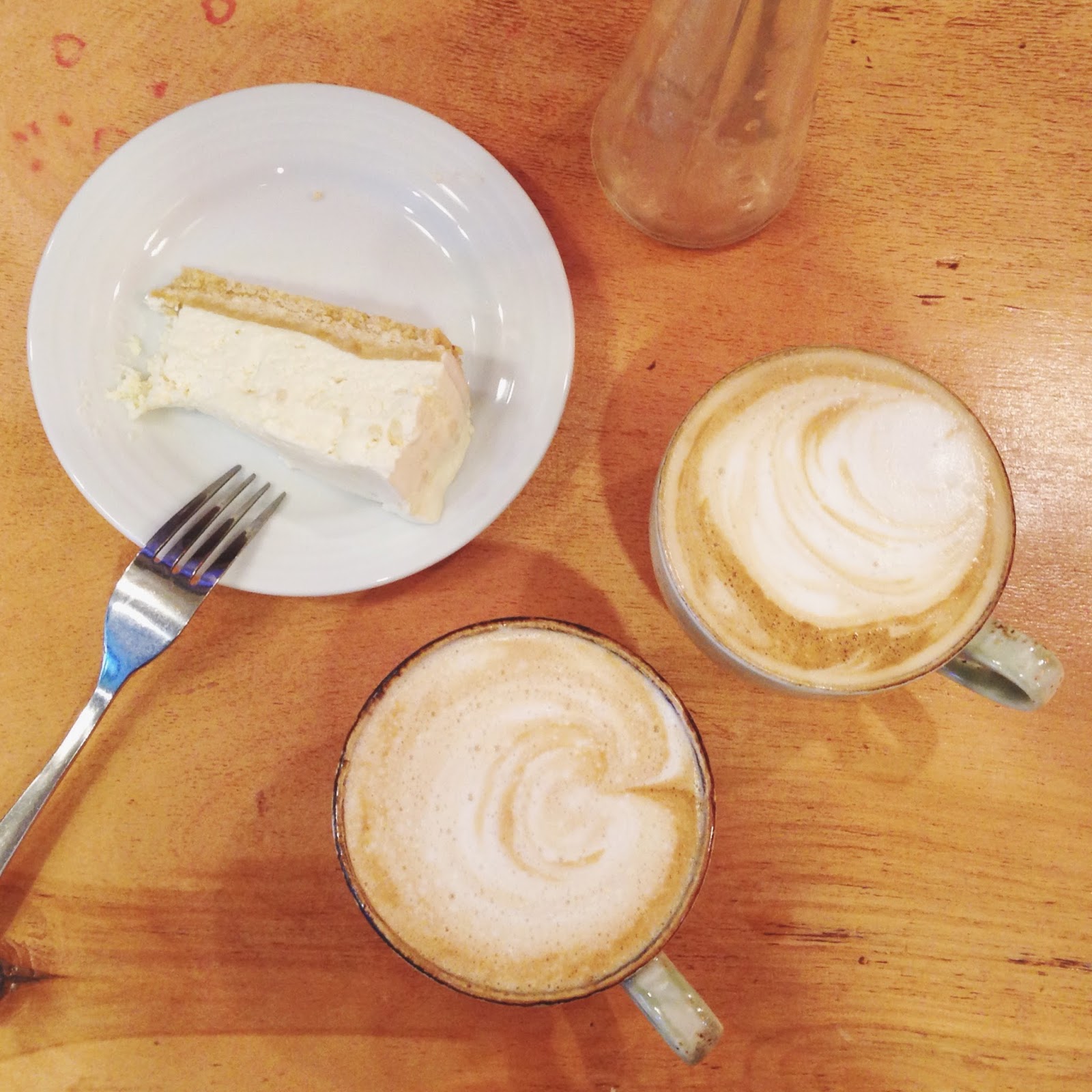 There’s a large selection of coffees (Friends inspired coffee blends), milkshakes and cold drinks on the menu as well as sandwiches, wraps, panini’s, waffles and pancakes. There’s also a variety of delicious cakes, American desserts and snacks. I enjoyed an caramel latte and a white chocolate cheesecake. 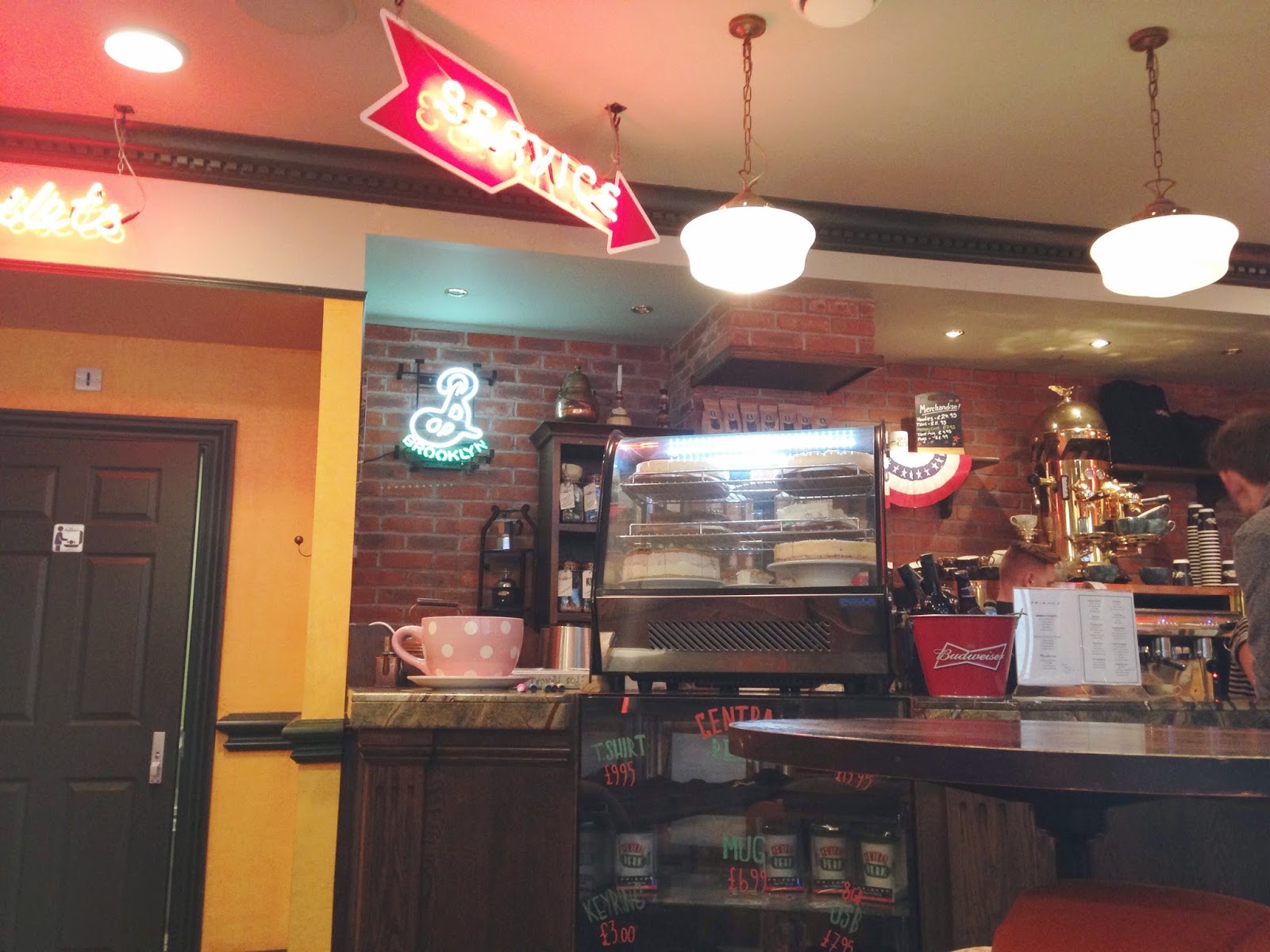 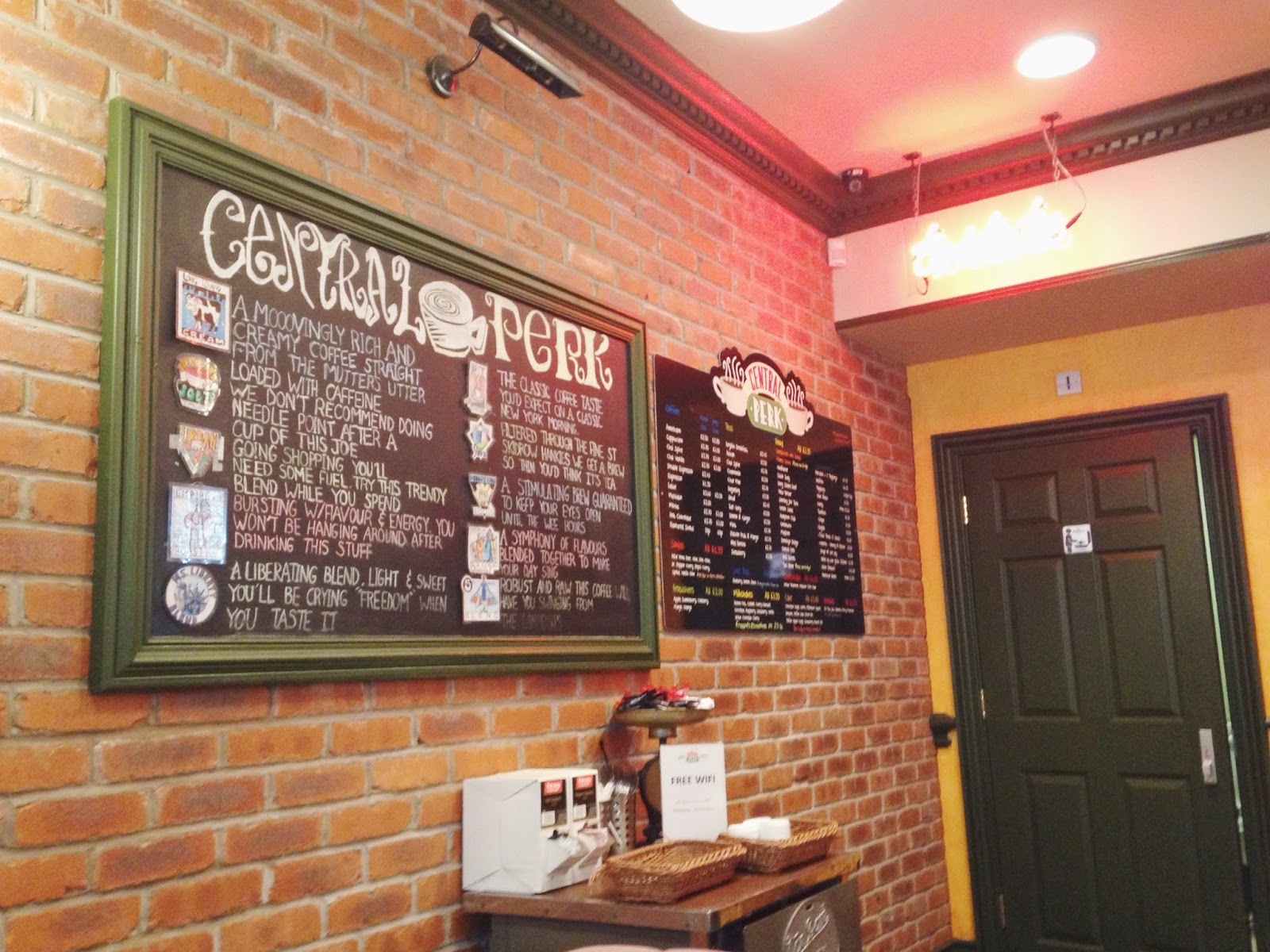 We didn’t stay long enough to experience the events that Central Perk hosts but they have movie nights, Phoebe Buffay style open mic night, and cafe quiz. Sounds like my kind of evening entertainment!
It’s a nice place for everyone to go and hang out, even if you’re not a fan of the TV show. I think they’ve just opened another cafe in Liverpool on Bold Street but I hope they bring Central Perk further up north! It would be like my second home!
Come and see what else I got up to in Liverpool in my travel diary!
▴ Follow Me On Twitter ▴ Like My Facebook Page ▴ Follow Me On Instagram ▴

FOOD: 6 Recipes For Easter Cakes
Christmas Gift Guide For Him: The Classics
The Beginning Of Spring
The Best Yankee Candles This Spring 2014
Share this post:

18 thoughts on “There’s A Central Perk… In LIVERPOOL!”