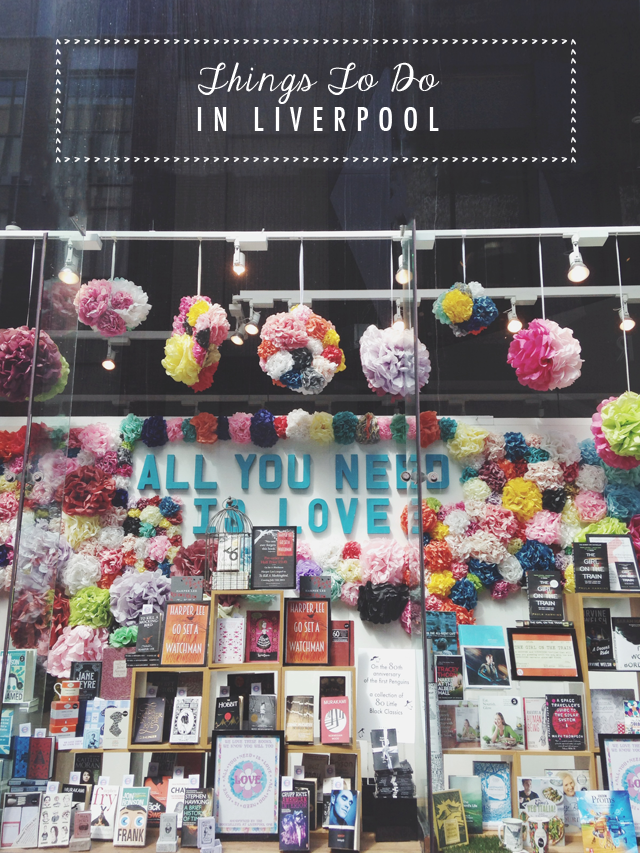 Things To Do: Two Days In Liverpool

Travelodge invited me to stay at one of their Liverpool hotels to get a taste of what the city has got to offer. I’ve only ever been to Liverpool once and that was two years ago for my sister’s hen party so our itinerary was pretty jam-packed with party activities, as you can imagine!
This time, I wanted to go to and explore the city and find out what there is to do in Liverpool aside from the buzzing nightlife. I made a list of all the things I wanted to do in Liverpool but we only had two days there so had to be smart with our time. I also wanted to avoid getting a bus or travel by taxi to not only cut down costs (and get a bit o’ exercise!) but to also take in more of the city, and the only way to do that was by foot, really. But that wasn’t a problem because our hotel was in such a great location, it was really convenient to get to places.
I’ve split this travel diary in to two separate blogposts for each day we were there, so you can hop over to Day 2’s report once you have finished reading this one!

Here’s what happened on the first day we were in Liverpool.


Getting to the Travelodge

We travelled by train early in the morning and it took us a total of 3 hours (with a half an hour delay) to get there but the three hours went by very quickly.

I decided that, once we arrived in Liverpool, I wanted to walk everywhere and the Travelodge Liverpool Central Hotel was less than ten minutes from Liverpool Lime Street train station so that was a good start! It was really easy to get to!

Upon checking in, we were told that we didn’t have an early booking and that it was an extra cost to check-in before 3pm. I wasn’t aware of this as I wasn’t the one that made the booking.

However, there is an option to leave your bag at the hotel and return anytime after 3pm, or pay a small cost of £10 extra to check-in “early”. The staff was very helpful and the room is what you’d expect it to be. 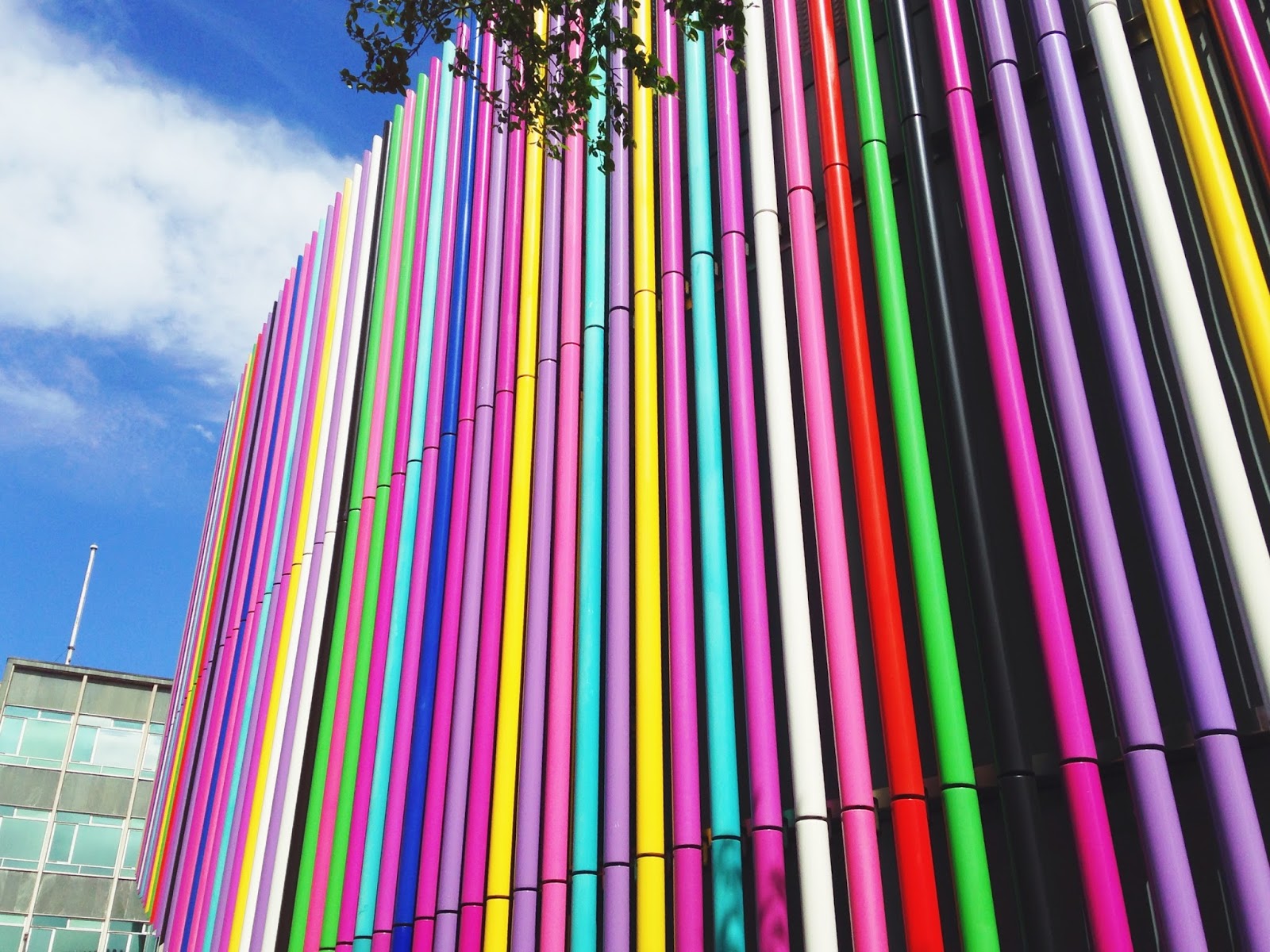 After freshening up, we made our way towards the high street and Liverpool One to check out what it had to offer. I didn’t want to spend too long looking around in the shops because I was on a budget and I didn’t want to be tempted in to buying things!

Albert Dock was also quite high on the list of things to do in Liverpool and I knew that you can get there via Liverpool One so I thought I’d kill two birds with one stone!

I didn’t expect Liverpool One to be roofless, open-air shopping complex but it’s a pretty cool concept and I can imagine how nice it is to spend time there when the weather is bright and sunny! (Hold tight, UK. Sunshine is on it’s way… surely!)

If you’re a beauty junkie, you must visit Harvey Nichols Beauty Bazaar. It was a pleasant surprise to stumble upon it. It is beauty heaven! It would be dangerous for my bank balance to spend any more than 20 minutes in there, so it was a good job that as we were pressed for time, I didn’t get a chance to browse for long! 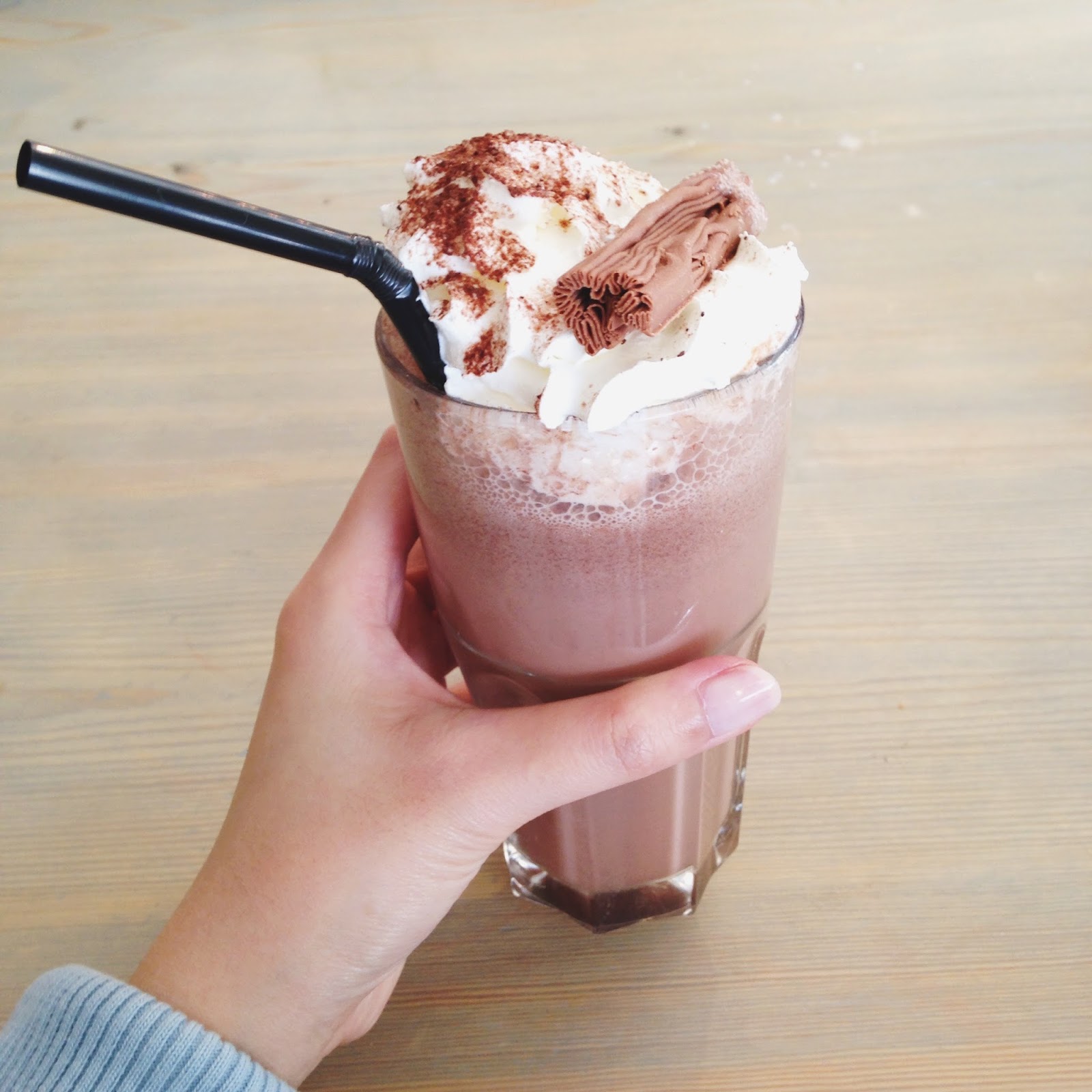 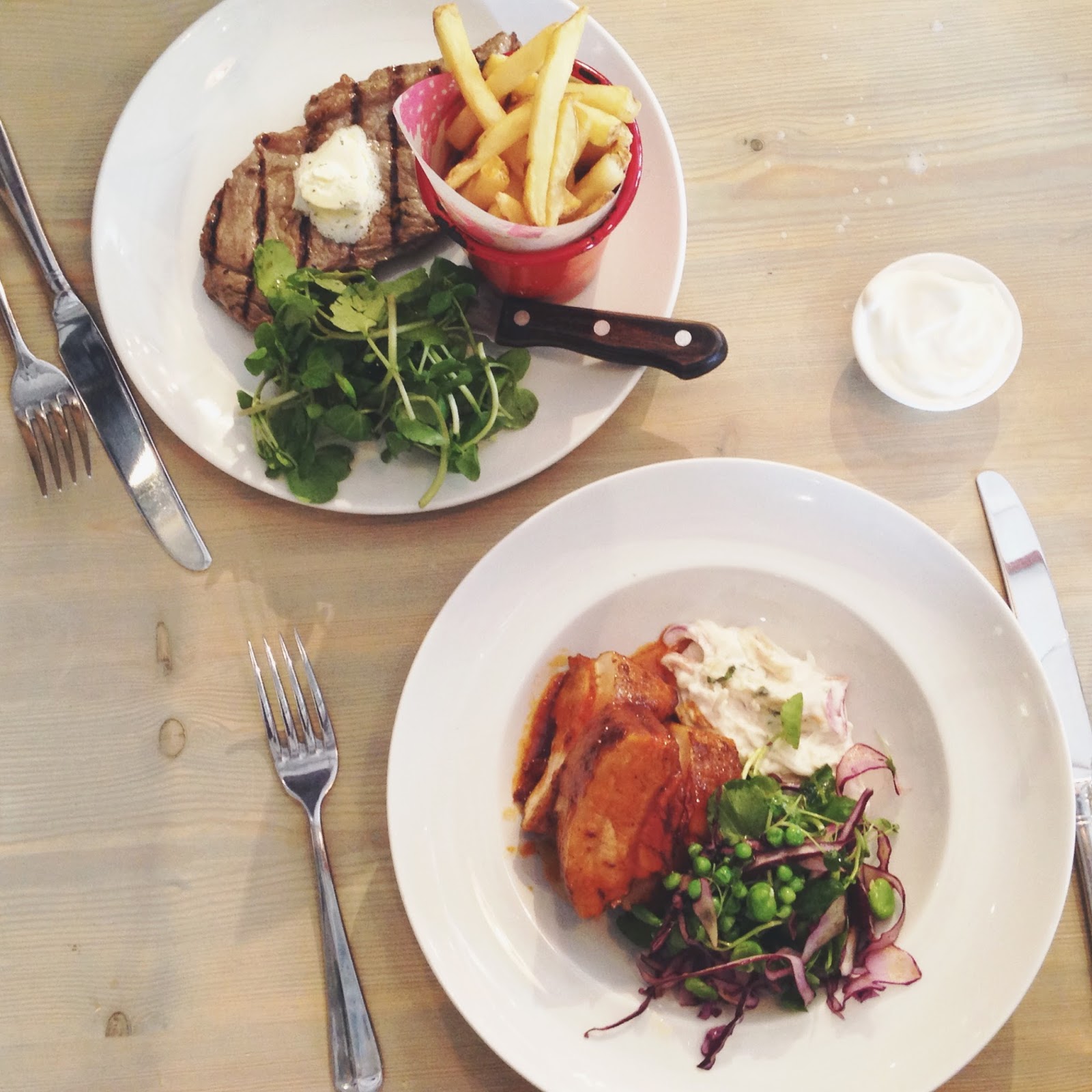 On the way to the Albert Dock, we spotted Bill’s Restaurant which is the end point of Liverpool One so instead of turning back (didn’t want to waste time!), we decided to stop and have lunch there. We shared a starter of calamari and then I had BBQ Pork Belly with slaw and salad for main. 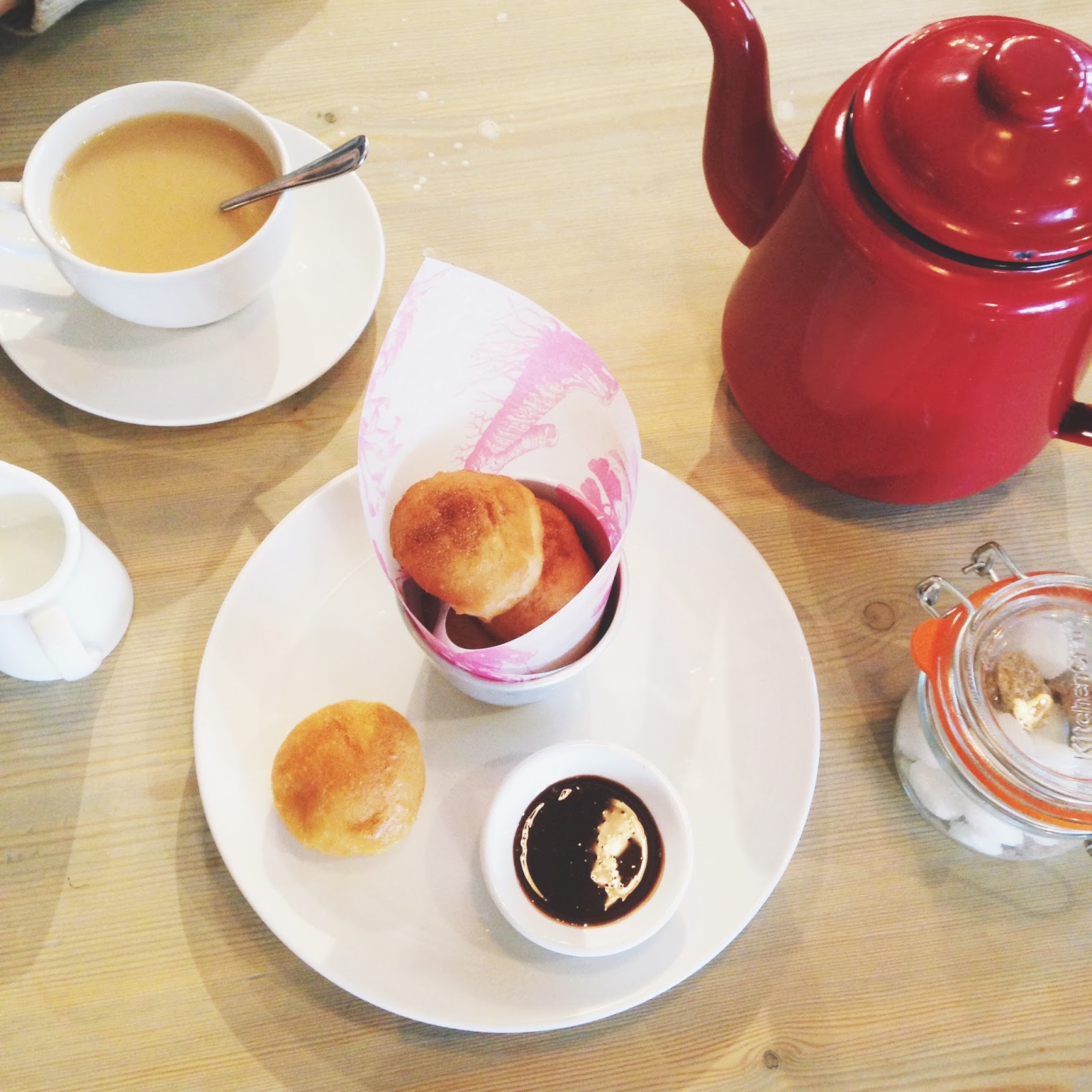 Before going back outside in the blustery wind and rain, we ended the lunch with a hot cuppa and warm doughnuts with a chocolate dip! The food in Bill’s is delicious and the service is always so good too, they’re genuinely friendly without being false or over the top. 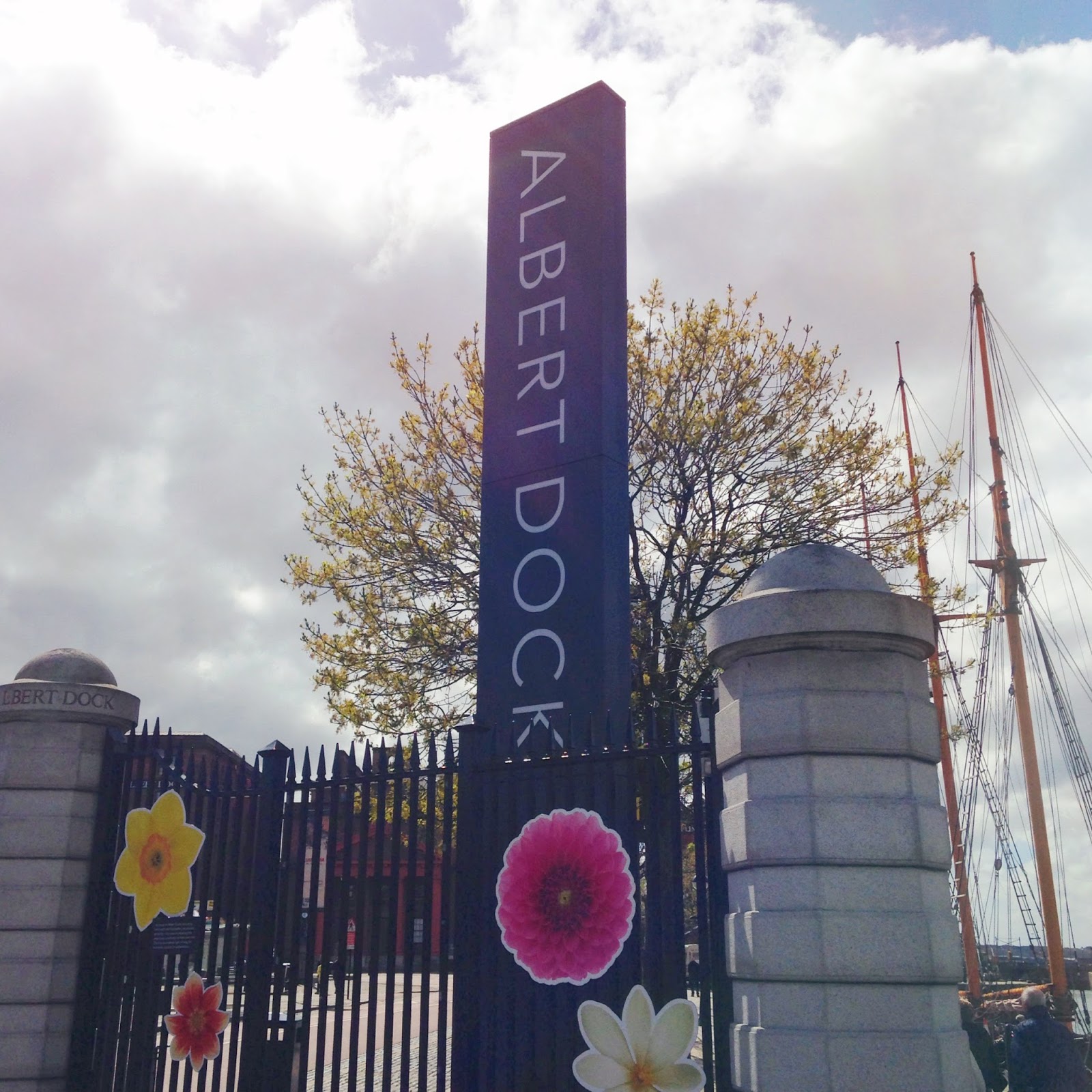 The atmosphere at the Albert Dock felt very different to the last time I visited, it was very calm and quiet.

When I went with my sister and her hens the first time round, it was sunny and there was such a nice Summer vibe. There were food vendors, a market nearby, a cute carousel, and people sitting on deckchairs enjoying every bit of sunshine.

Making a beeline for the Merseyside Maritime Museum (free to enter), which is located at The Albert Dock, I was excited to learn new things.

We walked up the stairs to the Lusatania exhibition, which lead seamlessly to the Titanic And Liverpool exhibition. I’m fascinated by what happened to the Titanic so I found this really interesting. We took another flight of stairs into the International Slavery Museum which was thought-provoking.

There was also The Beatles Story exhibit but it was closing by the time we got round there so we missed out this time. But never mind! There’s always next time! We grabbed a quick coffee and a healthy snack before walking back to the Travelodge to get ready for a night at The Cavern Club.
Nightlife: The Cavern Club

The Cavern Quarter must be the first destination on every Liverpool tourist’s party list. We did a quick lap around the quarter before going into The Cavern Club on Mathew Street. The Cavern Club is the birth place of The Beatles so there’s a lot of memorabilia and reference all around, including the tributes from the live acts performing on stage.

I think that the live music starts from 2pm and ends at 11:45pm. We enjoyed seeing local musician, Jay Murray performing, he was so funny and charismatic. His set list included a mixture of The Beatles classics, pop music and modern hits from the likes of Jason Mraz, Spice Girls(!), Oasis, and Adele.

If you ever visit The Cavern, try and make it on the evening that Jay Murray is playing. You’ll have the best time! It’s free admission from Monday to Wednesday, then door charges apply throughout the rest of the week. Prices range from £2.50 to £4.00 depending on what time you go. 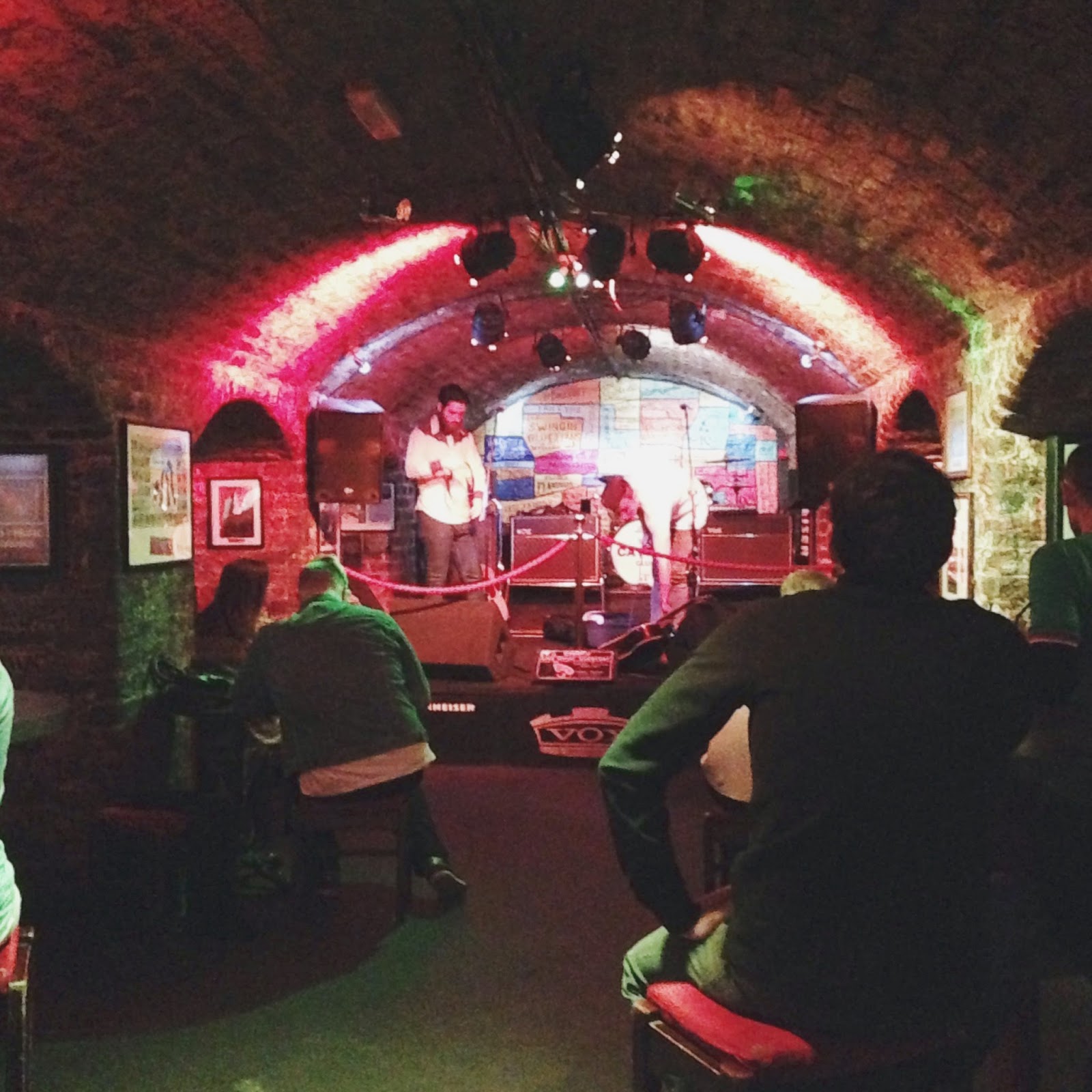 We felt a bit peckish after leaving the club at midnight so we stopped for a takeaway. I only got a small portion of chips and curry sauce… but I got food poisoning from it and I was ill immediately after finish eating it. I’ve not been that ill for a very long time, but I fell asleep and gave myself a couple of extra hours of shut eye the next morning so that I could recover!
Click the link over there —> to read about my second day in Liverpool! It’s a good one!
Check out my other travel blogposts here!
▴ Follow Me On Twitter ▴ Like My Facebook Page ▴ Follow Me On Instagram ▴

Accommodation and travel expenses were covered by Travelodge.
However, all activities (and it’s costs) were arranged by me.
All opinions and photographs are my own.