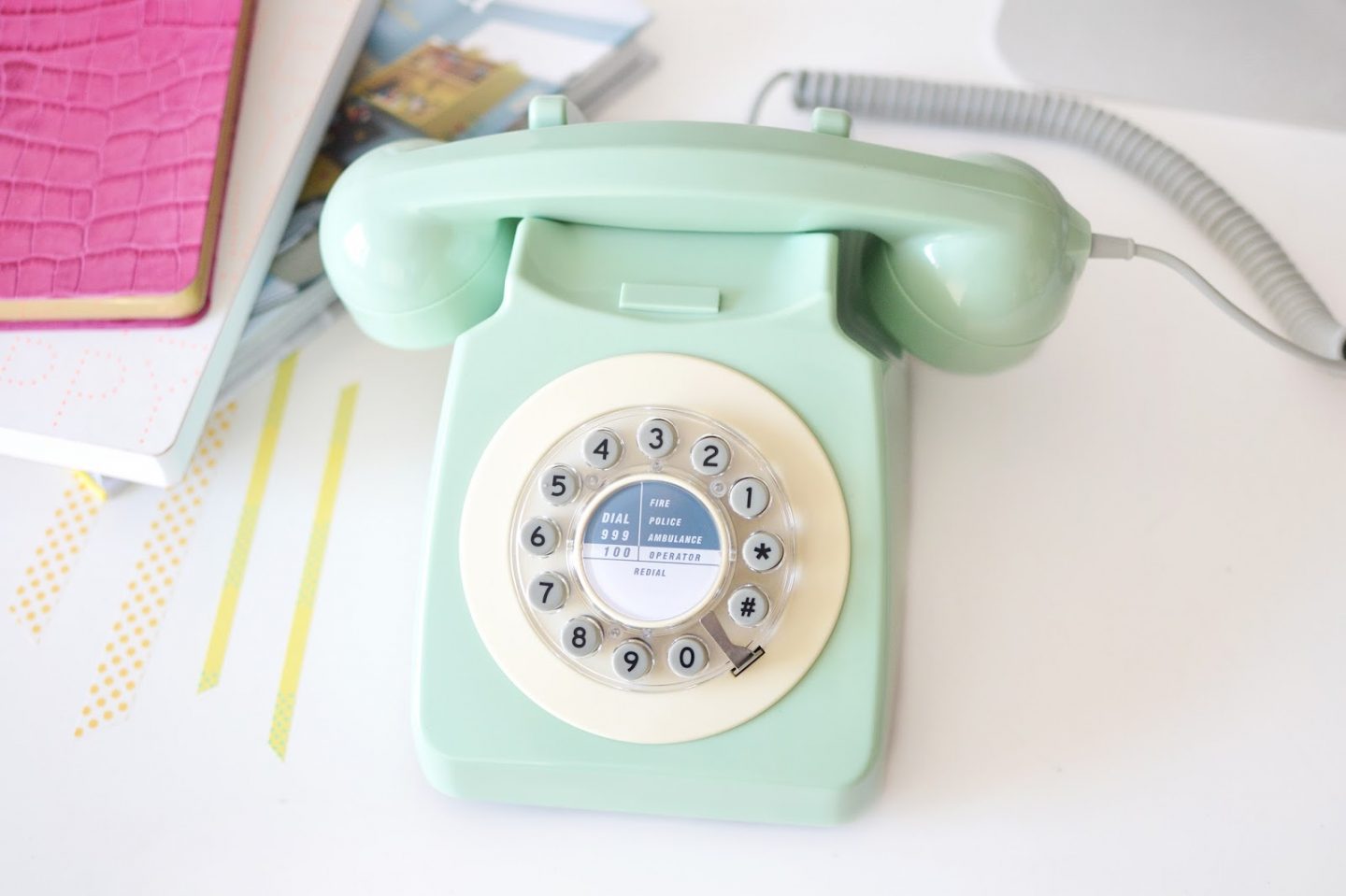 I’m excited about today’s blogpost! I’ll start off by saying that I love watching videos on YouTube of people’s house or room tours. You know, videos made by perfect strangers in which they show us around the house like MTV Cribs… It is a strange concept but I loved MTV Cribs back in the day (is it even on TV anymore?!) and as I don’t have MTV on my TV, YouTube is the next best thing. I’ve always liked seeing how people live and how they decorate their house. I don’t even know why but I love it.
I’m not active on YouTube so I didn’t want to go through the long process of editing a video that absolutely no one will watch (although I did a Christmas themed room tour last year if anyone want to check that out!) so instead, I’m doing this little blogpost to show you a few of the cool things that I’ve got in my home at the moment.
You may remember a few months back, I did a blogpost on ways to add personality to your home and that’s the kind of basis I’m using as opposed to a full-on redecoration. So with that in mind, here are 8 of the quirkiest items I’ve got in my home (I’ve got a couple more of the same but I’ve narrowed it down to just 8, and they’re not even that “quirky”! They’re just bits that stand out because they don’t match with anything else!) 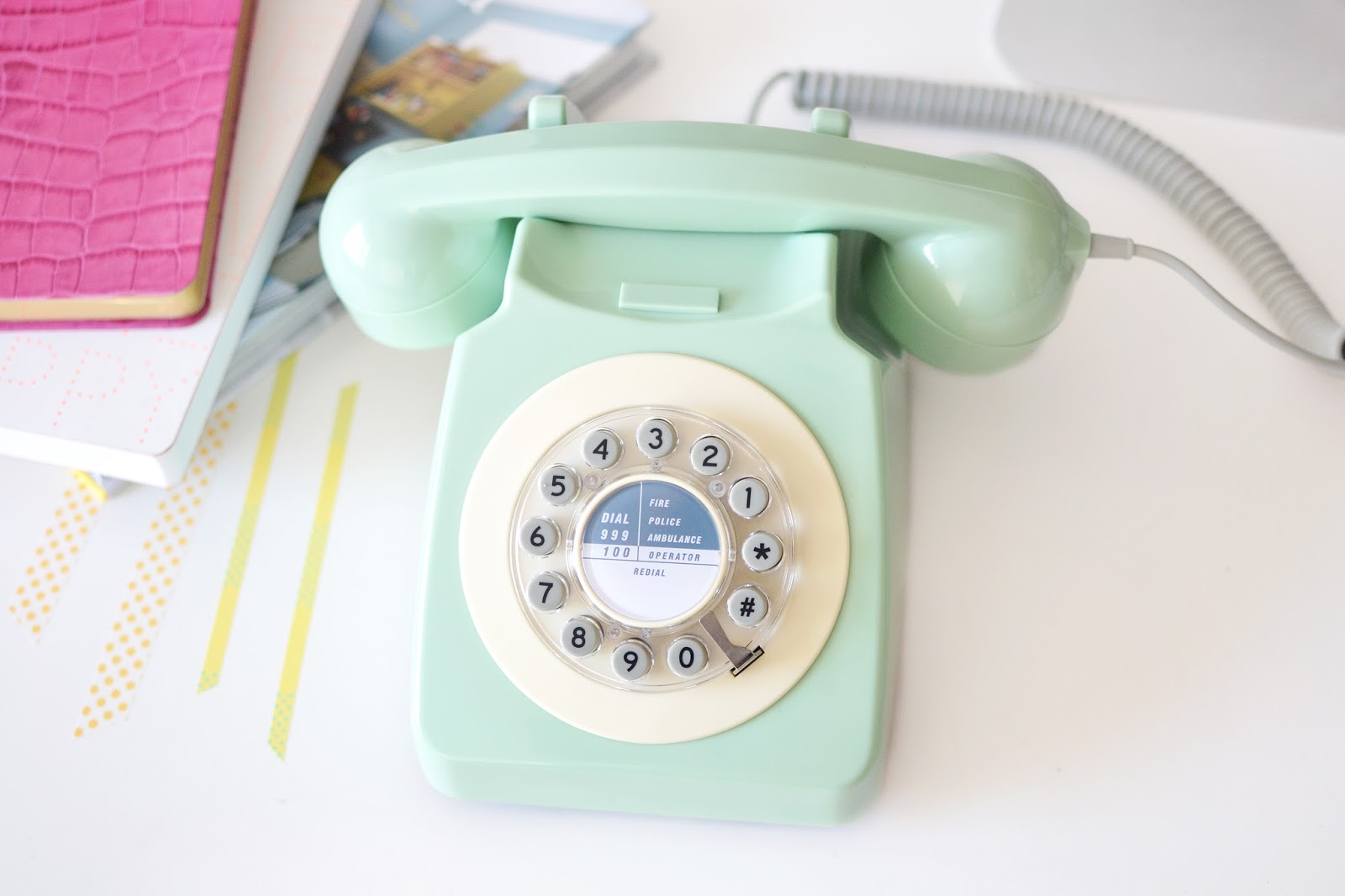 Retro Phone from Flamingo Gifts*
I’ve always wanted one of these! My grandma had an “original” one when I was younger but a proper one with the rotating dial. For a modern twist, the “dial” on this phone are just push buttons, it doesn’t rotate but I still love it. One of my favourite things about it – apart from the way it looks – is the bell ringer. It looks and sounds like the real thing! I first saw this phone in a shop I visited back in February but it didn’t have a price tag on it and I didn’t ask because I thought it was going to be way out of my budget. Anyway, it turns out that the retro phone which, for a phone, is not bad at all. I love it in the pastel green but it also comes in lots of other colours too! There’s one to add to your Christmas list this year! 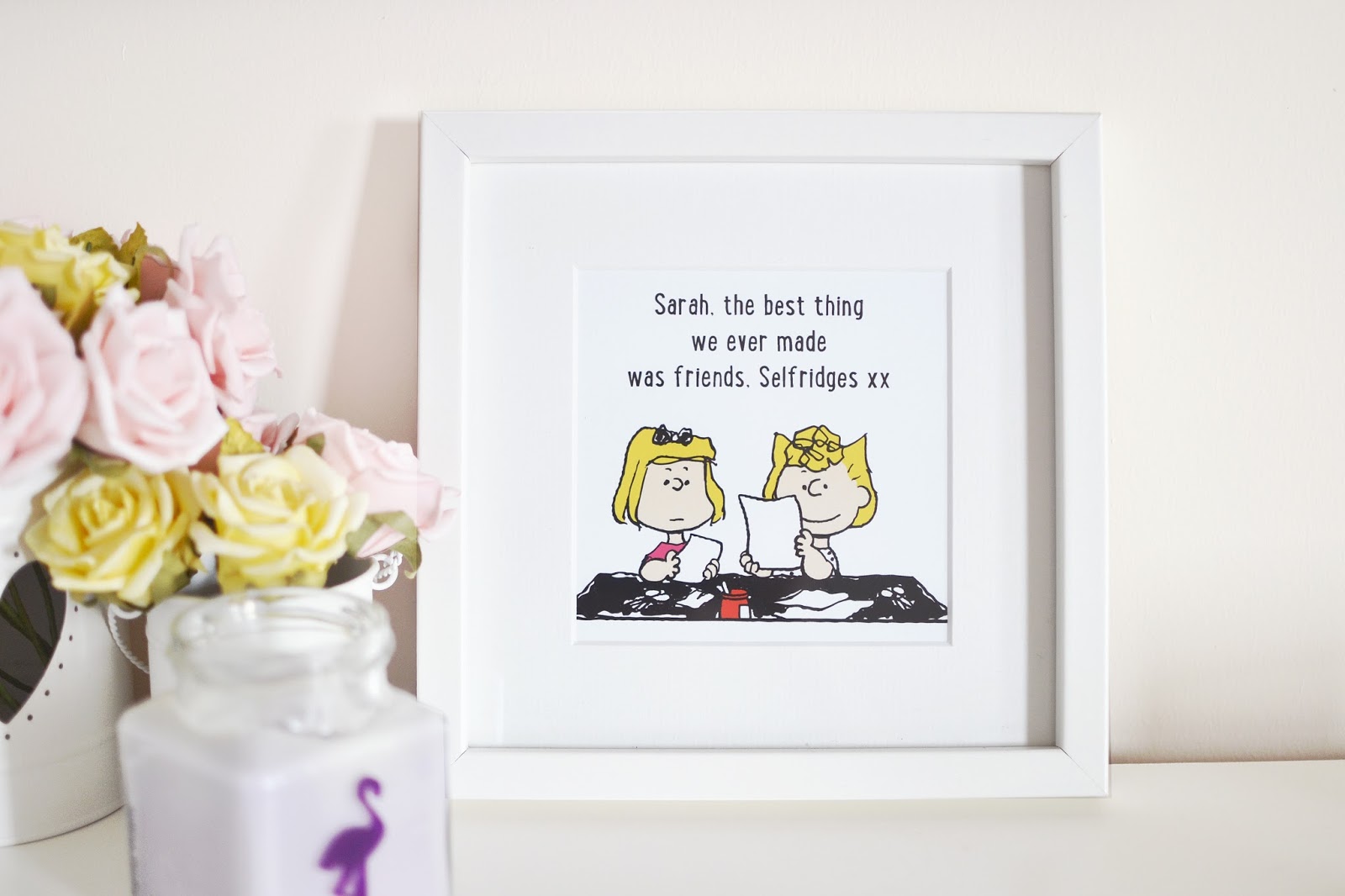 Present from Selfridges
This personalised print arrived on my birthday and I had no idea it was coming. It was such a lovely surprise! It isn’t hung up as I’m not allowed to put any screws in to the wall but it is displayed nicely on it’s own on top of my shelf. 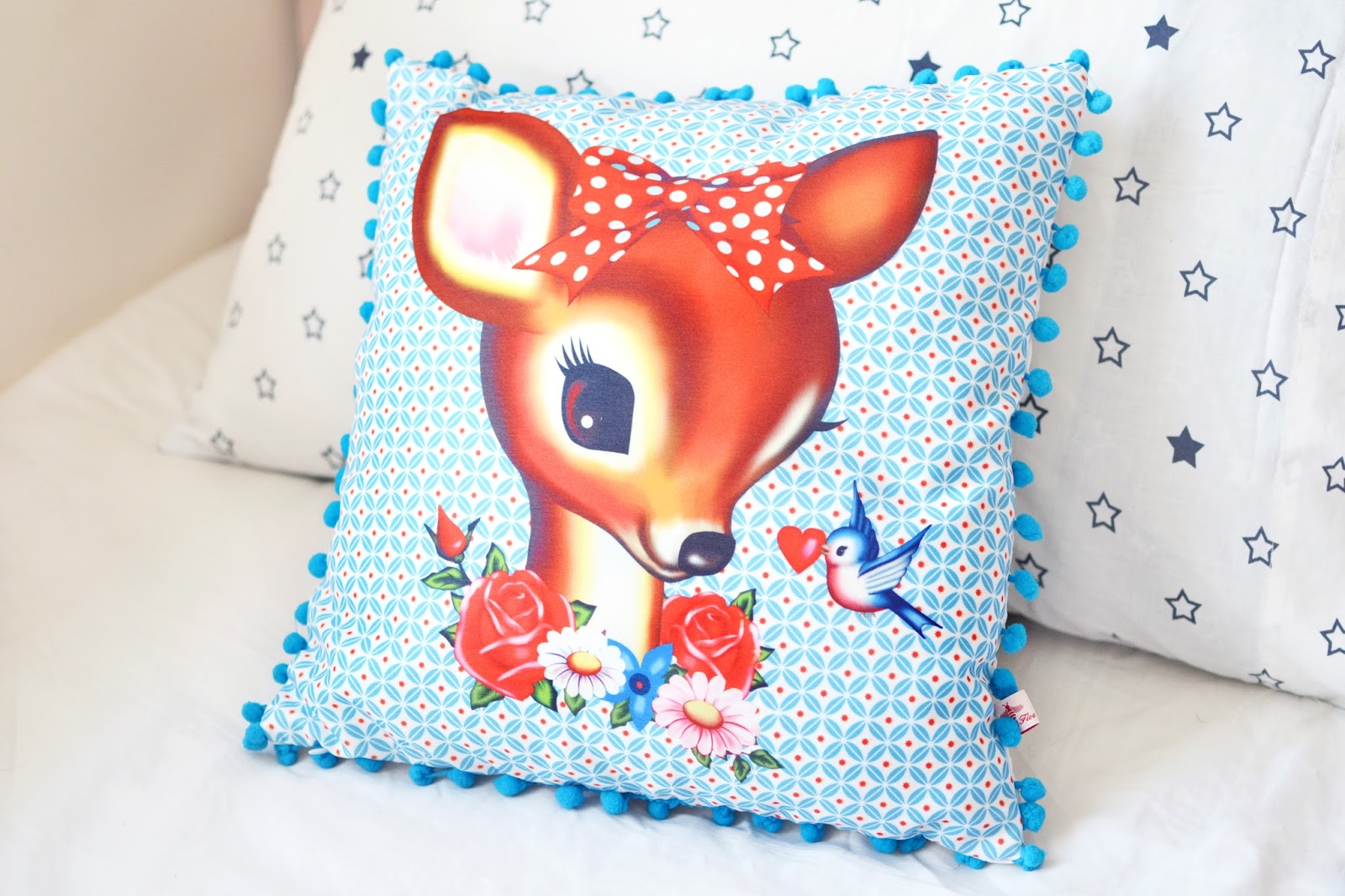 Fawn Cushion from Flamingo Gifts*
I have so many cushions in my room and none of them match! They’re just a random mix of cushions that I pick up along the way! I buy them all the time and this one was gifted to me by Flamingo Gift. It is really cute!! I really like the pom-pom trim, that’s a cute little detail. The colour and the fawn itself really stands out too, probably a bit too much as I learnt the other night when I walked in to my room and I got a bit of a fright when I caught a big face with huge eyes at the corner of my eye. I forgot I had a new cushion on my bed. 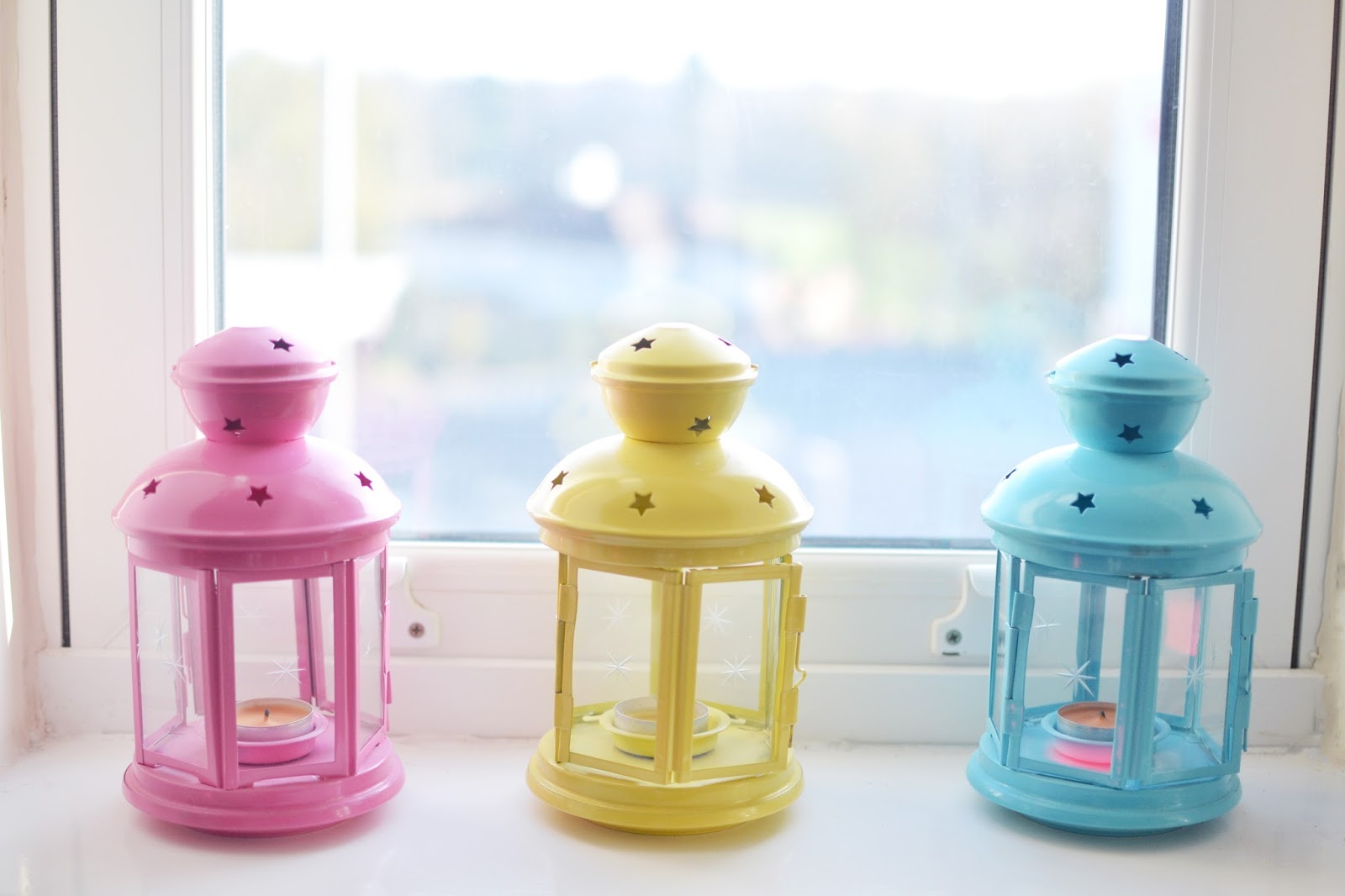 Lanterns from IKEA
I was lucky enough to find a nice apartment that came furnished but it’s not exactly decorated to my taste. Our building was owned by Anthea Turner’s husband’s property business, so everything in my flat is from the Anthea Turner home range. It’s nice, but it’s all brown. Apart from the magnolia walls, everything in my living is all shades of brown. So I have to buy colourful things to give it a bit of a lift and one of the first items I bought was these tea light lanterns from IKEA! I’m sure you can still buy them but I’m not 100% sure as I bought these 2 years ago. If you’re in to pastel tones, these tea light lanterns from NOTHS are a pretty alternative. Or how about these cute Owl lanterns! 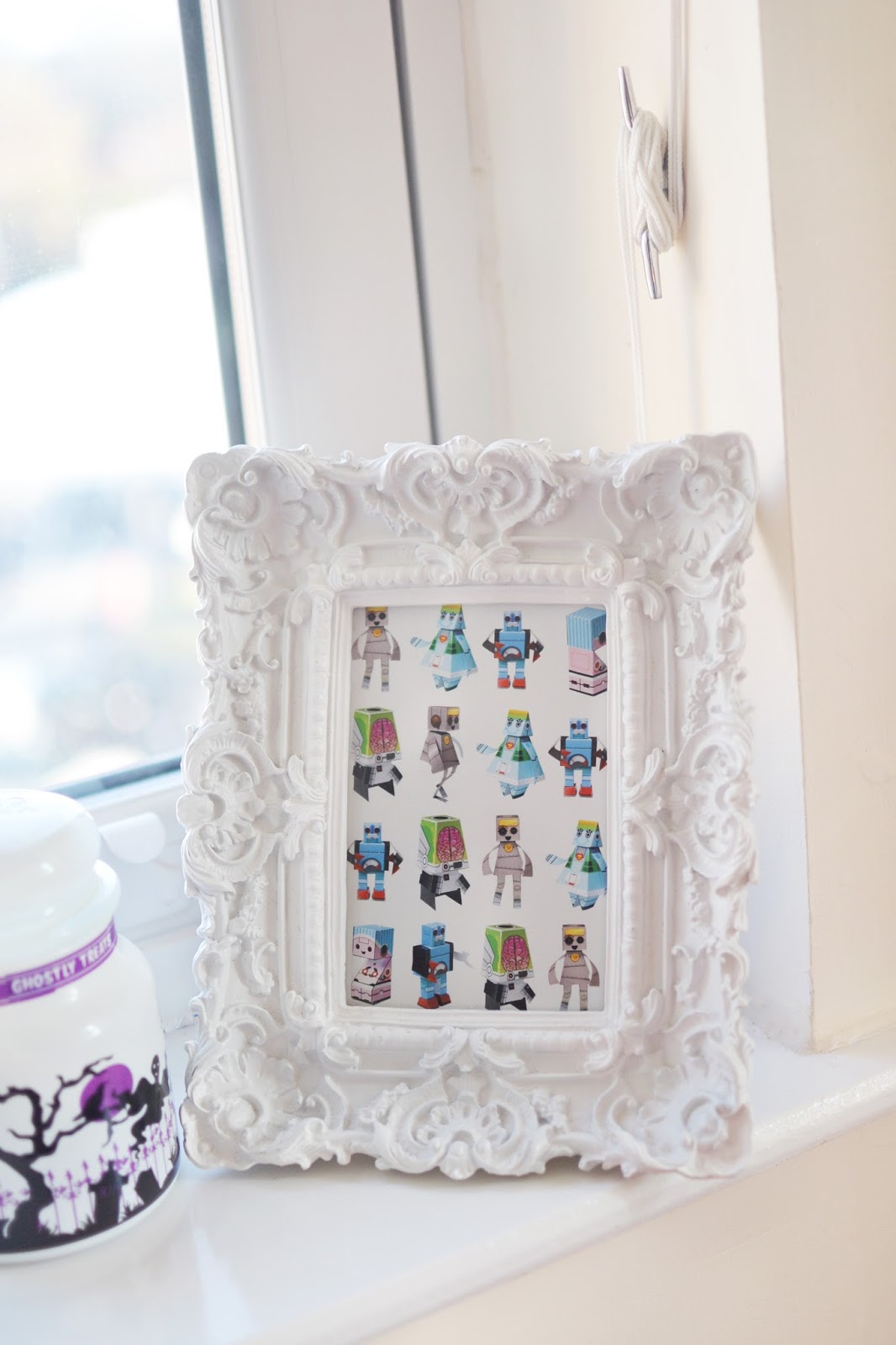 Photo Frame and Robot Cards from Home Sense
I’m a little embarrassed about this one! Whilst most people my age are filling their homes with photos of their wedding day or their babies, I bought this beautiful white frame and placed a robot card inside of it. I loved the frame, it was in the sale so I bought it but I didn’t have a photo to put in it (I’ve not printed photos out in years and my little inkjet printer can’t quite cope with printing photos!) so I took a note card which had cute robots on and slotted that in to it! I like the contrast between ornate frame and ~quirky~ picture. 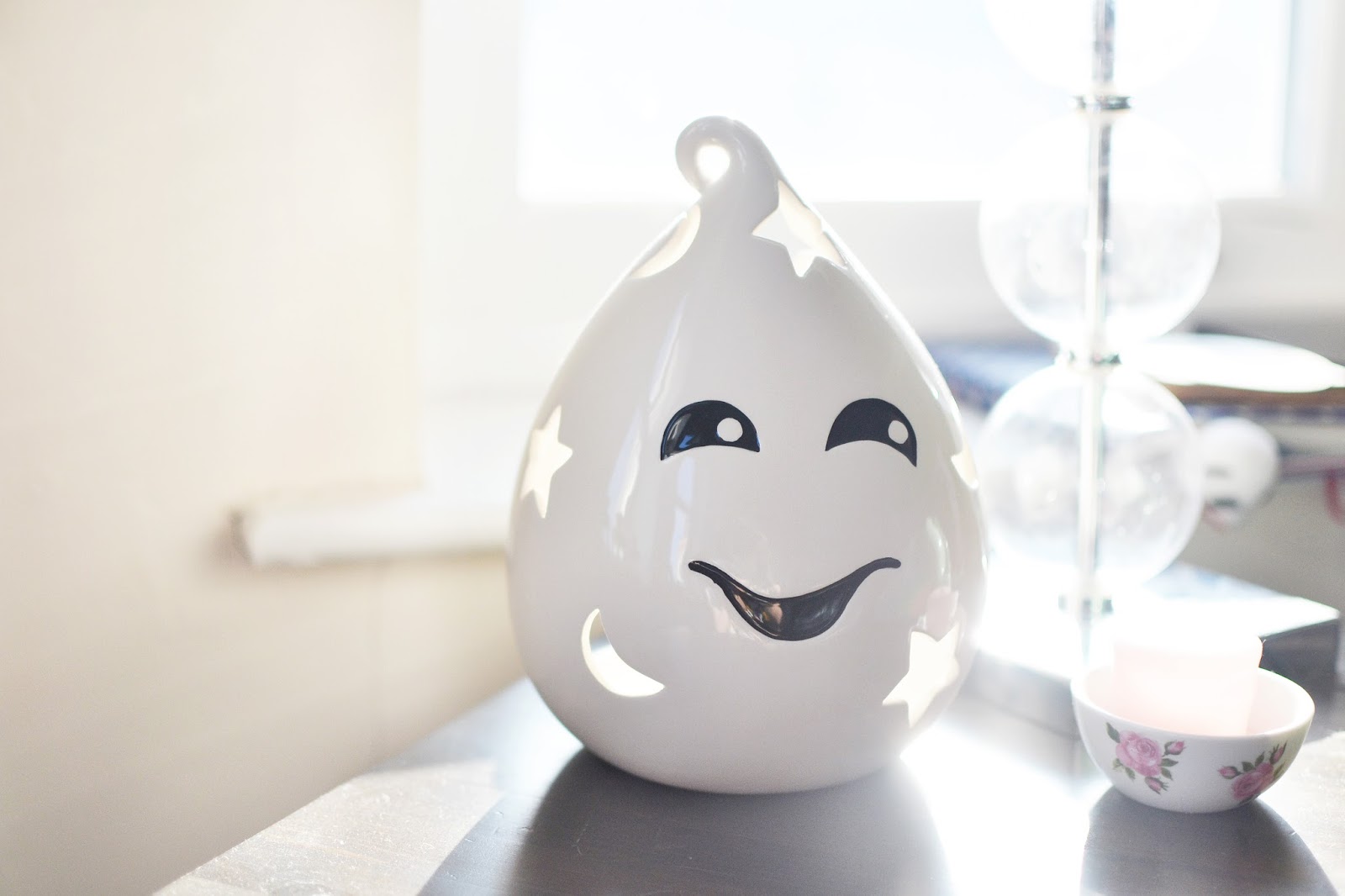 Ghost Tealight from Yankee Candle*
You might recognise this little face from the posts and social media photos I uploaded over Halloween. Even though it’s a ghost, I think this works as something I can use all year round! A ghost is for life, not just for Halloween! 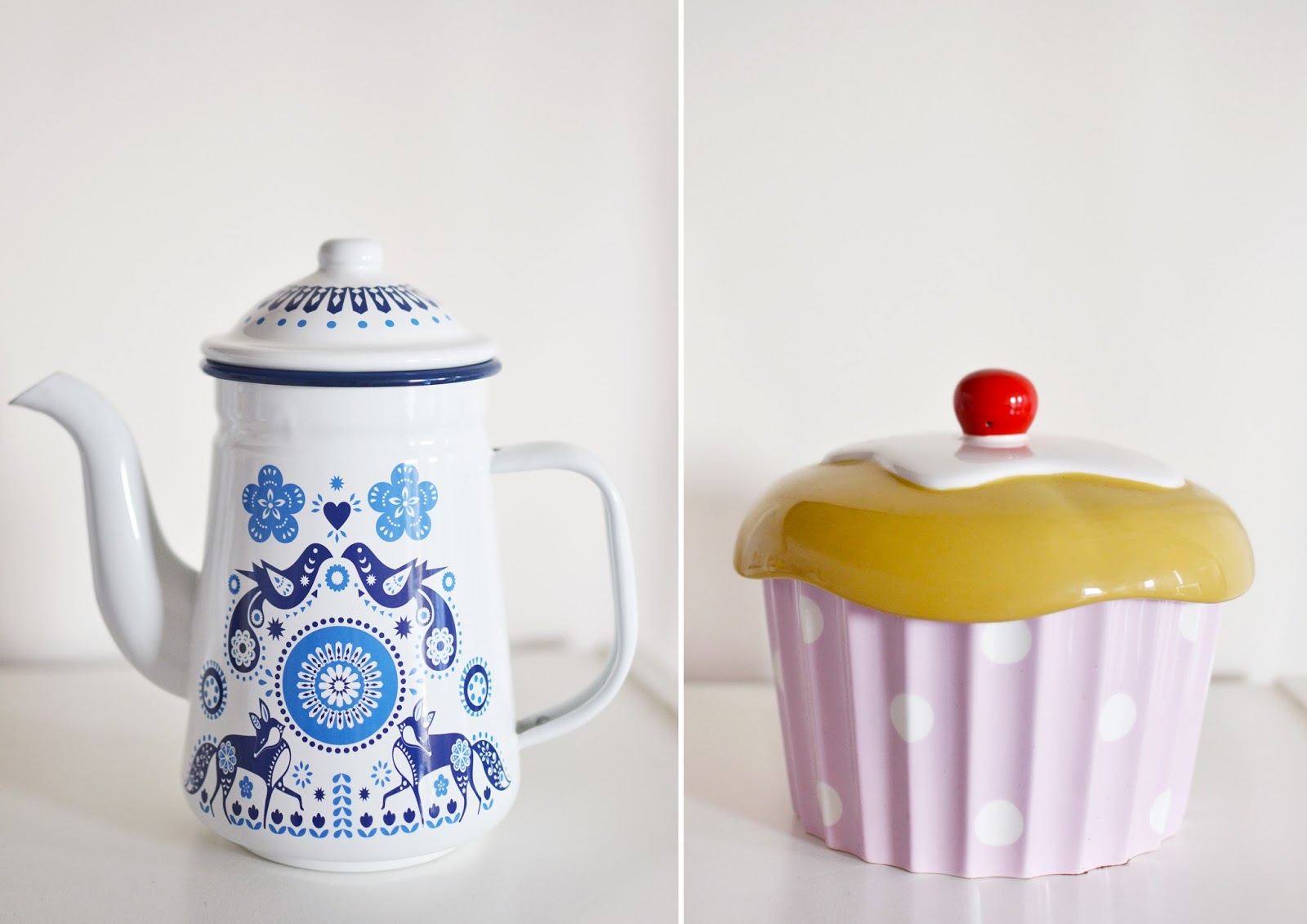 Folklore Tea Pot from Flamingo Gifts*
Cupcake Jar (Christmas present from my sister)
These two belong in the kitchen but I have no windows in my kitchen and I hate taking photos in artificial light (blogger problems) so that’s why I’ve photographed them on my shelf. The enamel folklore teapot is really beautiful, it’s such an usual looking teapot and I have had a lot of compliments on it! The cupcake jar was a gift from my sister, and I’ve got this one which I store tea bags in, and then I’ve got a little one which is still at my mum’s house but I used to put sweets in there which I nibbled on whilst I did my work in the office room!
What’s are your favourite items in your home at the moment?
Here are my other home related content:
Room Tour Video
Transforming my Bathroom
Home Improvement Hero Collaboration
Home Decoration Inspiration
▴ Follow Me On Twitter ▴ Like My Facebook Page ▴ Follow Me On Instagram ▴

Organising My Beauty Products
Heat Your Home With Hive & Save Money
Christmas Candles | Soy Wax Candles
Take A Seat On My (Virtual) Sofa & Let’s Have A Catch-Up
Share this post:

23 thoughts on “8 Quirky Homeware Items In My House”