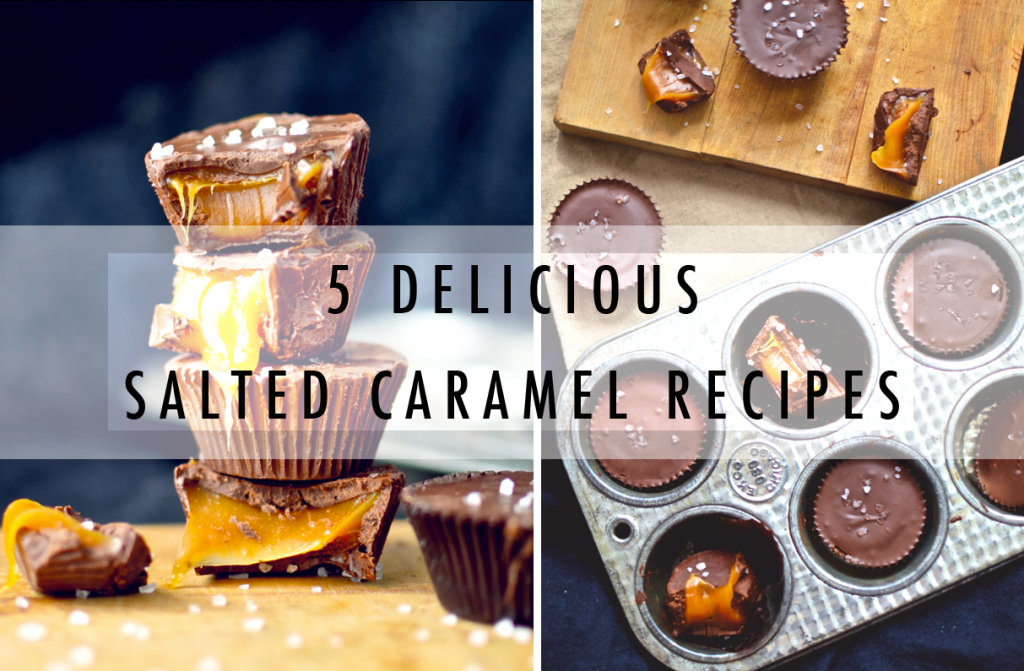 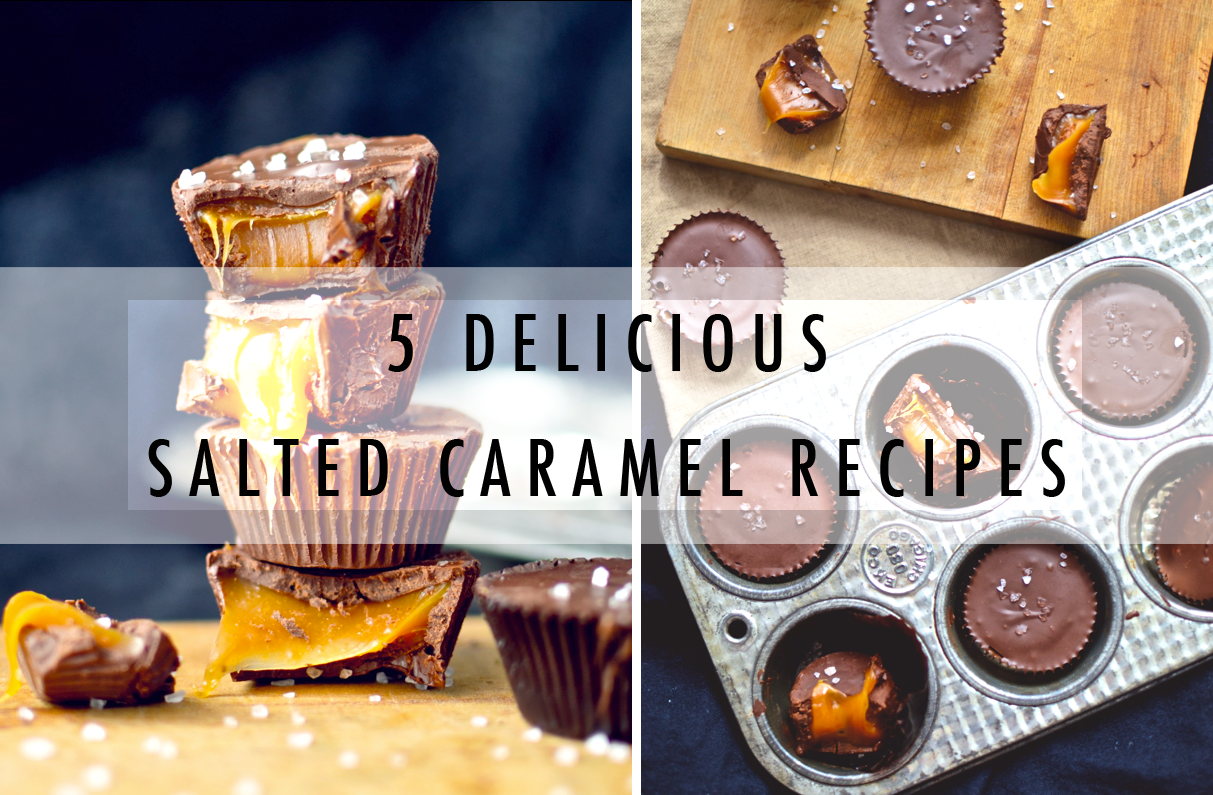 If there’s one thing that will (eventually) get me baking, it’s these salted caramel treats! Even though the flavour combination is all the rage these days, it’s actually quite difficult to find salted caramel desserts in the standard supermarkets (and pretty much non-existent in the smaller branches, especially up north! *cue Peter Kay “cheese cake” moment*) so maybe I should learn to bake some!
Anyway, for now, what better way to curb a craving than to salivate over a bit of foodporn on Pinterest! I’ve picked out the ones I liked the most, and the ones I could see myself having a go at! 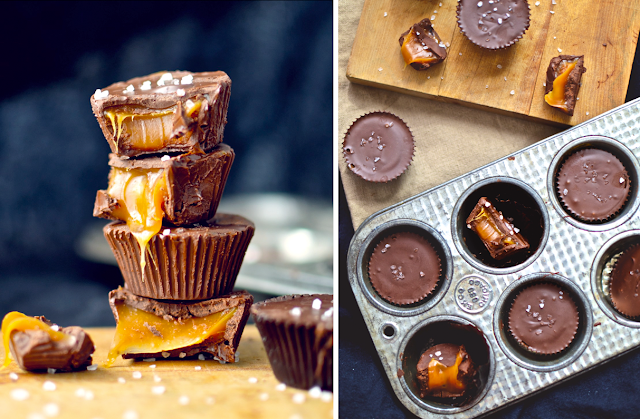 Salted Caramel Cups from Yammie’s Noshery
Yammie’s Noshery is a food blog I recently discovered through Pinterest and I’ve been pretty fixated ever since I found it. All the recipes are accompanied by the most gorgeous food photography which makes Yammie’s Noshery one of my favourite online destinations! These salted caramel cups, as Yammie describes in her own words, are buttery caramel in a shell of dark chocolate. I just need to track down corn syrup and learn how to melt chocolate without it curdling in to a crumbly clump! (Update on the corn syrup… I asked around and you can buy corn syrup in the UK from Ocado and Tesco stores)

Chocolate and Salted Butter Caramel Macarons from Call Me Cupcake
I can’t remember where I’ve tried salted caramel macarons, it might have been Betty’s Tea Room, but YUM! They were so good! I’ve stumbled upon a YouTube videos where they made macarons look so simple and quick to make but then I’ve also seen some incredible macarons fails… so being so technically inexperienced, I’m not going to risk it making these yet. The recipe on Call Me Cupcake is in Swedish but there should be a translate button somewhere on the browser. 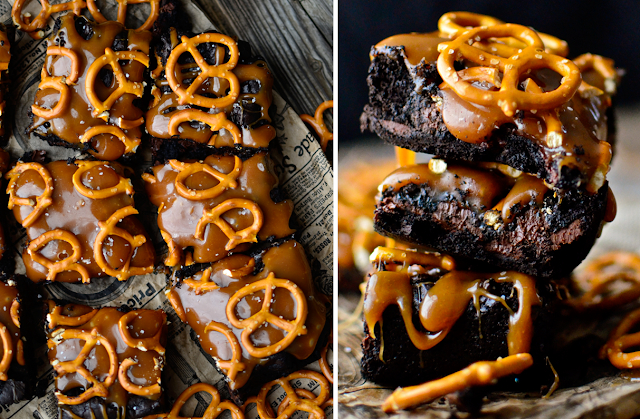 Dark Chocolate Salted Caramel Preztel Brownies from Yammie’s Noshery
Have we died and gone to FOOD HEAVEN? Quite possibly! These brownies looks incredibly delicious and I bet they’re sweet as anything but the sweetness combined with the salty pretzels sound like flavours to die for! Hop over to Yammie’s Noshery’s brownies recipe to see more photos of chocolatey, caramel gooeyness! 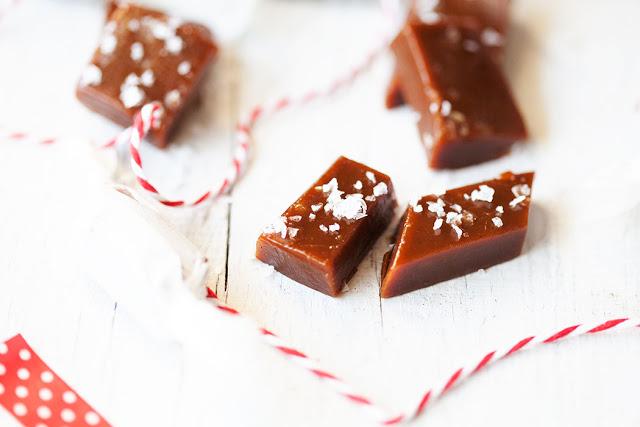 Vanilla Salted Caramels from Lazy Sunday Cooking
I’m intrigued as to whether these caramels are as soft as they look. I’m not a huge fan of solid toffees as I don’t like them sticky to my teeth but these caramels look like they would melt in your mouth. There are only 6 ingredients in this recipe for Vanilla Salted Caramels but with anything that involves cooking sugar, you’ll need a food thermometer to ensure you cook it at the right temperature level. 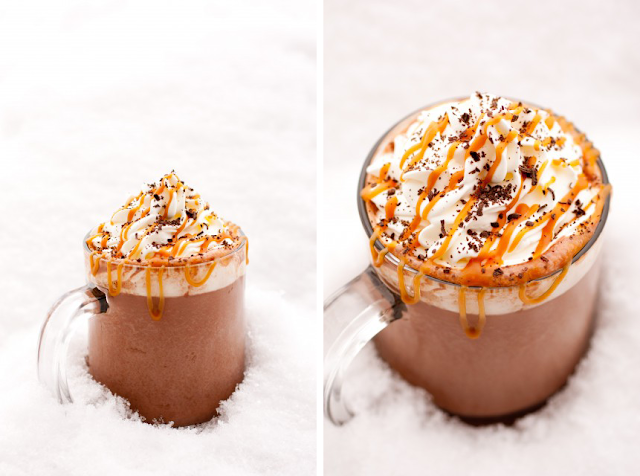 Caramel Hot Chocolate (with added sprinkles of Maldon Sea Salt) by Cooking Classy
Were you a fan of Starbucks Salted Caramel Hot Chocolate last year? Well, you’re in for a disappointment because it’s not coming back to the red cups menu this year. Instead, it has been replaced by Honey and Almond Hot Chocolate which sounds really good! As much as I love the Salted Caramel Flavour, I wasn’t 100% keen on the Starbucks hot chocolate but I like the idea of making it yourself and adjusting the flavours to suit you.
Have you spotted any Salted Caramel recipes lately? If they’re nice and easy, tweet them my way!
If you’re on Pinterest, follow me here!
Social Media Links
Follow Me on Twitter — Like My Facebook Page — Follow My Blog via BlogLovin‘ — Send Me An Email

Images belong to the sites I have linked