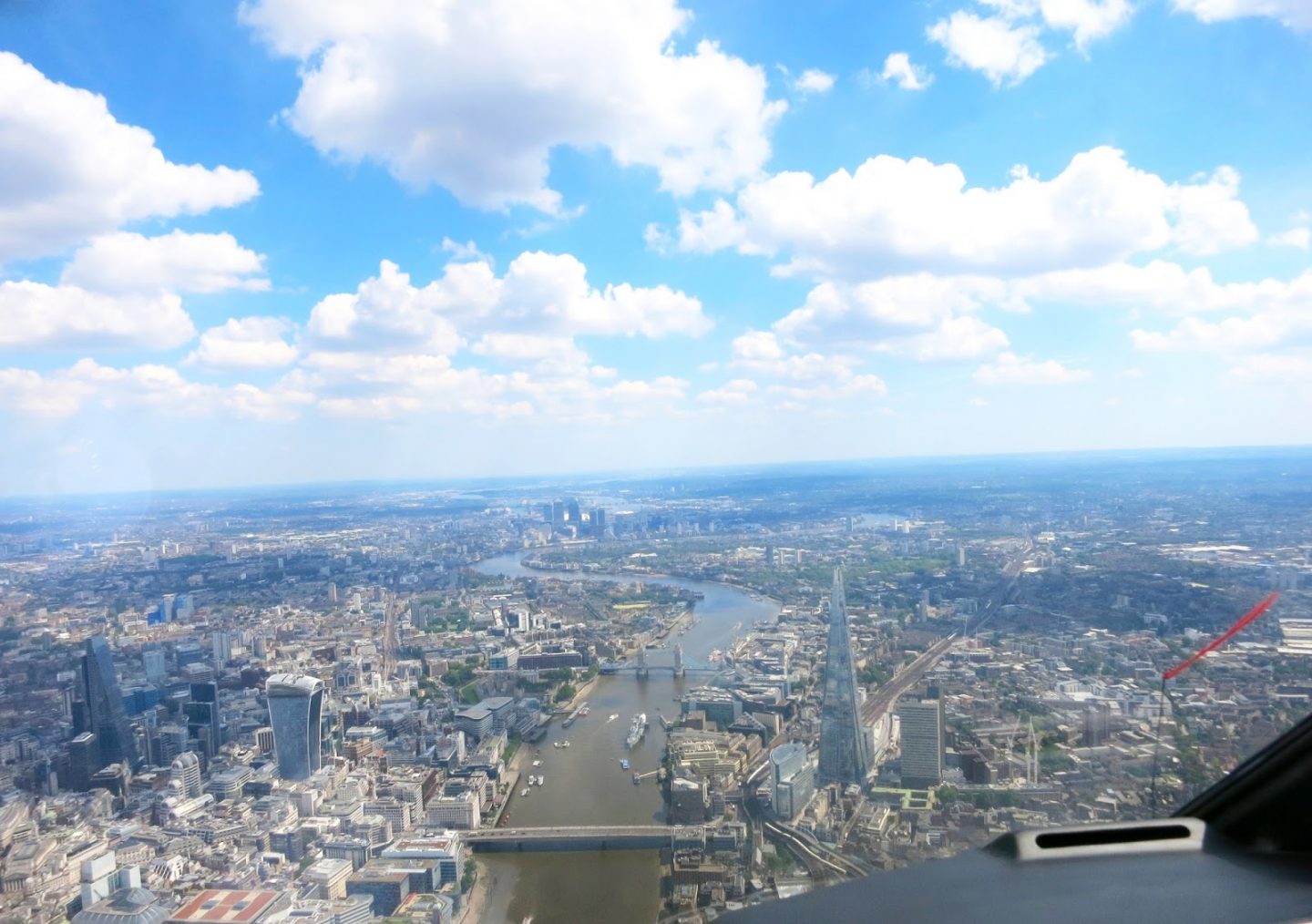 Some of you may remember the Paper Doll Party social media campaign in January where a few bloggers were sent a gorgeous christmas present containing Biscuiteers Biscuits, a paper dolls along with miniature paper versions of F&F stylish winter range. We knew nothing about it other than we were going to get sent a surprise Christmas present delivered and that we had to wait to find out more. It was the most genius way to be introduced to a new collection!
Working with the F&F social media/digital marketing team is amazing because they really understand how it all works and they sure know how to get people talking about them. Their past couple of TV ads have been very stylish, it has definitely got people talking! You almost forget that they are an affordable supermarket brand, but I really like the direction they have taken.
Anyway – with the campaign, they came up with a blogger styling challenge with a difference, with an AMAZING incentive to win a luxury trip to our Capital city! Usually, with these competitions, I switch off and opt out but this really was something I couldn’t push aside. I would’ve kicked myself if I didn’t get involved, I’m sure you would agree! So much effort was put in to the paper dolls, it was only right that I gave the same amount of effort back in to my blogpost. In the parcel, I received a doll that was illustrated to look to like me, I dressed it up in my favourite pieces from the F&F range and made it my first blogpost of 2014.  I had set up a mini “studio” and started snapping away with my camera.
Well, as you can see, I was the one who won the prize (yay!) and we have been planning it since January! It was a positive start to the year and I couldn’t wait to go to London! Apart from one time in 2004, every single time I’ve been to London, it has always been work related. It was nice to be able to experience London as a Staycation, doing things that people do when they come here in a holiday.
I picked a date in May, on Niki’s birthday, and also because I thought it was 100% guaranteed to be gloriously sunny what with it being close to Summer! What with the typical British Summer, I should have known better! Luckily, in the three days we were there, the weather was so nice and it was beaming with sunshine. We had just missed all the rain (which seems to be ongoing… when will we get a proper summer!!)
With the help of a London agency called Element, we were able to go ahead with planning the trip. They were amazing in helping me ensure that everything goes smoothly! We got to do really fun things like go on a helicopter ride, spa treatment, manicure, theatre show, and more!
So, here’s what we got up to on our short trip to London!
Day One 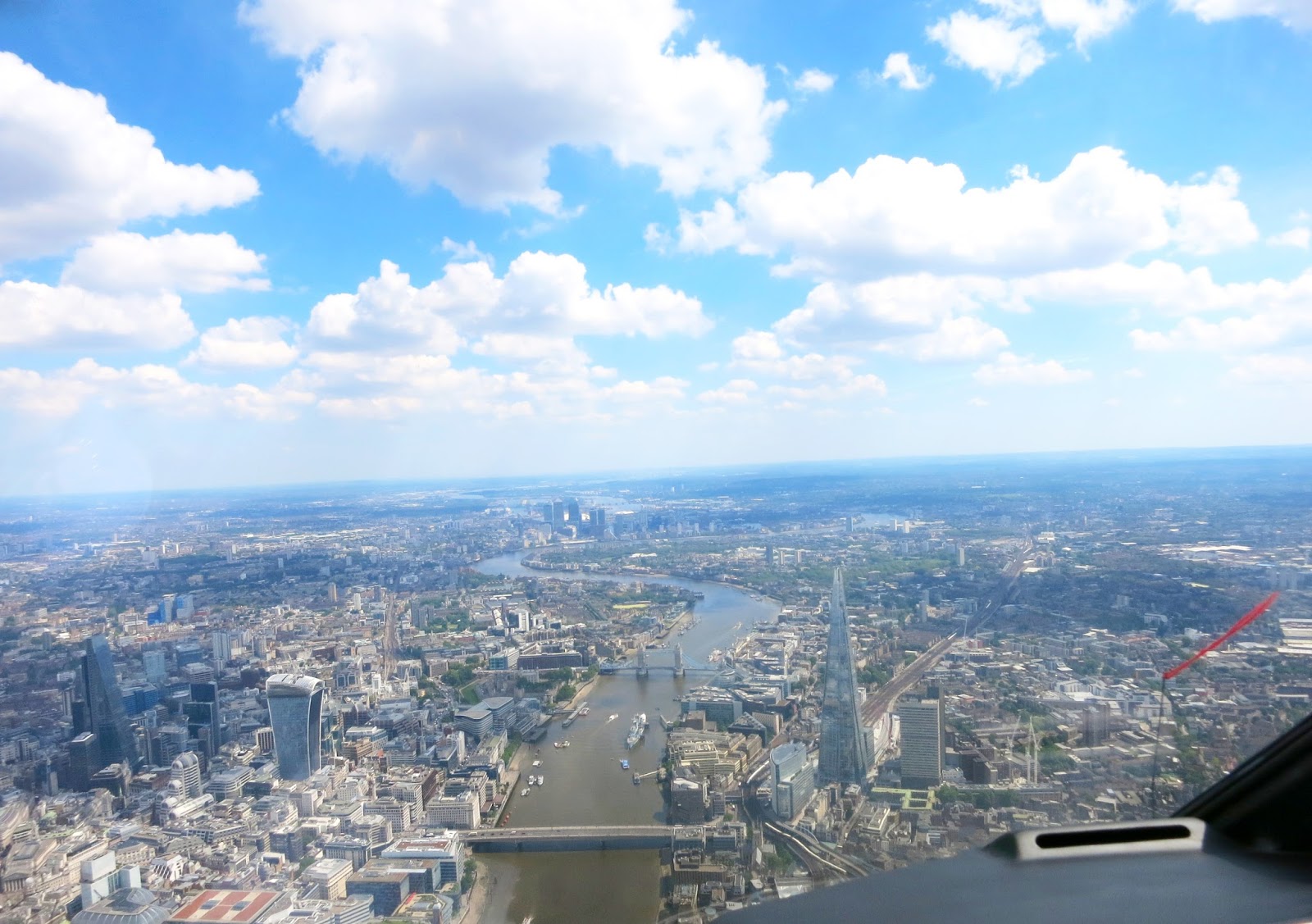 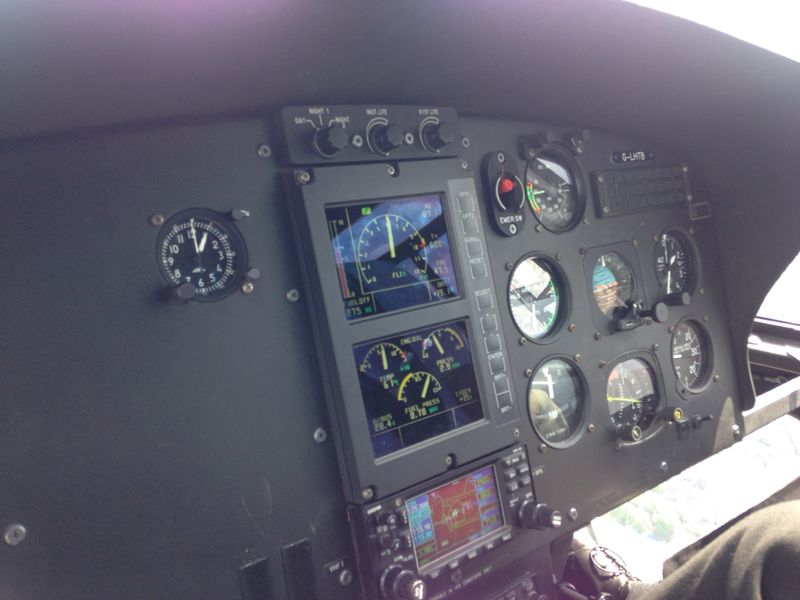 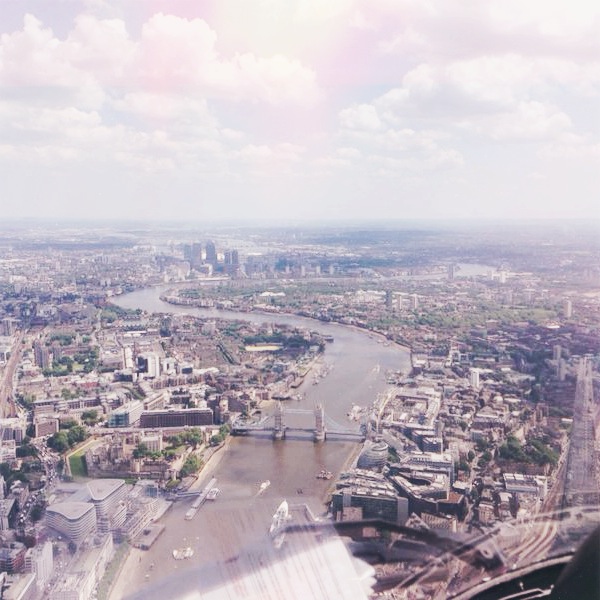 I am a nervous flyer. It’s not a fear, and it isn’t a big deal. Generally, I am fine but I just panic (a lot) when there’s turbulence, and I don’t like take off’s and landings – which I suppose are pretty normal things to worry about. When I knew I was going to be on a helicopter, for the first twenty minutes, my reaction was “I don’t want to do it, I’m scared and I am worried” but then I sat down and thought… It isn’t something that I see myself doing again, so in a way, this is a once in a lifetime opportunity and I would be absolutely stupid if I didn’t go for it! Niki was most excited about this activity, but two weeks before the trip, I was going through a up and down “I’m not going to do it” versus “it will be fun, I’m going to love it” mode.
It was the first thing on our itinerary and my nervousness worsened slightly when the train got delayed half way through our journey! They couldn’t get the automatic doors to close and we thought we weren’t going to make it to the heliport on time (we laughed at how #firstworldproblem this sounded!). The flight lasted twenty minutes and we got to see London in the best way possible. I wasn’t scared once I got on, and the helicopter was steadier than I thought! 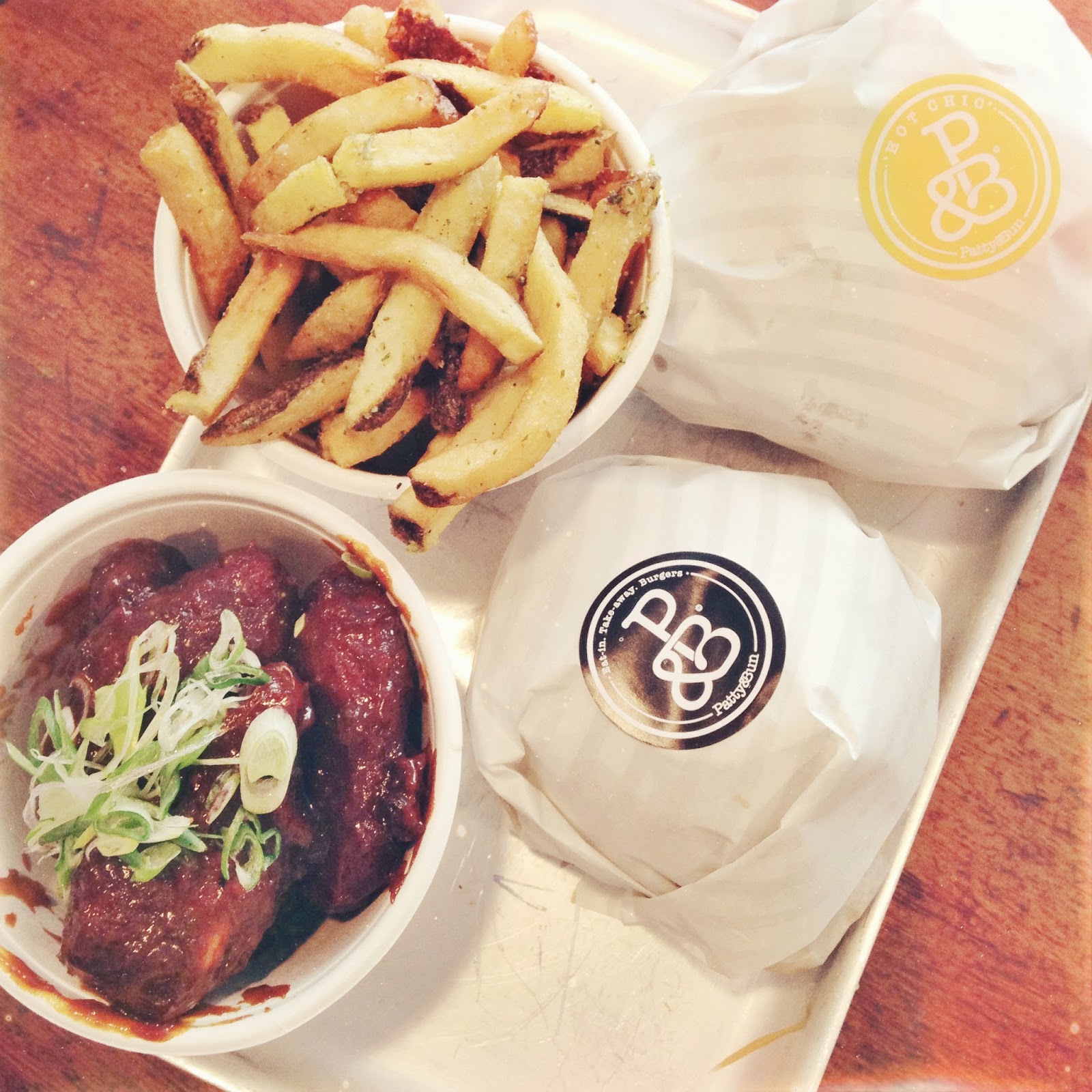 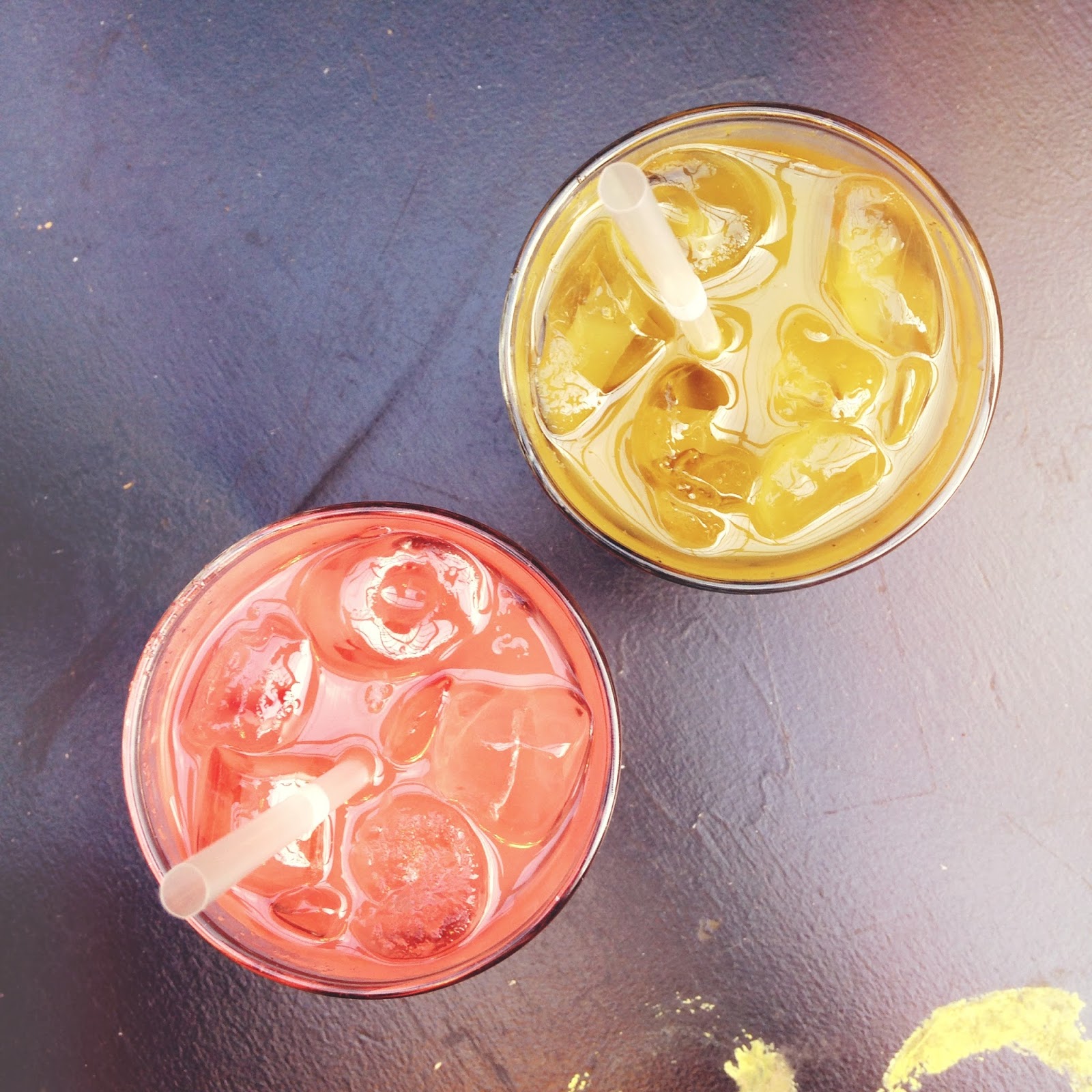 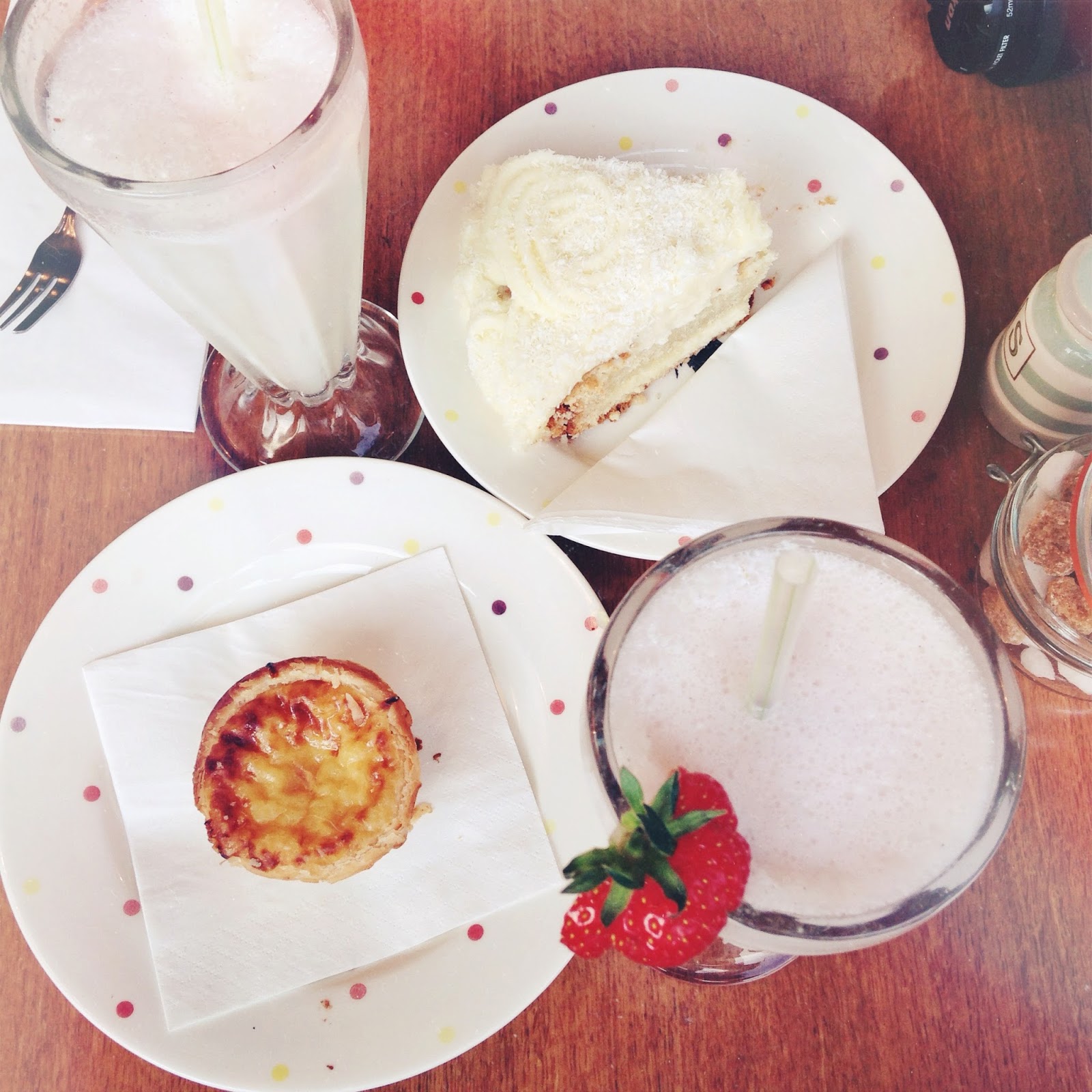 After checking in to the hotel we were staying in (The Rembrandt in South Kensington), we hopped on the tube and went to Liverpool Street for a bite to eat at Patty & Bun (more on this later in the week) and some drinks in Shoreditch. It seems like all we did on this trip was eat, and after looking back on the photos we took, this is actually true – all we did was eat!
After that, we popped in to Muriel’s Kitchen for a cake or two! It was near the hotel so we had walked past it earlier on in the day and we knew we had to get a frosted coconut cake, a portuguese nata and ice cream milkshakes!
Day Two 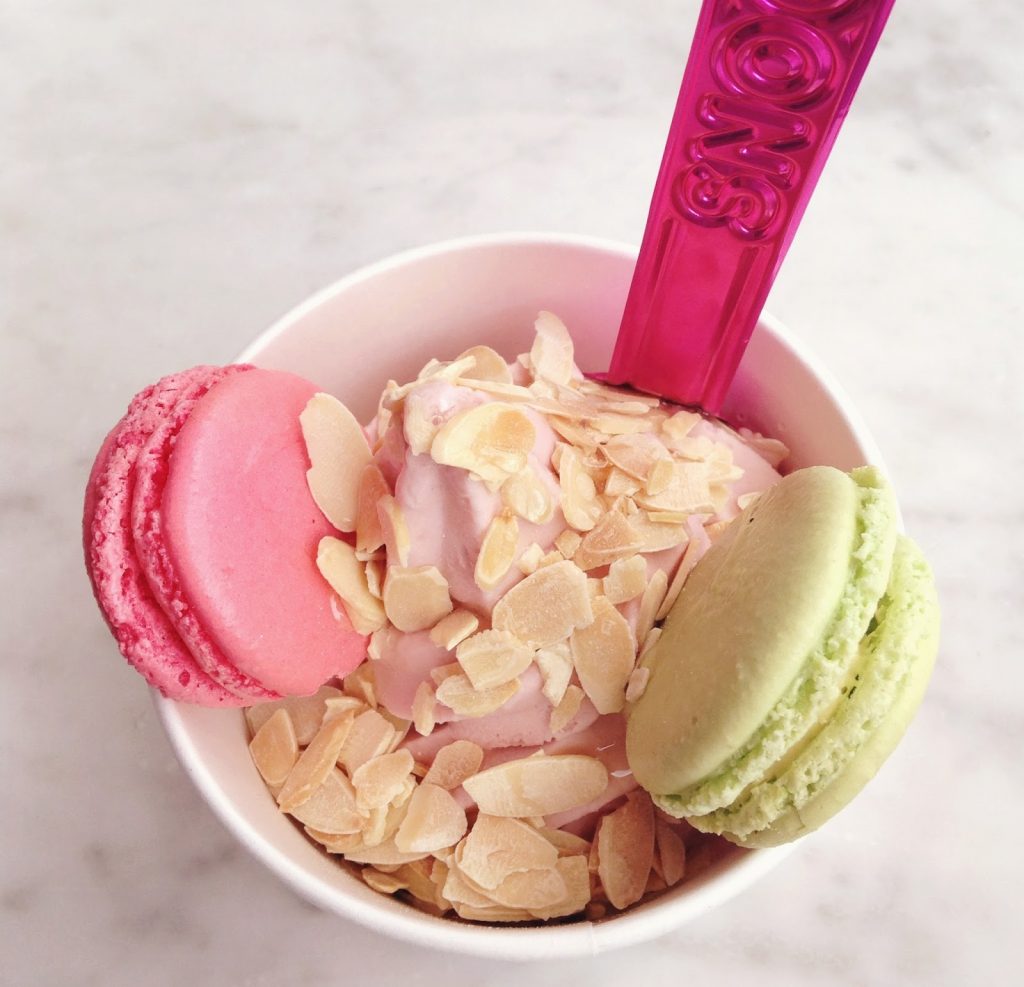 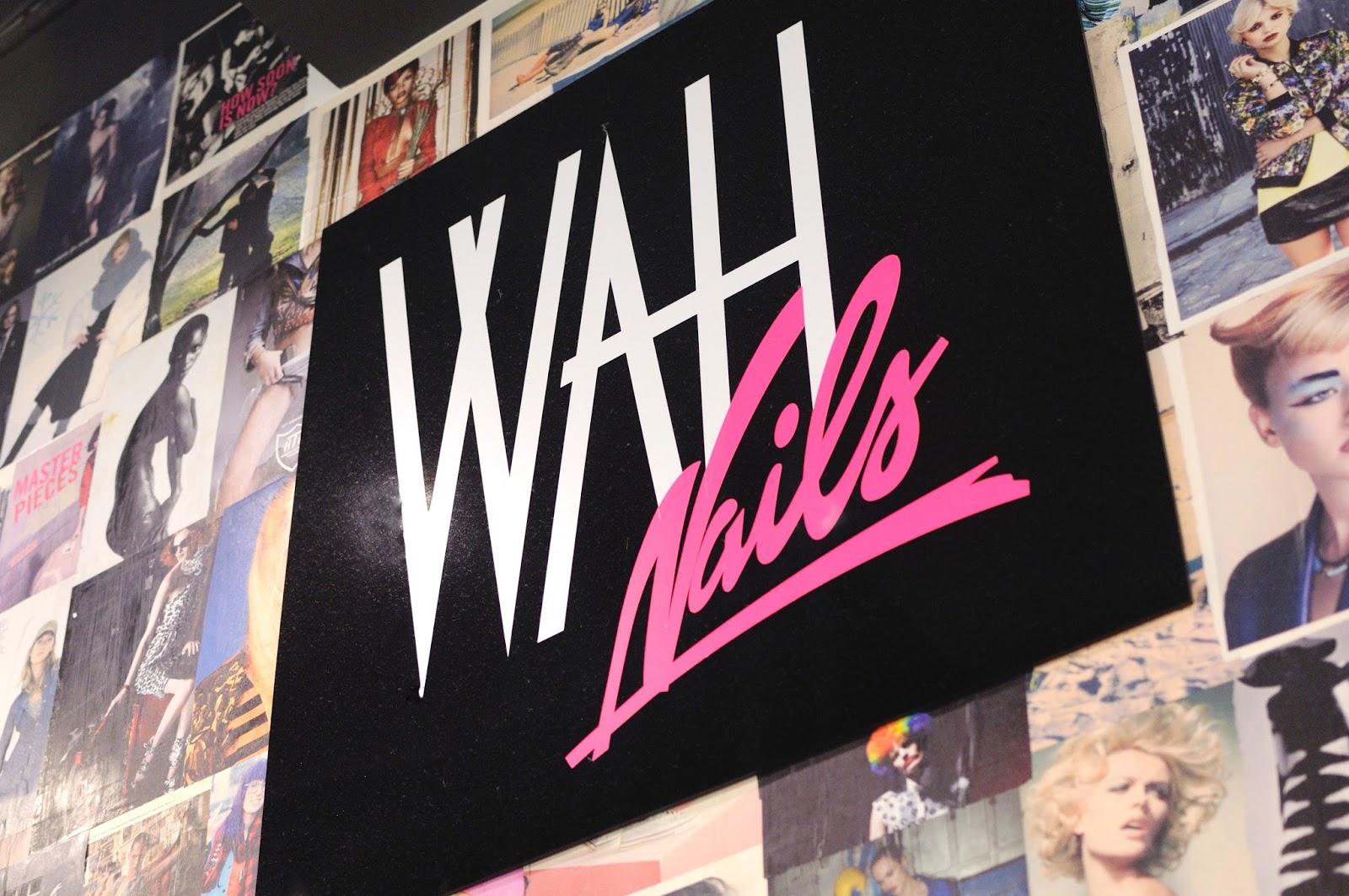 We woke up early for breakfast and then got ready for our spa treatment, which of course, I didn’t get any photos of. We were booked in for an hour long hot stone massage where they massage and place hot stones on certain points of your body to help relax muscle, reduce inflammation and improve blood circulation. It was SO good, I didn’t want it to end! I actually just wanted to go back to sleep afterwards!
At lunch time, we had a small bite to eat and chilled out over a cold drink and then treated ourselves to frozen yoghurt from Snog, we made our way to Oxford Street and I got my nails done at WAH Nails. I will be blogging about this during next week so won’t say too much about it now! 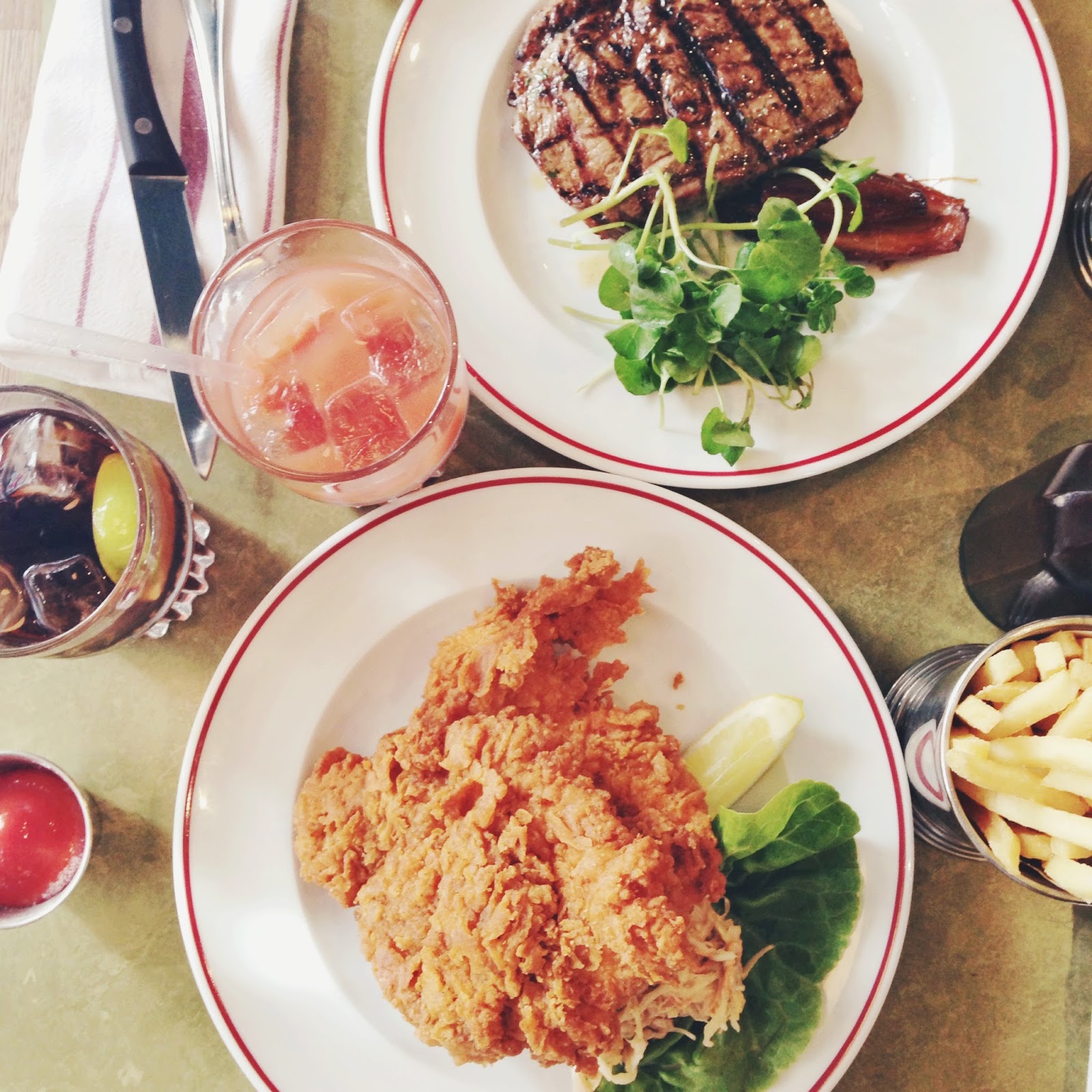 The nail appointment went on for longer than I thought but we stopped off nearby to have lunch at Jackson & Rye. We really like it in here! I had the buttermilk chicken and Niki had a steak. Jackson & Rye is on Wardour Street and I would recommend it to anyone! I can’t wait to go back! 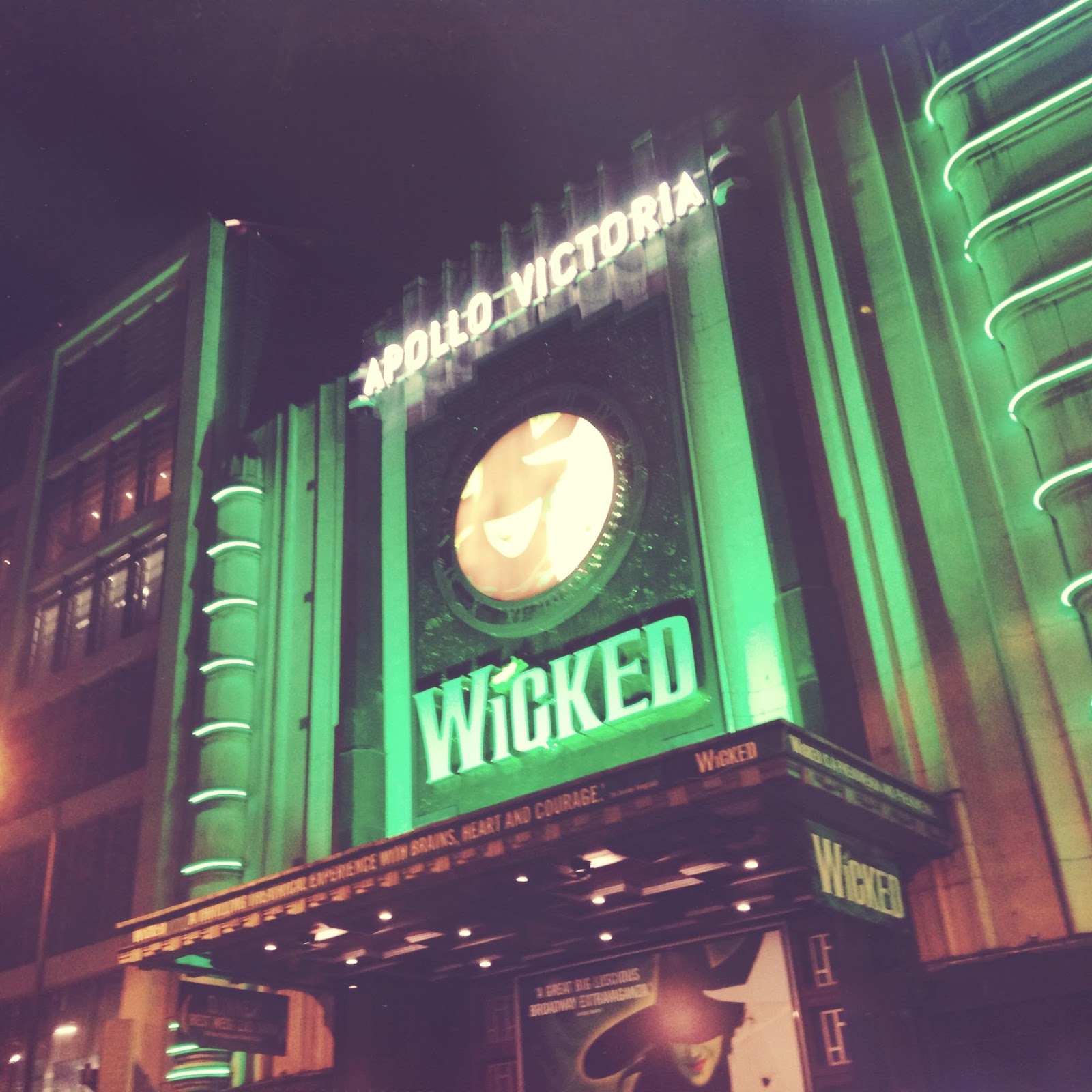 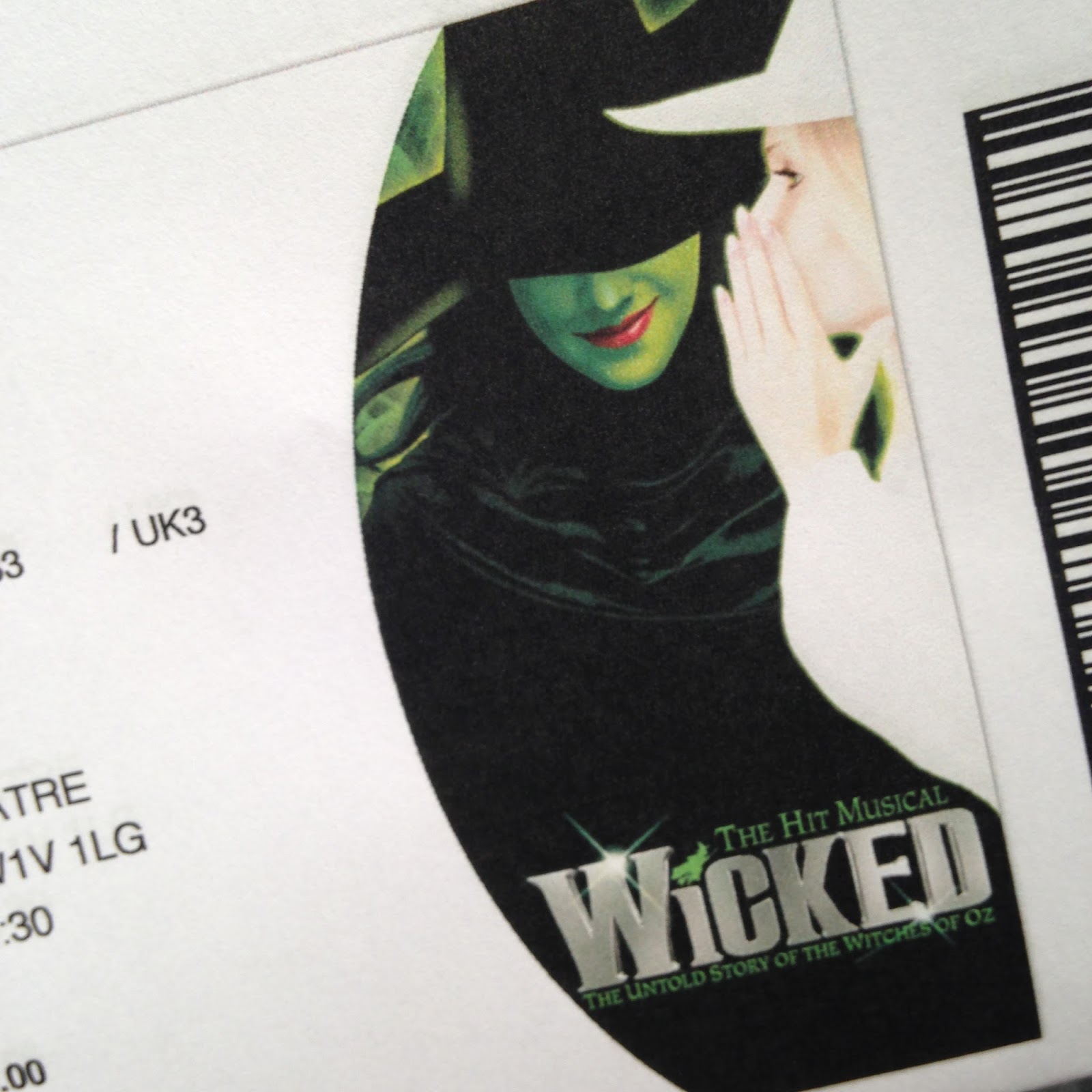 The one thing that I was looking forward to the most was going to the theatre to see Wicked! I have always wanted to go! It was magical and everything I thought it would be more! If you’re a fan of the Wizard Of Oz and haven’t been to see Wicked yet, they are on tour around the UK with dates at Glasgow, Leeds, Birmingham, Sunderland, Salford and more! Check out the Wicked website to if they are coming to a theatre near you! I am definitely going to book tickets and take my mum this time! She’ll LOVE it!
Day Three

Before heading back to the train station to catch our ride back home, we had Champagne Afternoon Tea at the hotel which rounded our trip off really nicely! We had champagne, strawberries and cream to start with. Followed by sandwiches, cakes and the best scones and clotted cream in the country! It was delicious!
The trip went so smoothly and we had the BEST time ever, and we ate soooo much! Keep your eyes peeled for a couple more blogposts on the WAH Nails manicure and Patty&Bun!
▴ Follow Me On Twitter ▴ Like My Facebook Page ▴ Follow Me On Instagram ▴
Special thanks to F&F and Samantha at Element

How To Survive Your First Year At University
A Chat About Wellbeing And Self Care
The Passive Aggressive Adult Colouring Book
The Look Show 2012 | The Royal Courts of Justice
Share this post: