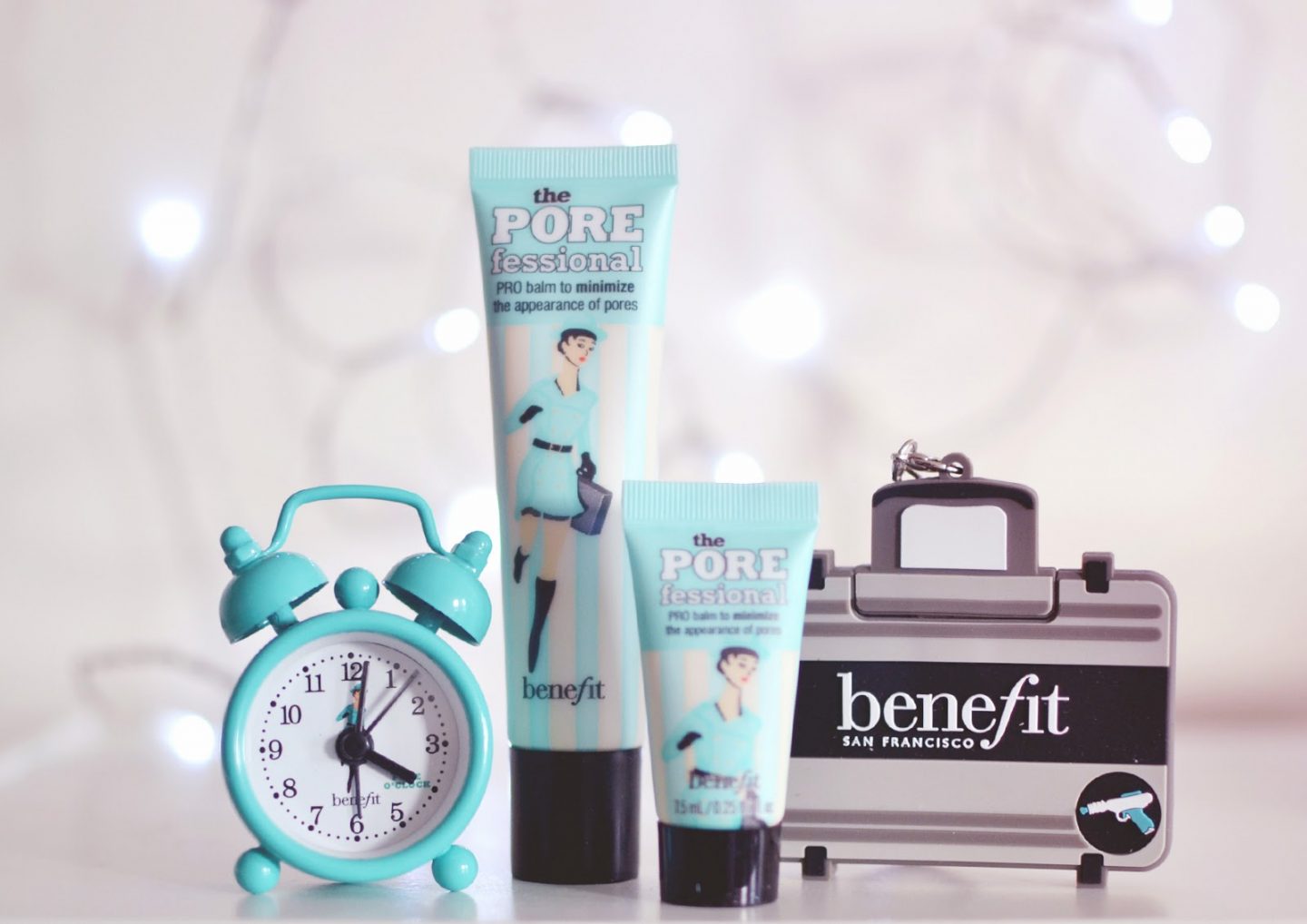 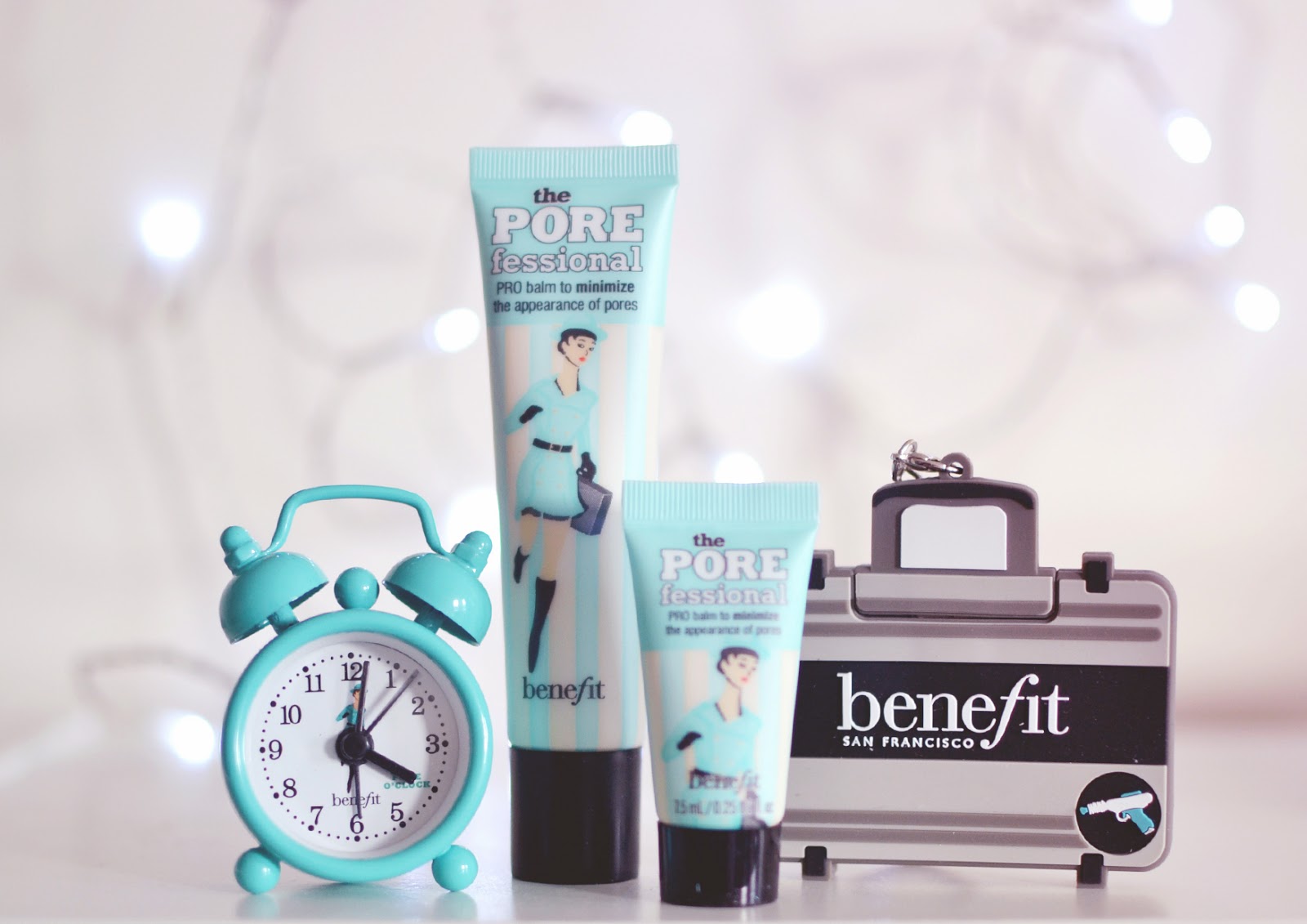 If you follow Benefit Cosmetics on social media then you may have noticed their campaign to push the POREfessional throughout January.
A couple of weeks ago, in the midst of all of this, I received a little parcel through the post which contained a couple of samples of Porefessional, an umbrella, a cute little alarm clock (to remind us when it’s #PoreOClock) and a keyring – which I found out a few days later that this is a actually a USB pen, so that will come in handy! 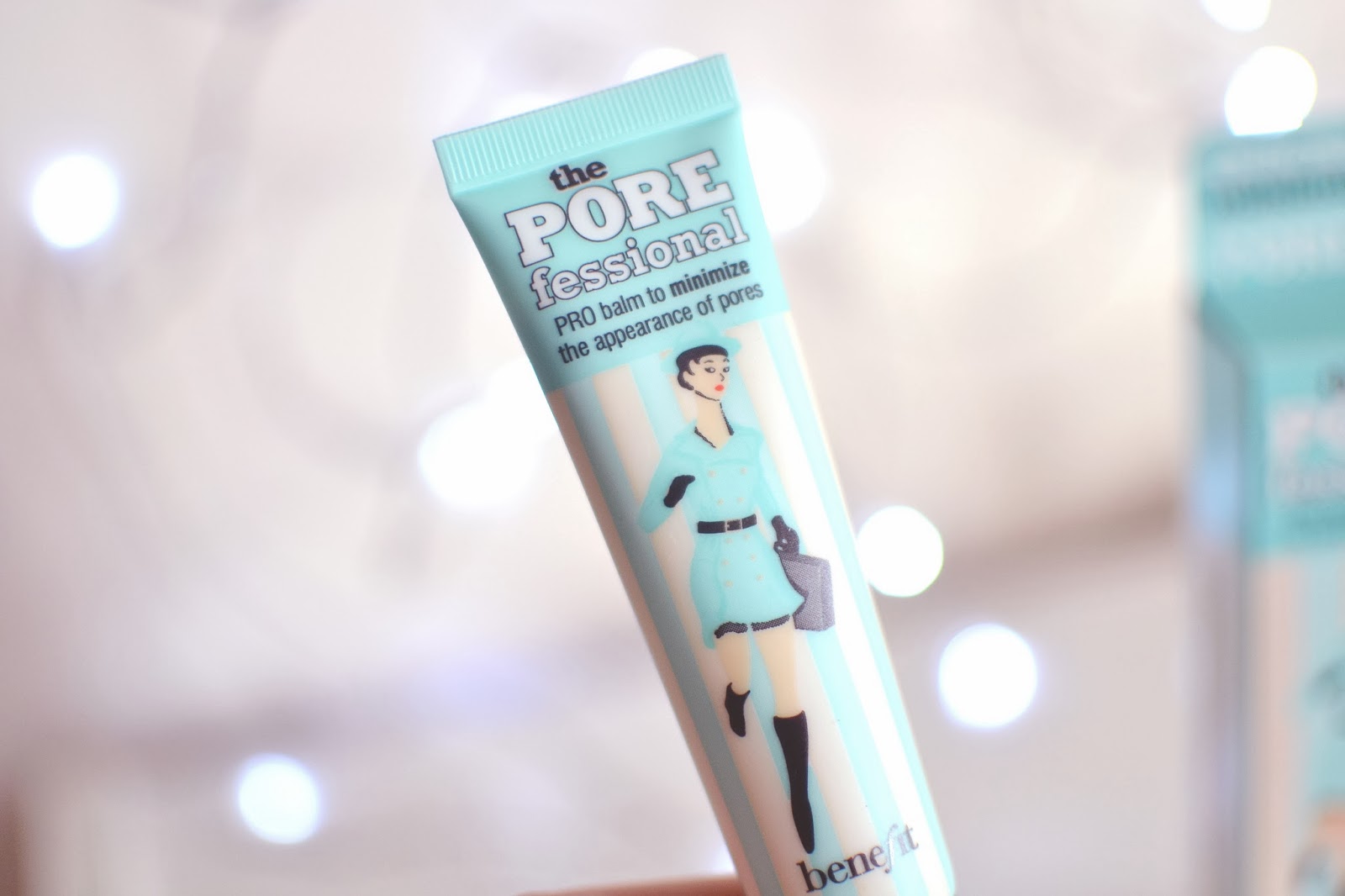 I’ve used Porefessional before but only once; my sister bought it for herself and I tried it out, but I’ve always found the tube too small for the price of £24.50 – is it worth it?
To be honest, if I had a spare £25, I’d probably choose something else from their range. Having said that though, you only need to apply a tiny bit each time and it is a small tube of good stuff! It is one of their best sellers and I can see why! The first primer I bought (from Lancome) was similar to this and I loved how the balmy smooth texture made my skin look.

If you have large pores and have wondered how you could minimise the appearance of them (not get rid of, but it blurs them out, so to speak), the first make-up product that will come in to everyone’s head is Benefit’s Porefessional.

It’s such a cult classic amongst Benefit fans and it’s so popular with beauty experts and beauty junkies alike!
POREfessional is a silky, smooth, and lightweight balm which you apply to the face after moisturiser but before foundation and BB creams. Apparently, you can also apply it over make-up which is where the #poreoclock (which is four o’ clock, if you hadn’t already guessed) campaign came in to play. I haven’t tried this yet as I wear a lot of blusher so I’d be worried that I’d end up with streaky cheeks!
The balm comes out of the tube as beige colour but it is actually translucent when applied on skin, so it suits all skin tones and you can simply apply this to certain parts of your face as opposed to all over.
It sinks in to your skin within seconds, I’m always amazed by this type of primer, it seems to works like magic. It has a pleasant smell to it but I actually prefer these types of products, along with BB creams and foundations, to be odourless.

Benefit Cosmetics POREfessional* – £24.50
Used on it’s own, it does a fantastic job of minimising the appearance of pores, it doesn’t work well (for me) as a make-up primer. Sure, it makes your skin look so incredibly flawless and air-brushed but this primer makes my make-up slip off within an a couple of hour, and I don’t seem to be the only one. I think it all depends on what skin-type you have. If you’re on the oily side, it might be best to use this slippery balm as a make-up primer.

With this feedback from customers, I am beginning to wonder if the new spin-off product The POREfessional: Agent Zero Shine is a response for a solution? It’s ideal to use both of them together because the powder does a great job of setting make-up and controlling shine.