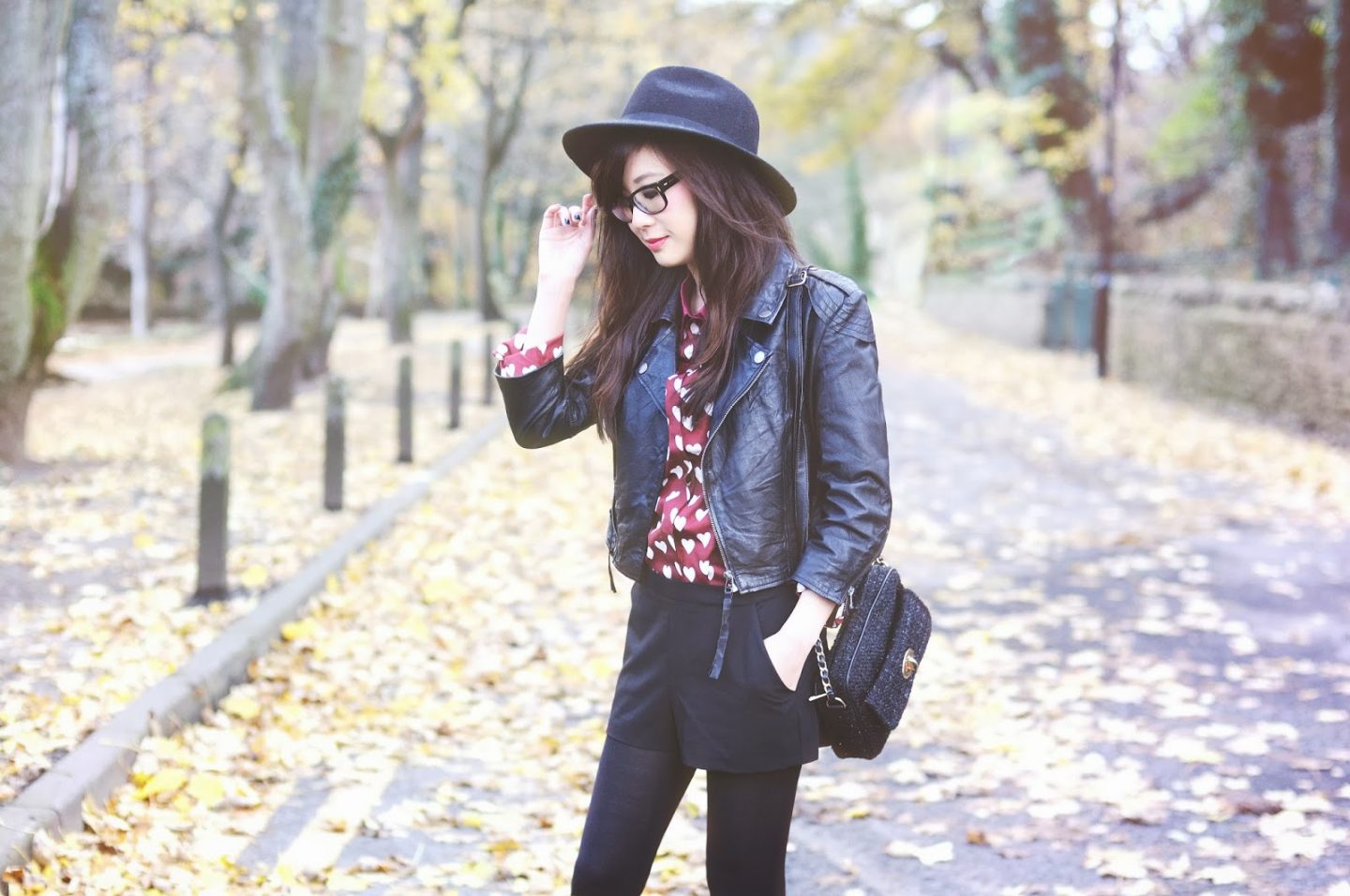 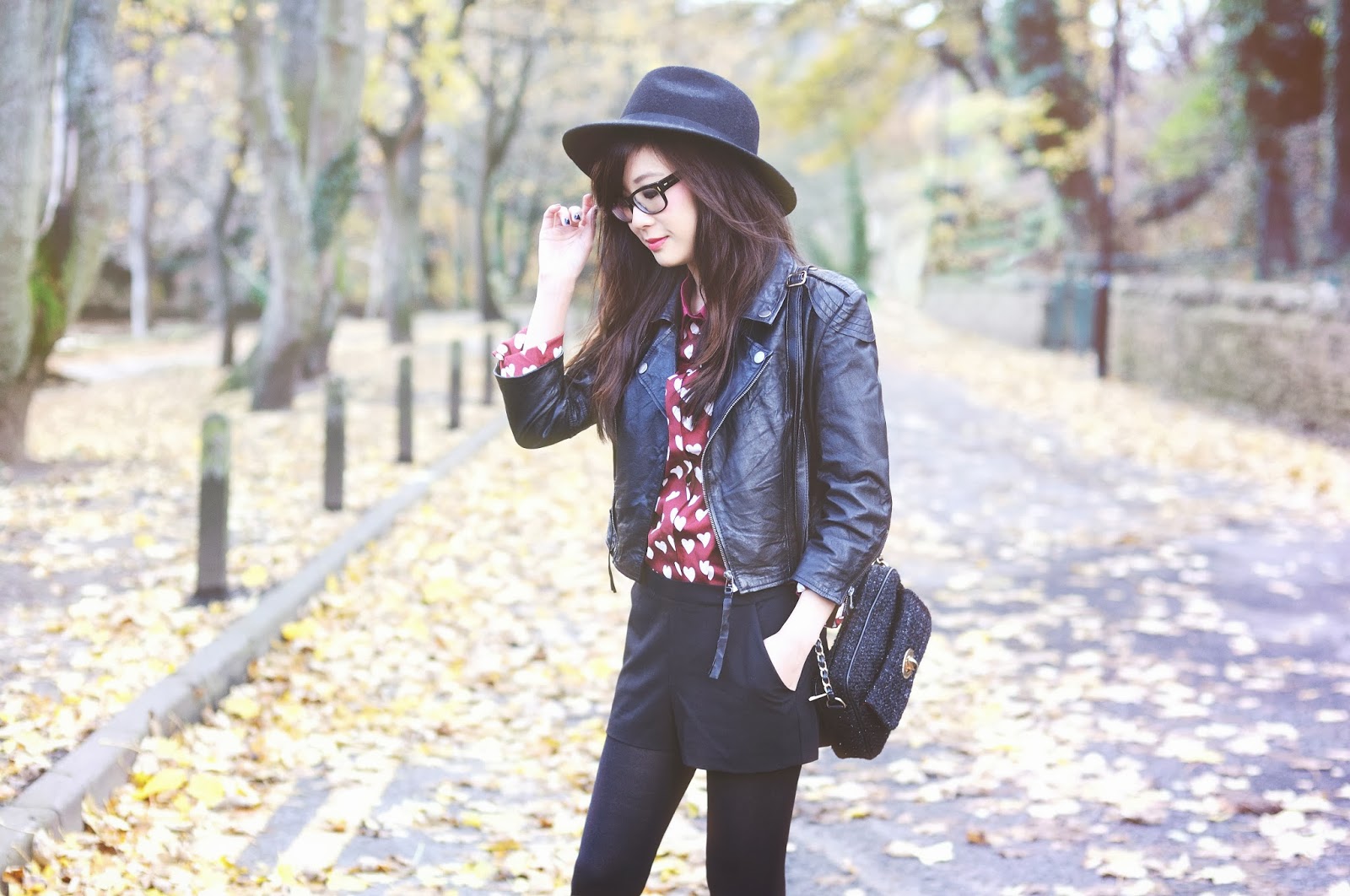 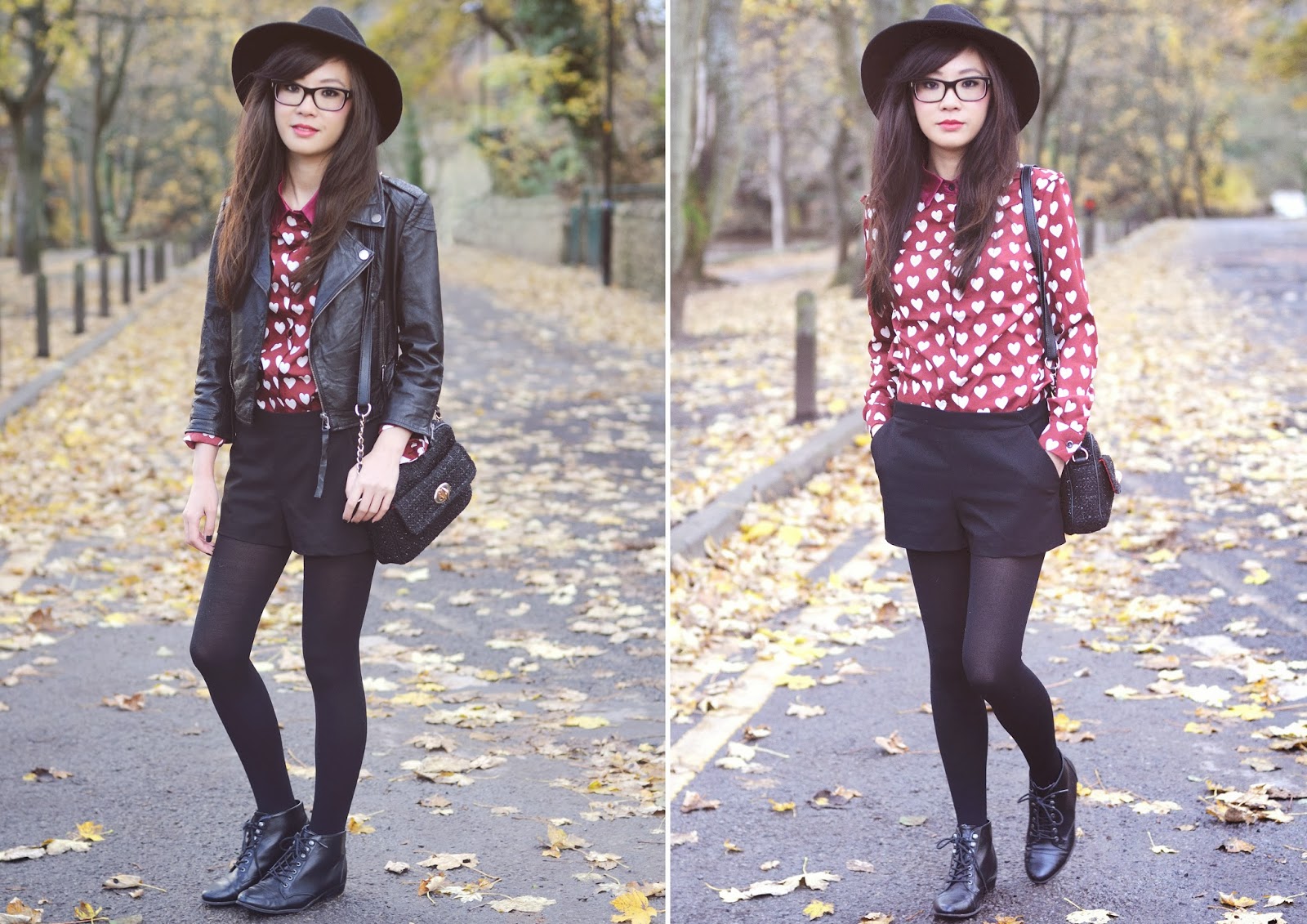 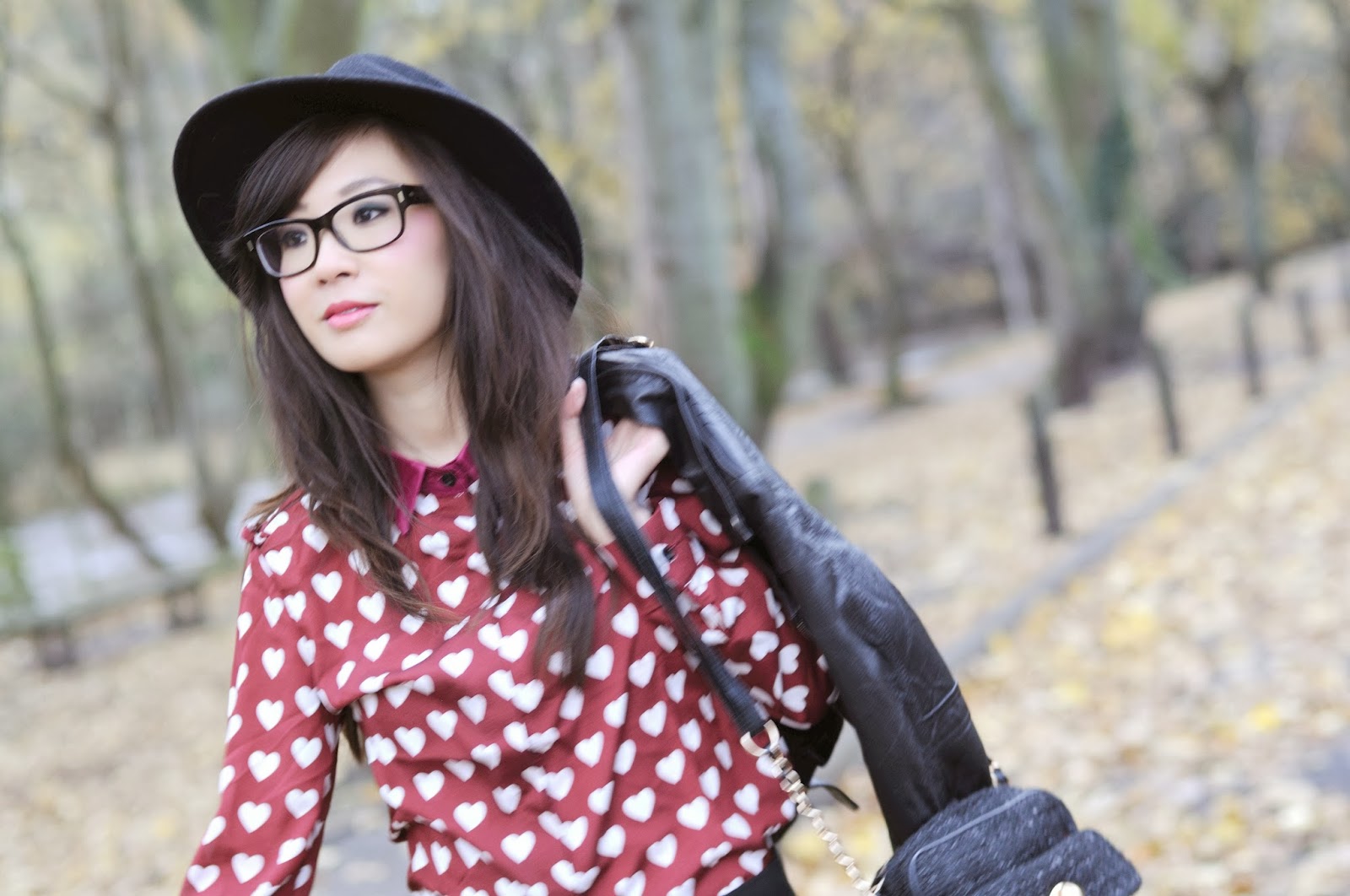 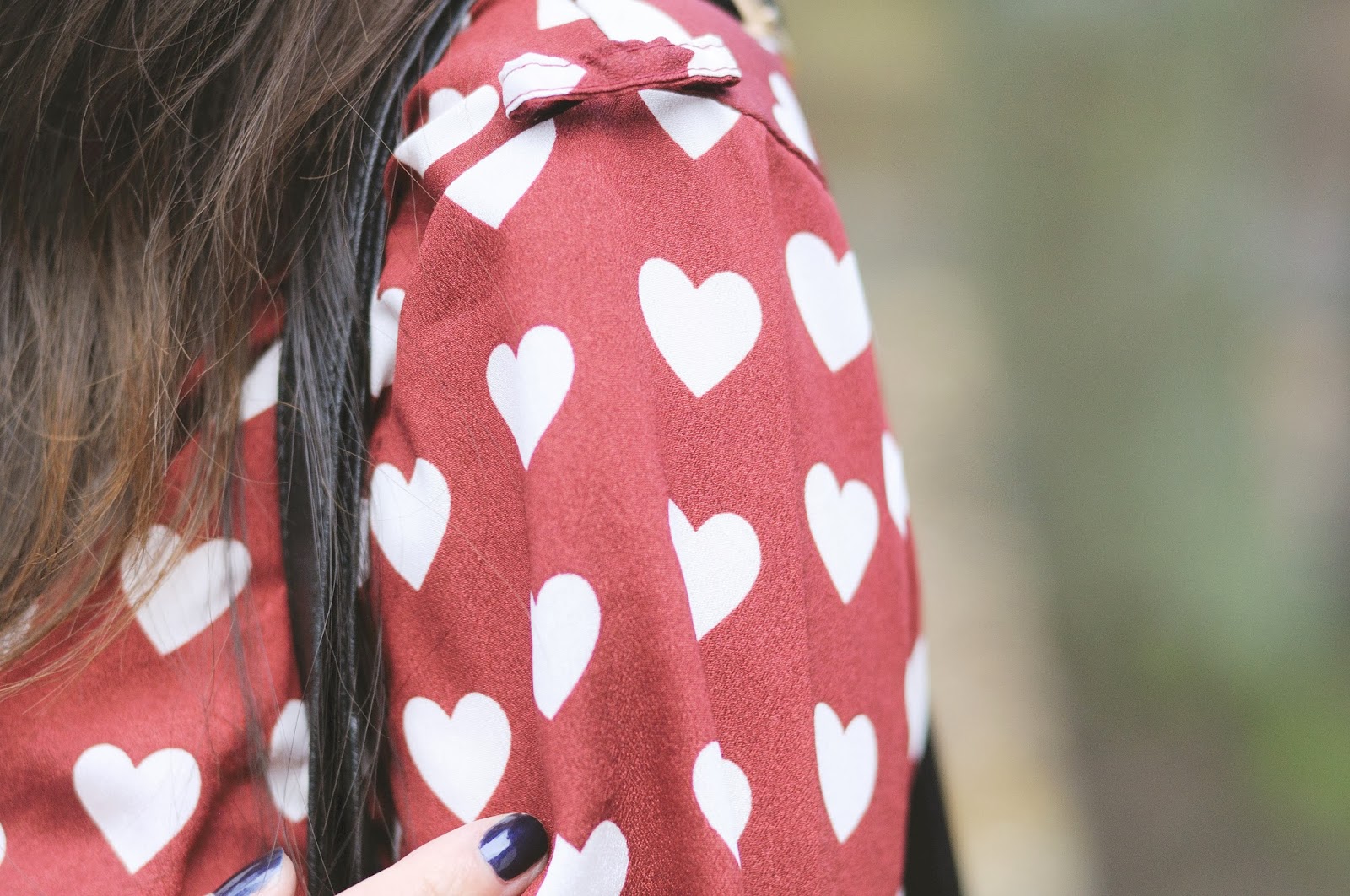 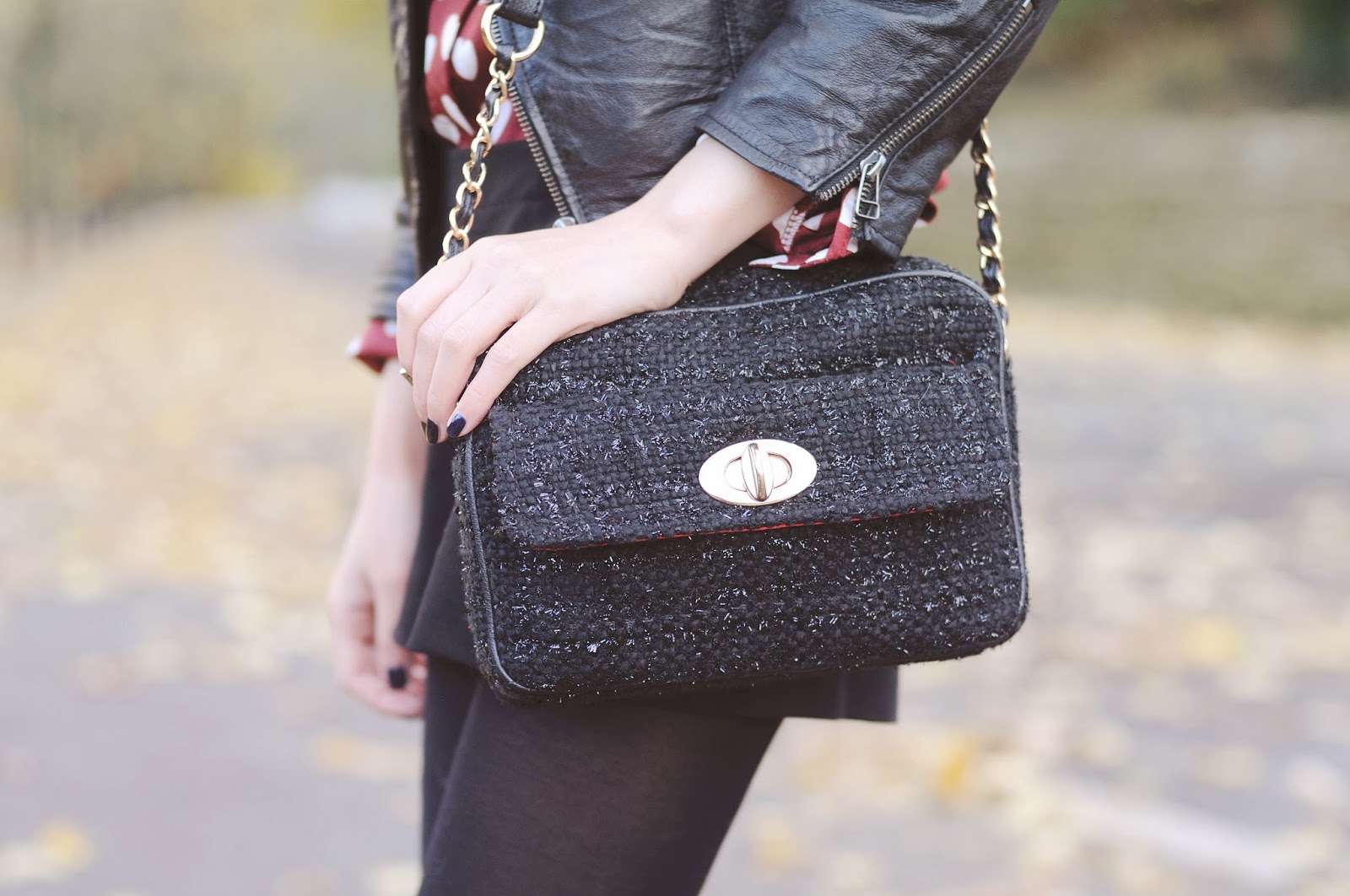 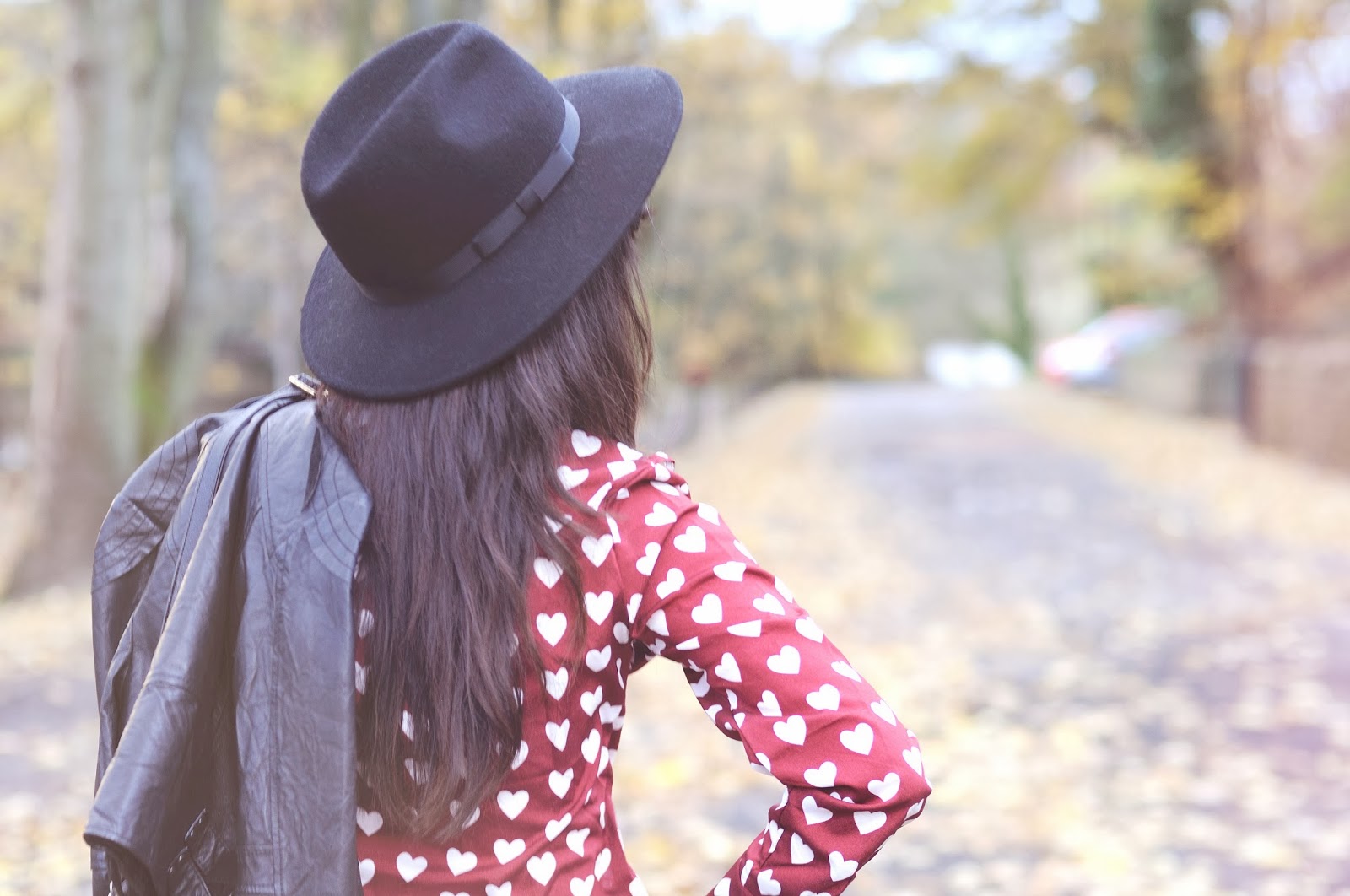 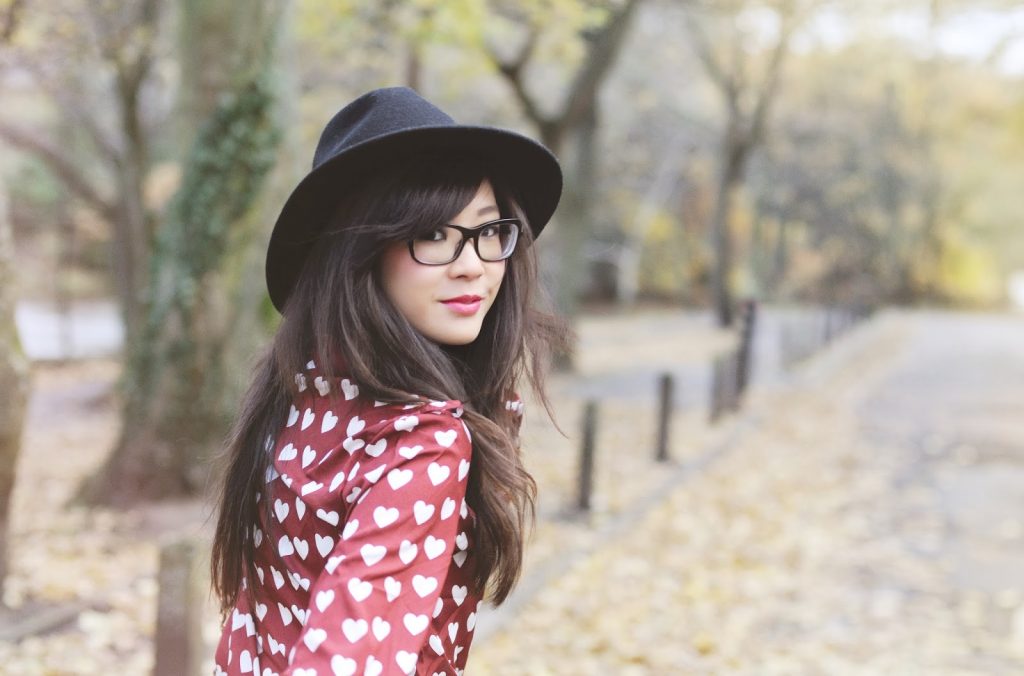 Hat: ASOS / Jacket: Similar here / Short: ASOS / Boots: Similar here / Bag: F&F
I thought I’d get out of the house and make an effort for you guys! I tend to save my favourite outfits photos of the week to post on the blog every Sundays. Well, maybe I don’t quite make it every single Sundays but I try to!

With that in mind, I have also decided to pick my favourite outfits to shoot a video for which will be uploaded to my YouTube channel every Sunday, and here’s the new video! I’ve done pretty good job sticking to the schedule so far but it has only been three weeks! I can’t do them for every outfit because I rely on someone useful to help me shoot and film, and he only gets one day off per week, so I’ll just pick my fave outfit of the week!

Ever since I started blogging, we have both learnt so much with how to use SLR cameras and editing software. We’re not experts or anything, I basically just google everything, and to be honest, half of the time we’re completely winging it! One thing’s for sure though, is that it is 100% team work in that Niki films and I edit. He stands out in the cold with me and I don’t say it enough but I am forever grateful!

I spent four or five hours editing the new video (I know, I’m not very good at this yet!) because the lighting is so off and I also wanted some of transitions to match the beat of the music. Anyway, we got out of the car and it started to rain after ten minutes! The fedora hat saved the day because it shielded me from the rain and we just carried on working away!

I actually forgot I had this hat! Not only it saved me from looking like a panda-eyed, drowned rat, it also hid my unruly hair. I’ve been wearing it curly lately but I was running late on this particular day! It has been a battle with natural daylight which fades ever so quickly. So, my hair is not as glossy as it usually is because I just washed it and let it dry naturally. Add the moisture from the rain and the result is somewhat fuzzy, knotty and straggly mess! Girls, you know where I’m coming from!
The bag I’m wearing here is my favourite purchase recently, it is from F&F and cost only £12.50 but as it’s made from a tweed material, it looks more expensive that that. It’s just the right size for me and I love it! I’ve bought a few bags from F&F this year and they’re still in good condition, it holds up way better than the ones from Topshop!
▴ Follow Me On Twitter ▴ Like My Facebook Page ▴ Follow Me On Instagram ▴

43 thoughts on “Wearing My Sunday Best”