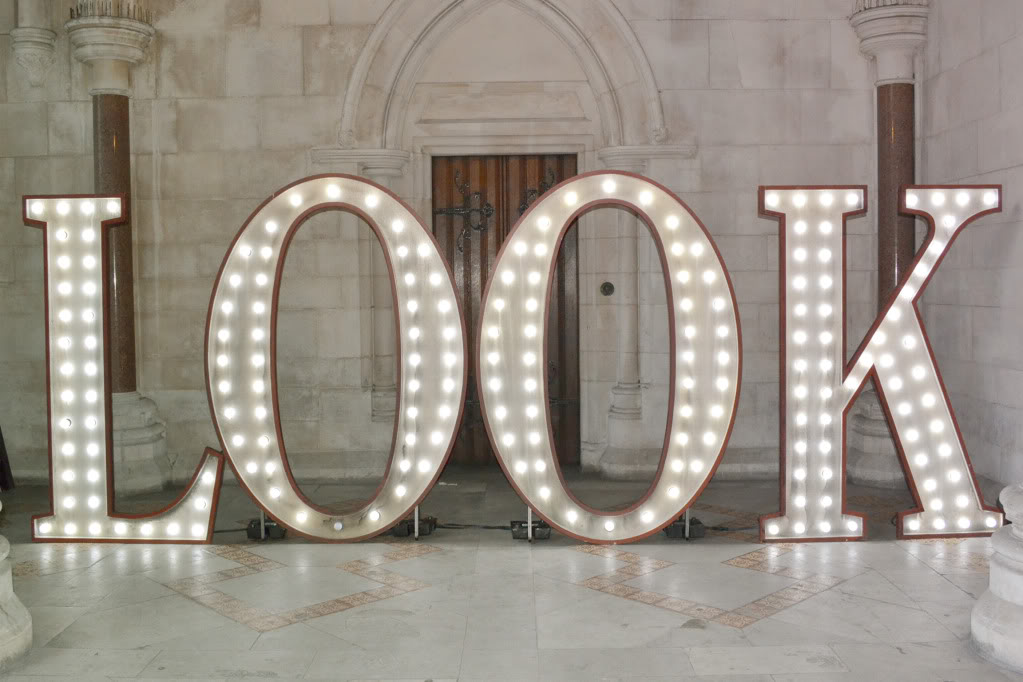 The Look Show 2012 | The Royal Courts of Justice

Last weekend, I took an exciting road trip to London to attend the fabulous The Look Show event which was held at The Royal Courts of Justice.

When I received my invite, I had to double check that it said what I thought it said! “Venue: The Royal Courts of Justice”. I was really excited as I knew it would be bigger and better than last years, even though last year’s was mega crazy! I didn’t think they’d be able to top it but they have outdone themselves!

Last year’s LOOK Show was held at Westfield Stratford City and it was so good, I knew we would be in for a treat this year with it being at the Courts!
The show was Saturday but I didn’t get my ticket through the post until the following Monday so when I got to the door, there was a confusion. I actually thought in my mind “omg, I’m not going to be allowed in” but thankfully, Lara for coming to save us.

We were advised to get there for 2:30pm so we decided made most of the day by visiting the V&A beforehand.  I didn’t want to get too “dressed up” for a Saturday morning but when I got to the venue at 2pm, everyone looked gorgeous in their beautiful outfits and began to feel like I should have made more of an effort instead of opting for “comfort”.
My insecurities aside, I had an amazing time and just like last year, I will split the blog posts up in to three parts; The venue, the catwalk, the celebrities.
We were invited to an area on the first floor where we had champagne, cocktails and nibbles. I walked through to the end of the room where the celebrities were coming through but I was too scared to take photos of them.

The Look Show 2012 was in association with Smashbox and they had set up several stands all along one side so that guests could get their make up, hair and nails done if they wanted to.
I briefly met fellow bloggers Law, Clare, Jai’me, Lily, Heidi, Lola and Fikki, but I was most excited to meet was Rose from Mixed Gems blog. I don’t know why but I always felt that if we met, we would have an instant connection! I always feel more connected to people who are the same height as me! It’s like we’re on the same level or something…… (bad joke?!)

After taking it all in, and filled with a few drinks, we all made our way to the catwalk area where we were treated to a preview of the current trends that is on the high street this Autumn Winter!
Follow Me On Twitter ▴ Like My Facebook Page ▴ Follow Me On Instagram ▴

What I Wore: Cat Sweater
In love with Fashion
Outfit: Styling A White Nautical Vintage Dress
I Moustache You A Question
Share this post: