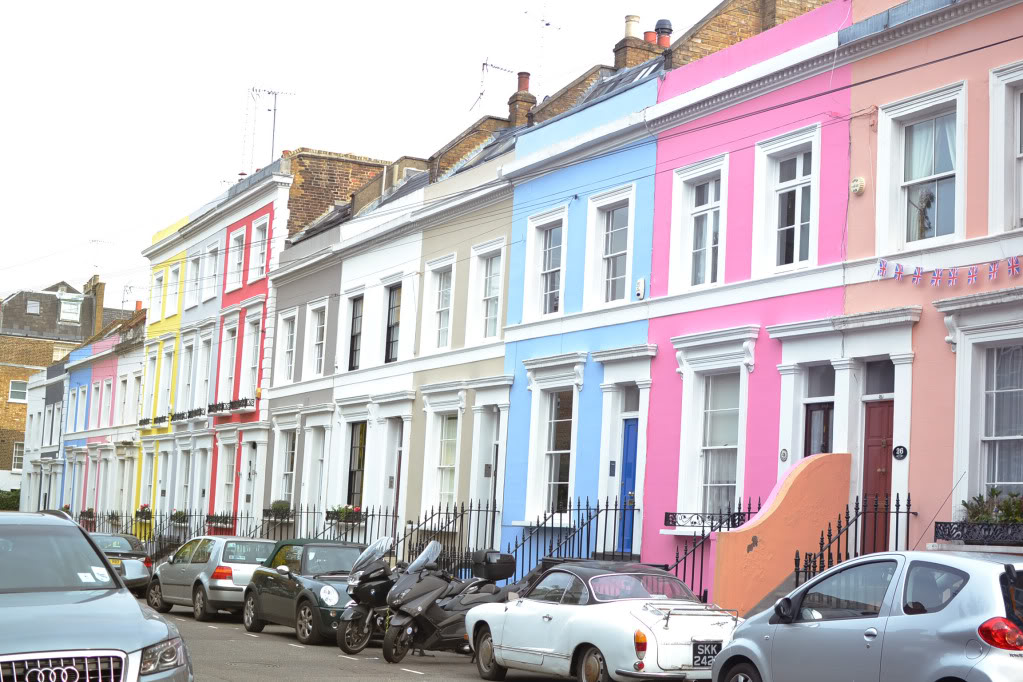 Last Sunday, we spent a few hours walking around Notting Hill and it was the perfect end to a busy weekend.
I love going to Notting Hill, it’s one of my favourite areas of London because it’s so colourful and lively! I made sure that I tried Bubbleology and Hummingbirds Bakery before I headed back home, I hear so much praise about both of them and they are often on top of recommendation lists, I couldn’t miss out.

As I am such a massive fan of the film, Notting Hill, I was rather disappointed when I finally came across the the “travel bookshop” from the movie to find that it’s a tatty shoe shop. I knew it wasn’t a book shop in real life, it’s actually a really messy cheap shoe shop in real life which was such a let down.

We just strolled around for ages. The best times I’ve had in London are when I don’t have a schedule, and I don’t have to be getting to a certain place at a certain time.
I suppose some people like things to be planned, and more often than not, I devise an itinerary so that we get the most out of the time we’re there! But I do love the more spontaneous times when it’s more chilled out – it’s generally less stressful!

As always, the weekends wasn’t long enough and before we knew it, it was time to drive back home.

I think I’ll make plans to visit again in a few weeks time, I want to go to the Hollywood Costume exhibition at the V&A. It looks like it’s going to be so good!

What I've Been Up To: Celebrating Birchbox's 5th Birthday
Baleeblu and Coolway Event | London
Road Trip: Ice Cream Parlour
Travel: Things To Do In Liverpool (Day 2)
Share this post: