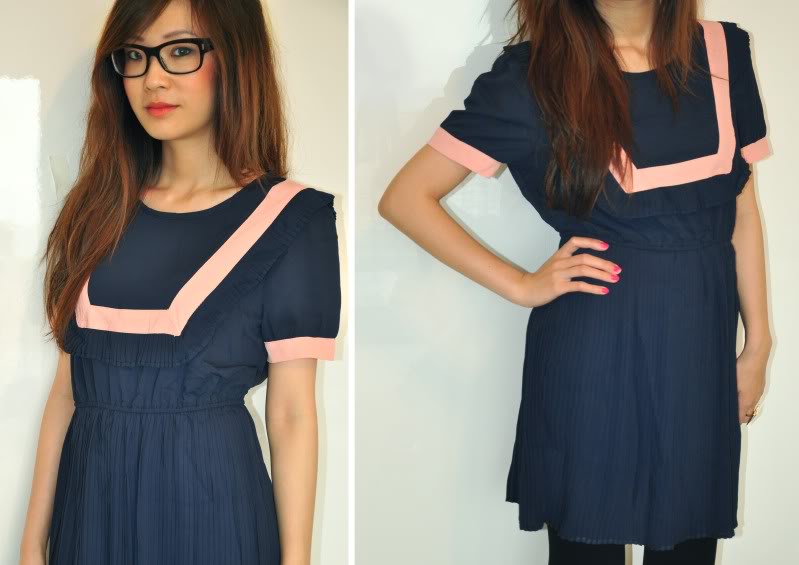 Dresses* Jolie Moi
I have two outfits for you from the past two days, and I’ll have another blog post for you later on too! Both dresses are from a website called Jolie Moi and as I haven’t been up to much other than working so haven’t accessorized these outfits or worn a coat/blazer/jacket with them. I would wear a leather jacket with the cream dress, to toughen it up a bit! It looks so much nicer in real life, I just couldn’t get the lighting right for when I actually had it on. 🙁 Jolie Moi have a great range of clothes to choose from but I always go straight to the dress section! They have a few galaxy print items which are popular in the bloggy world! I also love the Tiger stuff too but there’s no way I could pull it off!

It feels like such a long week for some reason! I’ve been running the GHD Limited Edition hairdryer giveaway and I’m so overwhelmed by all the entries so far. It ends tonight so if you’re feelin’ lucky, then click here and enter away! If you don’t have a blog (I know not everyone who reads this will have their own blog), you can enter on Facebook on Twitter. If you have entered via all three social media channels, then your name will be added to the prize draw three times.

I’m off to work on my next blog post now which will be published tonight. I don’t have time to blog tomorrow so that is why I’m writing up another post for later on. I have a lots of beauty product reviews to get through and I just need to knuckle down and get on with it. I bought so much recently! I’ve also been sent some stuff to try too, so blog posts will be a mixture of my own purchases and PR samples. Either way, I need to get through this list of reviews, have been so eager to show you all what I’ve bought!

Currently Coveting: A Fashionable Autumn Coat
At The Weekend: Being Pineapple Dorks
The Cutest Tiger Shirt! Ever!
Dresses from LittleBlackDress.co.uk
Share this post:

21 thoughts on “Dresses from Jolie Moi”