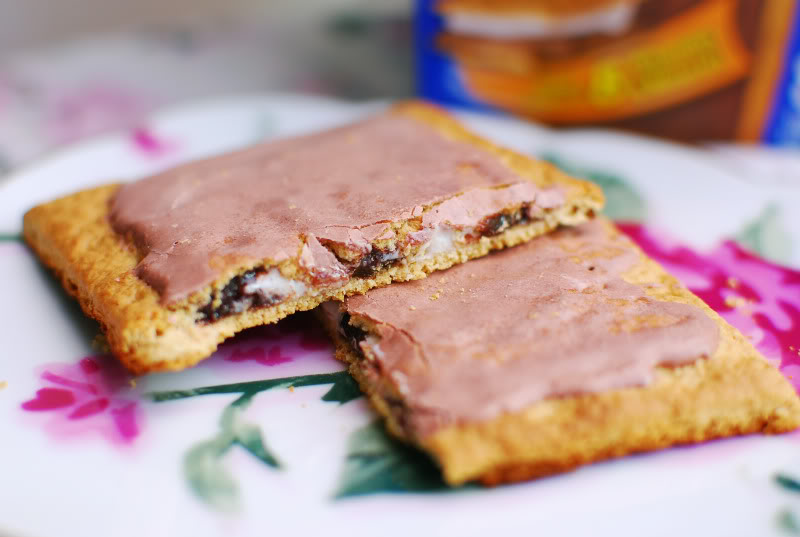 *S’Mores Pop Tarts (£4.40) and Pretzel M&M’s (£1.39) from www.cybercandy.co.uk
A couple of weeks ago, I introduced you to the wonderfulness that is Cyber Candy! The UK based company that sells an array of American sweets (and more). Who knew you could get our holiday favourites in England! Cyber Candy sent these two products for me to try but I also recently made a big order for my pals at Hero&Cape who have been devouring their sweeties this week! They turned one at the end of July and to celebrate the launch of a new capsule range, I thought they deserved a treat or two! (or 13, to be precise!) As you can see from Hero&Cape’s candy blogpost, I re-purchased some Milka Oreo chocolate for them! I also treated myself to some Reese’s pieces! I don’t like actual peanut butter but I love peanut butter flavoured food! As a customer, I can confirm that the Cyber Candy service is just as brilliant as the products they offer! The team and Hero&Cape were delighted with their parcel and so am I!

The two products that the company sent me were S’mores Pop Tarts and Pretzel M&M’s. I’ve actually tried the S’more Pop Tarts before because my sister has bought them before and she made me some when I was feeling a bit poorly! We ate them with a big jar of Marshmallow Fluff to dip the crusts with! So, what are S’mores, I hear some of you asking? I was intrigued when I first heard it on American shows such as Sex And The City (when Aiden drags Carrie to the house he built in the countryside and promises to make her S’mores). It is traditionally a campfire treat and it’s basically melted chocolate and toasted marshmallow sandwiched together with crackers. I’ve made s’mores before – unfortunately in the oven and not around a campfire – and it can be really sickly, as you can imagine, but the Pop Tarts had the right amount of filling. I do find the edges really dry and I pick them off and leave them aside sometimes. I am like that with bread aswell, I get rid of the crust! The M&Ms were something that I have been recommended before, I knew about this product but never knew where to buy it outside of the States. The packaging states that they’re crunchy, salty and sweet. Somehow I expected them to be reeeaally salty, but of course, the balance of flavours were just right! Cyber Candy also stock other M&M flavours, there’s coconut, mint and also peanut butter ones. All sounds SO yummy, especially the PB ones!!!